Let's (Not) Play Games with Dodd-Frank 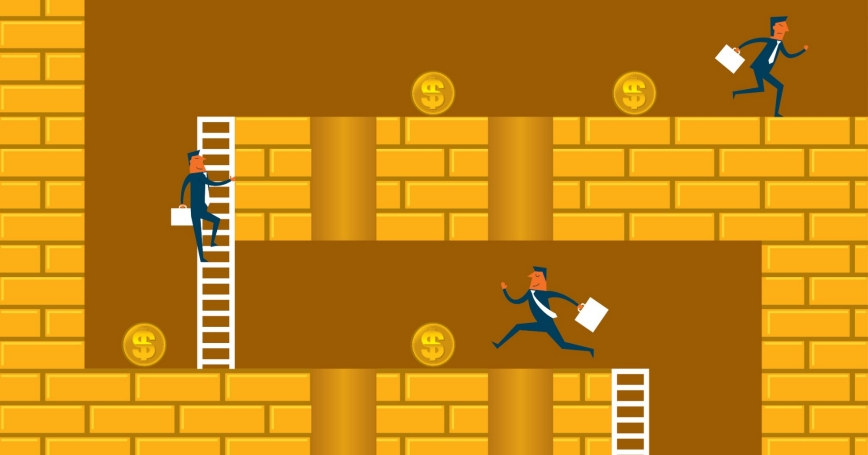 Dodd-Frank, the 2,300-page financial reform law passed in 2010, is now itself the target of reform. The measure, designed to avoid a repeat of the 2008 financial crisis, responded to concerns by creating new agencies, numerous new rules, and lasting controversy. Some argued it went too far and would harm the economy. Others argued it didn't go far enough and won't stop the next crisis. Now the Trump administration, notable critics of Dodd-Frank, has moved to claw back regulations through new executive orders that call for the review of key rules.

While an overhaul of Dodd-Frank is needed, the temptation to deregulate as quickly as possible could prove disastrous without a comprehensive evaluation of the risks. Missteps could weaken financial stability or hamper growth. Instead, policymakers and stakeholders in financial reform should pause and draw inspiration from, of all places, video games.

Policymakers and stakeholders in financial reform should pause and draw inspiration from video games.

To illustrate, consider a basketball simulation game. Modern games can model how the players move around and respond to each other's actions. Those virtual players can learn from and adapt to a panoply of variables, including the behaviors of teammates and opponents, the rules of the game, and the enforcement of the rules by referees. Now imagine the game auto-running tens of thousands of times, each time with a new variable — switching the center, for example, or moving the three-point line. Having the ability to plot every permutation of the game and generate likely future scenarios would be empowering.

Of special interest to regulators is how the game could be used not only to predict but to shape the outcome. Say the goal is to reduce the number of three pointer attempts by 10 percent. The simulated game could reveal just how far to move the line to achieve the desired reduction. Known to researchers as an agent-based model, this approach has been extended far beyond the basketball game to complex socio-economic systems. Applying it to our modern financial system could produce real benefits for regulation.

Instead of basketball, the game could simulate the interactions of key players in the American economy and responses to current regulation and enforcement. This computational analysis could even allow policymakers to design rules that would lead to desired outcomes, such as bolstering small businesses or lowering borrowing rates.

Dodd-Frank changed the financial regulation game by imposing more than 400 new rules and mandates. Of these, the stricter requirements for bank capital reserves have been among the more controversial. Treasury Secretary Steve Mnuchin has argued that parts of Dodd-Frank — notably capital reserves requirements — are suppressing banks' ability to lend as well as their profits. However, in testimony to the Senate Banking Committee, Federal Reserve Chairwoman Janet Yellen directly countered this claim, arguing that both credit access and bank profits have been robust. More worrying, Federal Reserve Bank of Minneapolis president Neel Kashkari, has argued that the nation's largest banks would still require assistance if economic calamity strikes again. Still, others argue that far fewer rules would have prevented the crisis. How can Dodd-Frank reformers cut through this thicket of conflicting claims?

Imagine a simulation with banks, trading houses, and regulators. Running through thousands of different possible futures, the game could be used to predict the effects on banks and lending when capital reserve requirements are raised or lowered, the impact of big swings in the nation's economic health on issues such as credit access, and the efficacy of bailouts. Such a simulation could illuminate potential solutions to vexing questions about whether banks are too big or interconnected to fail. These types of simulations should be used to find the smallest set of regulatory building blocks that keeps the financial system structurally sound. Removing too many blocks could be catastrophic.

Jonathan Welburn is an associate operations researcher, Raffaele Vardavas is a mathematician, and Zev Winkelman is an information scientist at the nonprofit, nonpartisan RAND Corporation.

This commentary originally appeared on The Hill on May 4, 2017. Commentary gives RAND researchers a platform to convey insights based on their professional expertise and often on their peer-reviewed research and analysis.