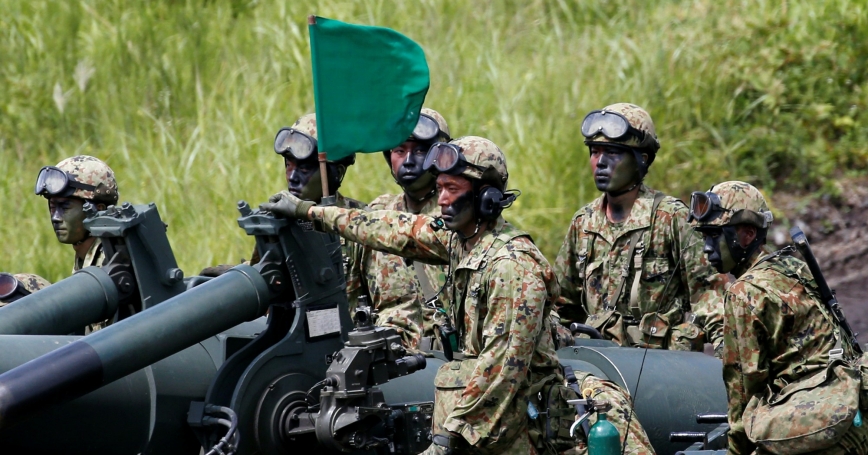 After 70 years, Japan may finally be on the cusp of acquiring its own military. Legally, that is. Last month, Prime Minister Shinzo Abe indicated his desire to change the Constitution by 2020 to include a clause to give legal standing to the Self-Defense Forces. The revision, while historically controversial domestically, is long overdue.

Written in 1946 by the United States after Japan's devastating defeat in World War II, the Constitution legally prohibits Japan from waging war and obtaining “war potential.” Article 9—often referred to as the peace clause—renounces war as a sovereign right and the threat or use of force as means of settling international disputes. In order to accomplish this aim, the article specifies that “land, sea, and air forces, as well as other war potential, will never be maintained.”

In spite of the article, Japan went on to establish the SDF in 1954, building it into one of the most advanced armed forces in the world. Japanese governments were able to do this by arguing that because the SDF's exclusive purpose is defensive, including a conscious decision not to acquire offense-oriented weaponry, the SDF does not violate the “war potential” prohibition. Domestically then, the SDF is not a military. To everyone outside of Japan, the SDF is a military. As a result, the SDF exists as a military in all but name, and this is exactly why Abe's proposed constitutional revision makes sense.

Although Japan's most immediate neighbors continue to view Japan through an antiquated lens from the early 20th century, that perspective could not be further from the truth. As the region's longest serving democracy, political control of the military in Japan is firmly entrenched. Moreover, the country stands as a postwar exemplar of how a state can manage a “peaceful rise” while helping developing countries, not threatening or intimidating them. With economic growth and democratic maturity came an expectation from international society that Tokyo should contribute more to international affairs. Over the past 25 years, it has searched for ways to fulfill that expectation. Not being able to “bleed” like other militaries, the SDF has been learning how to “sweat” in a growing list of noncombat missions abroad.

The Constitution has never been revised. This irritates more conservative Japanese who feel uncomfortable with the fact that their nation's basic law was written by foreigners. While a wide range of proposals for revisions have been debated through the years, proposals on Article 9 always cause the most contentious debate. For most supporters of revision, providing a clear legal basis for the SDF remains a core goal. For opponents, it is pride in the pacifist ideals set out in Article 9 and an effort to prevent a return to a revanchist 1930s Japan capable of unleashing its military overseas.

The revision Abe is proposing is referred to as “kaken”—adding something to the Constitution. His proposal is subtle, yet legally important. The more than 220,000 Japanese citizens who voluntarily join the SDF to defend their country from harm and to be deployed overseas on noncombat missions should not have to live in legal limbo. It is time to establish an explicit legal basis—rooted in the Constitution—for the SDF's existence to end pointless debate on their constitutionality. Abe's proposal to maintain Article 9 but add a paragraph establishing their constitutionality squares the circle of both sides of the debate.

Abe's Liberal Democratic Party released a set of draft revisions in 2012 that included broader changes for Article 9, but Abe is not referencing these. Relying on kaken to maintain Article 9 but provide a firm legal basis for the SDF will do nothing to change its missions. Nor will it bolster Japan's ability to deal with North Korea or China. Abe's passage of legislation in 2015 already made those important, albeit incremental, changes to enable a broader set of missions the SDF can legally perform. Today's SDF is capable of exercising a limited right to collective self-defense without violating Article 9. Because Abe's proposal does not include the full-fledged exercise of the right to collective self-defense or participation in U.N.-authorized military operations, revision would not include anything that would push the SDF toward offensive-type operations. That is to say, it does not change the exclusive defensive posture that consecutive Japanese governments have supported.

Regardless of Abe's wishes, there is still a very high chance that his push for revision will fail. Even if he can muster the mandatory two-thirds supports by both Diet chambers, constitutional revision requires a majority of the populace to support it in a national referendum. While polls conducted by Japanese left-of-center media show opposition for revision, most polls conducted by right-of-center outlets show support for Abe's changes hovering just around 50 percent. This is not evidence of overwhelming support.

What is more, because these polls reference hypothetical questions, obtaining actual support on what would be Japan's first referendum on constitutional revision may prove difficult. It is going to require the prime minister to spend a lot of political capital against what is expected to be a hard fought public relations battle by opponents to revision.

In the end, the fact that constitutional revision is even up for discussion is a positive development for Japan. Constitutions are not meant to be monuments of stone, they are meant to be living documents. Abe's proposed revision does not alter the nature of the SDF. It provides a solid legal basis for the SDF while holding sacred the universal values of the Constitution about which the Japanese people feel strongly. And finally giving the men and women of the SDF the legal basis for their existence promises them the dignity they deserve.

Based in Washington, Jeffrey Hornung is a political scientist at the nonprofit, nonpartisan RAND Corp. He specializes in Japanese security and foreign policies, East Asian security issues, maritime security, and U.S. foreign and defense policies in the Asia-Pacific region, including its security alliances. Prior to joining RAND in April, Hornung was the fellow for the Security and Foreign Affairs Program at Sasakawa USA from 2015. From 2010 until 2015, he worked as an associate professor for the Daniel K. Inouye Asia-Pacific Center for Security Studies, a U.S. Department of Defense education facility in Honolulu.

This commentary originally appeared on The Japan Times on June 13, 2017. Commentary gives RAND researchers a platform to convey insights based on their professional expertise and often on their peer-reviewed research and analysis.