How China Could Truly Rein in North Korea 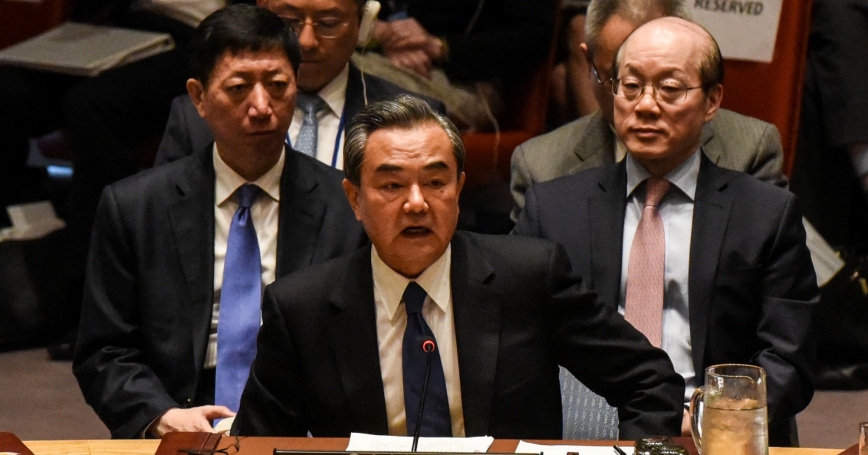 In a recent interview with reporters in Beijing, Acting Assistant Secretary of State for East Asian and Pacific Affairs Susan Thornton noted that the Chinese were finally exerting greater pressure on North Korea. China's “shift in emphasis,” in her words, entails stepped-up inspections and policing at the border as well as “a number of other things on companies,” which the Wall Street Journal later revealed entails added pressure on Beijing to sanction 10 Chinese companies and individuals that trade with North Korea. Thornton also highlighted that Washington and Beijing were discussing how to react more rapidly via the United Nations to impose sanctions on Pyongyang the next time it conducts a provocative missile or nuclear test.

As I have previously argued, China might be willing to make changes on the margins of its relationship with North Korea, but fundamental changes to its strategy are highly unlikely because this would threaten the stability of Kim Jong-un's regime and potentially eliminate the North as a buffer state. That strategic calculus should temper our expectations of Trump administration policy. Indeed, China's perpetual security concern has manifested itself in recent months with Beijing's proposal that the United States and South Korea “freeze” routine joint exercises in exchange for Pyongyang suspending its missile and nuclear programs. The last thing Beijing wants is a conflict that would end Kim's regime and unleash new power dynamics at its doorstep.

Nevertheless, let us assume for a moment that Beijing is now actually serious about reining in Kim's provocative behavior, whether because of pressure from the Trump administration, a recognition that the situation is becoming more dire, or both. What are some of the key pressure points China might have at its disposal? There are at least several levers worthy of consideration.

Lack of oil resources would decrease North Korean military leaders' confidence in their ability to effectively mobilize their equipment for a conflict.

Beijing could decide to cut off oil supplies as part of its economic assistance to Pyongyang. Such an action by China would not be unprecedented. Following a North Korean missile test in 2003, Beijing cut off supplies via a pipeline for three days, citing technical reasons. China provides perhaps as much as 500,000 tons of crude oil and 200,000 tons of refined oil products per year. Although North Korea's energy needs are primarily filled by plentiful supplies of domestic coal, transportation and agriculture would likely suffer. Lack of oil resources would also decrease North Korean military leaders' confidence in their ability to effectively mobilize their equipment for a conflict. To be sure, Pyongyang may be anticipating Chinese oil restrictions after Global Times, an unofficial mouthpiece for the People's Liberation Army, ran an editorial threatening such a move. The timing of a recent run on gas prices in North Korea strongly suggests the regime is bracing for a hit, but if Beijing were to execute one, three days would certainly not be long enough. Months would likely be required to realize the full effect.

Given that China represents 90 percent of North Korea's foreign trade, any decision by Beijing to significantly scale back or suspend its import and export activities with the regime would be painful. China has already turned away North Korean coal shipments, which likely concerns Pyongyang, since coal is its primary export. Beijing has been reluctant, however, to ban other important North Korean exports — specifically textiles and seafood — because it worries about harming the North Korean people. It is also reasonable, though, to believe that embargoing these products would reduce funding for the regime. At least one garment factory, for example, was subordinate to the General Bureau of Atomic Energy, and South Korea has argued that fishing money is funneled to the North Korean military. Regardless, China-North Korea bilateral trade is reportedly up 37.1 percent in the first quarter of 2017 compared to 2016, suggesting that trade sanctions are not under serious consideration at the moment.

As a third option, Beijing could crack down on illicit finance networks as many of the banks laundering money on behalf of the regime are located in China. According to a recent analysis in Foreign Affairs, Washington could encourage this by unilaterally sanctioning more than just the 43 currently sanctioned North Korean organizations and individuals (Iran has over 800 sanctioned entities) and isolating Chinese banks from the U.S. dollar system, as it did successfully during the Banco Delta Asia case. Beijing, however, continues to allow money laundering and UN-sanctioned companies to conduct business with the regime. Importantly, Thornton's statements suggest that Washington is making progress with Beijing on these activities.

Beyond the economic domain, Beijing could stop diplomatically shielding Pyongyang at the United Nations by watering down or opposing new sanctions. Otherwise, the regime does not seem to care much about maintaining bilateral diplomatic relations, with no senior Chinese officials having traveled to North Korea since at least 2015, and with Chinese President Xi Jinping never having met with Kim since ascending to power in 2013. Withdrawing China's ambassador would probably only decrease the amount of intelligence Beijing receives on North Korea. And of course, as North Korea's chief ally, the military option is off the table unless it became clear that the regime is on the verge of collapse.

In the unlikely event that Beijing adopts one or some of these measures, achieving denuclearization in North Korea is still far from guaranteed — even if sanctions were to be sustained for months. What these could do, though, is put enough pressure on Pyongyang to at least get it back to the negotiating table. This is precisely China's objective, and if Beijing can be convinced that it would work without destabilizing the regime entirely, prospects for success would rise.

Derek Grossman is a senior defense analyst at RAND Corporation. He formerly served at the Defense Intelligence Agency as the daily intelligence briefer to the Assistant Secretary of Defense for Asian and Pacific Security Affairs at the Pentagon. The views expressed in this article are those of the author and do not reflect the official policy or position of the Defense Intelligence Agency, Defense Department, or U.S. government.

This commentary originally appeared on The Cipher Brief on June 20, 2017. Commentary gives RAND researchers a platform to convey insights based on their professional expertise and often on their peer-reviewed research and analysis.