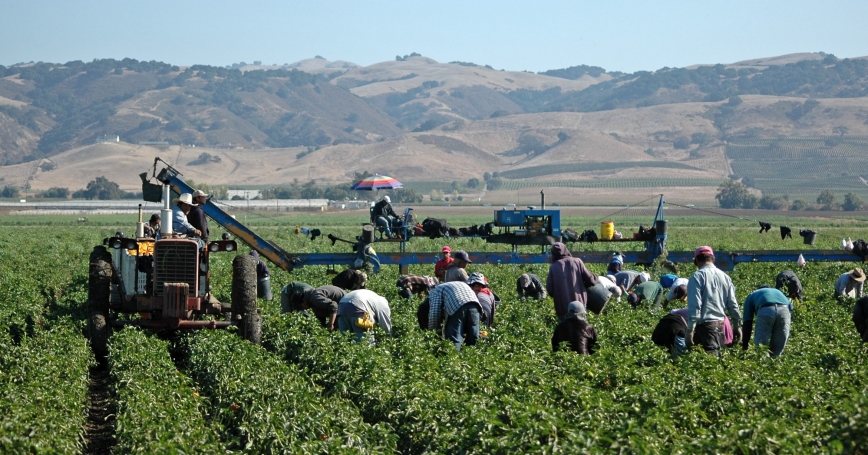 It began with a couple of dozen protesters and a giant papier-mâché tomato in front of a Taco Bell amid strip malls on Route 41 in Fort Myers, Florida. It was a colorful and appropriately humble backdrop for the announcement of a fast-food boycott that would grow into a nationwide campaign. With that boycott 17 years ago, the Coalition of Immokalee Workers kicked off its Campaign for Fair Food and demanded that Taco Bell and other fast-food giants take responsibility for their supply chains—and the people within them.

The goals of the coalition, a Florida-based human rights group, were relatively straightforward. They wanted corporations to acknowledge farmworkers have basic human rights—freedom from wage theft, sexual assault, gun violence and forced labor in America's farm fields. They wanted the top of the food chain to demonstrate its responsibility for farmworkers by paying a “penny per pound” more for tomatoes, to bring farmworkers closer to a living wage. And for buyers to use their market power to hold growers accountable for following this code of conduct.

Four years later, Taco Bell signed the Fair Food agreement. Other big names joined, including Burger King and McDonald's. By 2008, Whole Foods Markets had signed on. Wal-Mart came aboard in 2014, followed by other supermarket chains.

In 2010, growers—major corporate producers and farm owners—agreed to comply with the farmworker-driven code of conduct. The action was in response to market pressure from corporate food buyers, which now includes half of U.S. grocery stores. But it also was a reaction to the coalition's exposure of modern-day slavery in America's farm fields, to reports of workers having wages stolen or being threatened with violence if they tried to leave work crews.

Together, the coalition, growers and corporate buyers built what became the Fair Food Program. The results? Virtual elimination of the abuses farmworkers had lived with for much of the nation's history, and worker wages that allow them to support their families. Growers gained a more stable and trained workforce and more efficient operations. And the fast-food giants? Confidence in the integrity of their supply chain for U.S.-grown tomatoes, a quality customers increasingly demand.

As the years ticked by, four of the five largest food corporations became partners in the Fair Food Program—Subway and Yum Brands (parent company of Taco Bell, Pizza Hut and KFC) joined Burger King and McDonald's. The missing link remains Wendy's. The company's initial public response to coalition-led protests aimed at pressuring Wendy's to join the program was to shift its purchases of tomatoes from Florida to Mexico—the very fields where prize-winning Los Angeles Times reporting documented rampant farmworker abuse.

In early 2016 the Campaign for Fair Food called for its second boycott, this time against Wendy's. Within a year, Wendy's had announced its own “enhanced” supplier code of conduct. On the company's Square Deal blog, chief communications officer Liliana Esposito essentially said Wendy's refrained from joining the Fair Food Program because of the extra penny per pound paid farmworkers. “We don't believe we should pay another company's employees—just as we do not pay factory workers, truck drivers or maintenance personnel that work for our other suppliers,” she wrote.

The Wendy's code falls squarely within the tradition of corporate social responsibility—its reasonable set of standards has little chance of being effective since it relies on occasional third-party audits without active monitoring by those in the fields or factories. Also missing are strong penalties for suppliers who do not comply. The code was beefed-up, but it does not feel like enough.

The Fair Food Program is distinctly effective at bringing about fundamental change.

After extensively researching the Fair Food Program I've concluded it is uniquely comprehensive and, therefore, distinctly effective at bringing about fundamental change. Workers, growers and buyers collaborate on a code of conduct that reflects the reality of America's fields. The monitoring system harnesses the power of 30,000 or more workers and the rapid investigation and response of the Fair Food Standards Council. The power of explicit market sanctions back up the code and its protection of farmworkers' human rights.

The Fair Food Program has transformed fields from Florida to New Jersey. It protects farmworkers while providing the major participating corporations with transparency in their supply chains and tremendous brand protection. The program has been widely recognized for vastly improving agricultural working conditions, and for changing the culture of America's farm fields.

The seeming reluctance of Wendy's to become allied with a program that has significantly changed lives for the better is disconcerting. Wendy's latest slogan may well be “deliciously different,” but burgers that take into account human rights would be even more palatable—and marketable.

Susan L. Marquis is dean of the Pardee RAND Graduate School and vice president for Innovation at the nonprofit, nonpartisan RAND Corporation. Her book, “I Am Not a Tractor!,” about farmworkers in Florida who are transforming American agriculture, is set to be published in December by Cornell University Press.

This commentary originally appeared on Tampa Bay Times on August 19, 2017. Commentary gives RAND researchers a platform to convey insights based on their professional expertise and often on their peer-reviewed research and analysis.