How We Can Keep Iran from Becoming the Next North Korea 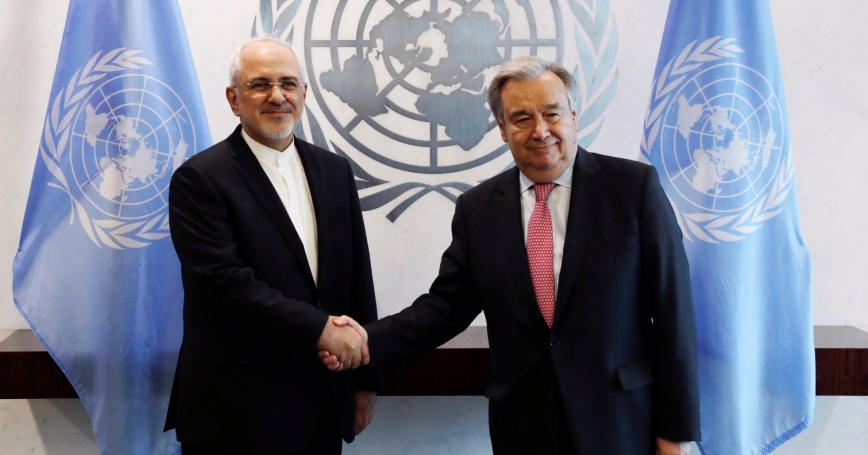 The recent news about North Korea—an accelerating nuclear program, overheated rhetoric, threats of war—reflects one of the most dangerous international crises in decades. The great tragedy is that, 25 years ago, the U.S. brokered an agreement to constrain the North's program. But hard-liners in the U.S., unhappy with its terms, abandoned the deal with a vague intention of coercing North Korea into something better. They never did, and now the U.S. is left with a runaway North Korean program and the very real danger of conflict.

All of this carries important lessons for another urgent foreign policy challenge: The U.S. experience with North Korea offers a powerful reason to preserve the Iranian nuclear deal.

That accord, the Joint Comprehensive Plan of Action (JCPOA), has been the subject of fierce criticism from the president and a range of national security hawks. Some in the Trump administration are reportedly determined to “blow up” the Iran nonproliferation deal. One report even suggested the president had authorized some aides to write a case, independent of interagency channels, for ditching the JCPOA. The idea, apparently, would be to back out and coerce Iran into a better deal.

But we've been here before. And the North Korean case shows just how dangerous it is to scuttle an imperfect but useful restraint on a nuclear program.

When the U.S. confronted a burgeoning North Korean nuclear program in the 1990s, it entered into negotiations that produced the October 1994 “Agreed Framework.” North Korea ceased operation of one nuclear reactor, stopped building two bigger ones, surrendered stocks of nuclear materials, and allowed International Atomic Energy Agency (IAEA) monitoring of its facilities. In exchange it was promised more proliferation-resistant light-water reactors, supplies of oil, U.S. non-aggression assurances, and the prospect of full diplomatic relations with the U.S.

Without the limits imposed by the deal, estimates are that a full-speed North Korean program could have produced hundreds more kilograms of plutonium, and thus dozens more bombs. IAEA inspections provided new information on the North's program. And it laid the foundation for a less confrontational situation in which expanded outside contacts could chip away at the regime's control over North Korean society.

But that never happened, in part because the George W. Bush administration arrived in office skeptical of North Korea and determined to sink the Agreed Framework. It did so in 2002, but had no plan to put in its place—just a nebulous and belligerent notion of confronting North Korea. Pyongyang responded immediately and decisively, firing up its main reactor, expelling IAEA inspectors, sending 8,000 spent nuclear fuel rods for reprocessing, and withdrawing from the Nuclear Nonproliferation Treaty. Its nuclear program has been in overdrive ever since, leading directly to today's crisis.

Don't throw away a flawed but workable nuclear deal if you are not prepared for the consequences.

In 1994, North Korea was thought to have one or two bombs' worth of plutonium. Today, the estimates (PDF) range from 13 to 30 weapons—or even as many as 60, if some recent reports are to be believed. The lesson is clear: Don't throw away a flawed but workable nuclear deal if you are not prepared for the consequences.

Something similar likely awaits the U.S. if it tosses aside the basically effective JCPOA with Iran. It could unilaterally refuse to certify Iran's compliance, effectively scuttling the agreement, or try to provoke Iran into backing out. As with North Korea, this is likely to be accompanied by accusations of cheating, demands for a renegotiated deal with tougher provisions, and calls for changes in Iranian behavior across the board.

Iran could categorically reject such demands and pronounce itself unconstrained by the terms of the JCPOA—or publicly take the high road, perhaps working with Europe to preserve the outlines of the deal. Either way, though, it is very likely that Iranian hard-liners, already upset about concessions made in the JCPOA, would redouble their demand to speed up nuclear work. Whatever its public stance, Iran would probably hasten work on secret facilities.

If the deal did completely fall apart, IAEA monitoring systems would be ripped out and the agency's inspections would end. Awareness of Iran's nuclear work would plummet. The Iranian program could surge ahead, built around hard-to-detect secret centrifuge facilities. Iran could make trouble on other fronts as well, such as slowing cooperation on ISIS or causing new problems in Iraq.

The U.S. could try to lever sanctions back into place, but would find itself diplomatically isolated, with China, Russia, and even Europe furious that tough but effective multilateral coordination had been abandoned so cavalierly. The result would be the worst of both worlds: No inspections and no coercive sanctions to get them back.

And within a few years, the U.S. could find itself in a lesser version of today's North Korea crisis: an Iran with a few bombs' worth of nuclear material and a well-established missile force; Washington trying desperately to figure out where its real red lines are; Israel on the verge of a military strike; a fragmented international consensus. The risk of war with Iran and a global diplomatic calamity would be very real.

One goal of effective diplomacy is to avoid situations where the only options are capitulation or war. Sometimes an imperfect compromise is the best way out of such dilemmas. The Bush administration ignored that fact in its North Korea policy, and the world is living with the consequences. In a global context even more dangerous and fractious than in 2002, this is no time to make the same mistake again.

This commentary originally appeared on Fortune on August 21, 2017. Commentary gives RAND researchers a platform to convey insights based on their professional expertise and often on their peer-reviewed research and analysis.