Privatizing the Military Unlikely to Be a Viable Solution in Afghanistan 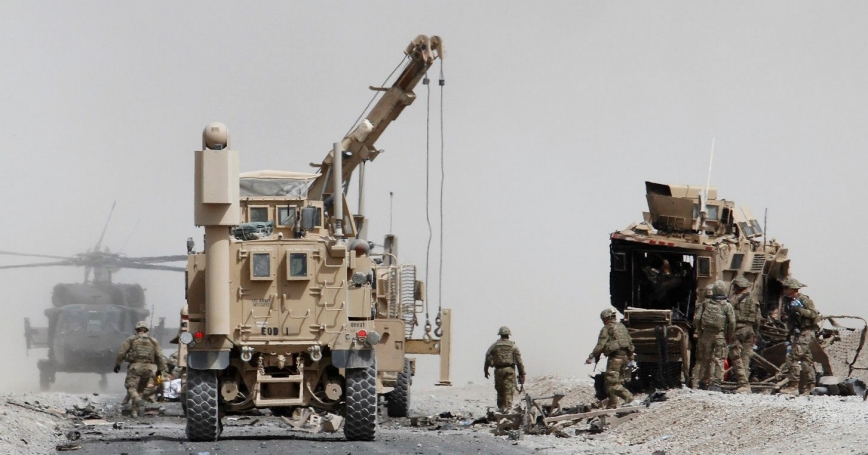 U.S. troops assess the damage to an armoured vehicle of NATO-led military coalition after a suicide attack in Kandahar province, Afghanistan August 2, 2017

In recent weeks, two major players in the private security industry proposed that Trump administration officials privatize U.S. military operations in Afghanistan to an unprecedented degree. Erik Prince, former owner of the now-defunct firm Blackwater Worldwide, proposed a scheme that would entail the appointment of a viceroy to oversee operations in Afghanistan, and the use of “private military units” to fill in gaps left by departing U.S. troops. Meanwhile, Stephen Feinberg—owner of DynCorp International, which holds numerous major U.S. government security contracts at present—similarly proposed that the Trump administration privatize the military force in Afghanistan, though his conceptualization of such a force calls for it to be placed under CIA control.

Luckily, Defense Secretary Mattis reportedly has so far declined both offers. Research overwhelmingly indicates that replacing U.S. military personnel with contractors is not likely to be a militarily effective solution for the Afghanistan problem.

First, research has shown that security contractors tend to decrease military effectiveness when working alongside regular military units in large numbers, primarily due to coordination issues fed by convoluted command-and-control systems and resentment and misperception between the two types of forces. Coordination problems between the military and contractor forces lead contractors to have a negative impact on the military's integration, responsiveness, and skill when the two groups are co-deployed in the field.

Second, while security contractors operating on their own—free from any alliance with an extensive force of friendly military troops—have been shown in some instances to increase operational effectiveness and achieve tactical and strategic goals, this has primarily occurred when they have been sent into an area without clear state support. In such cases, they can operate covertly and with “plausible deniability” for the state actor supporting them, which may allow for looser interpretations of the norms of international humanitarian law. In other words, contractors can be effective, but it may not always be pretty. Notably, current Department of Defense policy mandates compliance with standards (PDF) of behavior may preclude such activities—but may also explicitly preclude some of what Prince is proposing.

Perhaps more relevant in this case is the fact that the tactical and strategic effectiveness of contractors who are operating without longer-term military support typically lasts only as long as the contract is in place. In Sierra Leone, in the late 1990s, paramilitary firm Executive Outcomes was successful in securing enough of the country to hold the first free elections in thirty years, but the peacefully-elected president was then ousted in a coup within eighty-nine days of the contract expiration.…

Molly Dunigan is a senior political scientist and associate director of the Defense and Political Sciences Department at the nonprofit, nonpartisan RAND Corporation and a lecturer in Carnegie Mellon University's Institute for Politics and Strategy.

This commentary originally appeared on The National Interest on August 13, 2017. Commentary gives RAND researchers a platform to convey insights based on their professional expertise and often on their peer-reviewed research and analysis.