Why THAAD Is Needed in Korea 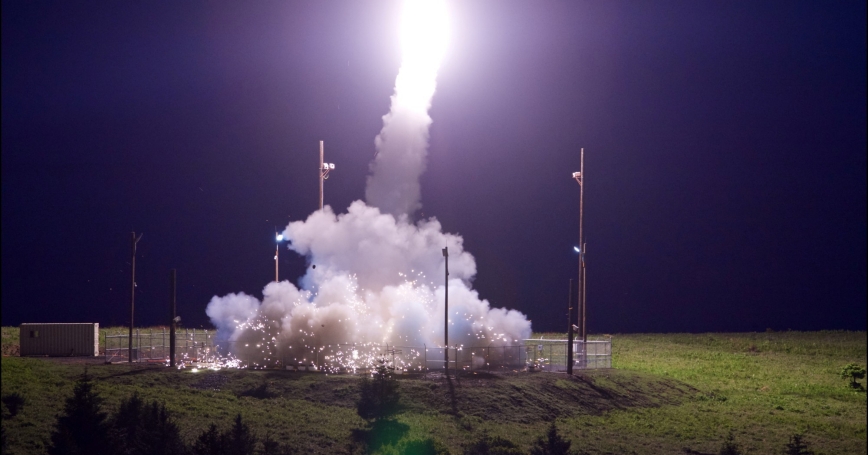 The United States and its allies likely face no greater theater missile threat on earth than in Northeast Asia. As the threat has been developing over the last 30 years, the United States has responsibly deployed missile defenses in Korea to protect its forces already there, its forces that would flow to Korea in wartime, and the people living in South Korea.

During the first nuclear crisis with North Korea, in 1994, the U.S. first deployed Patriot missile defense systems, which were appropriate because most North Korean missiles at the time were Scud or shorter-range missiles that the Patriot interceptors could defeat.

Since then, North Korea has deployed NoDong and Musudan medium- and intermediate-range missiles that require a missile defense able to handle higher missile re-entry speeds like the Terminal High Altitude Area Defense (THAAD) system. Some of these North Korean missiles may well carry nuclear weapons because they could also cover targets in Japan, Russia and China.

There were many reasons for the deployment of THAAD in Seongju, the location chosen for the THAAD battery in South Korea. One leading reason: In a major Korean conflict, tens of thousands of U.S. military personnel would deploy to Korea over time largely through the Pusan port area in southeastern Korea. They would be most vulnerable to a North Korean nuclear weapon attack while in the port area and while assembling to depart from Pusan. Not protecting exposed military personnel from the North Korean ballistic missile and nuclear weapon threat would be irresponsible, the United States concluded.

By placing THAAD in Seongju, the U.S. can also attempt to protect the large South Korean urban areas of Pusan, Kwangju, Pohang, and Daegu, as well as many other cities in the southern part of South Korea. During a U.S. military deployment to protect South Korea, a North Korean nuclear weapon detonating on Pusan might kill thousands of U.S. military personnel arriving in Pusan, but it could also kill a 100,000 or so South Koreans. With this THAAD placement, the United States is trying to prevent such an outcome.

THAAD's successful intercept of an intermediate-range ballistic missile in July demonstrated U.S. ability to potentially stop the North Korean theater ballistic missiles. This should reassure U.S. military forces in Korea, but also the 10 million or so South Koreans who reside in the region covered by THAAD. The initial limited THAAD deployment of only two launchers—with 16 total interceptors—would have forced choices among which cities to protect. The South Korean government's decision to allow the other four THAAD interceptor launchers in Korea to be employed will soon protect more South Korean civilians and U.S. forces.

Lest there be any doubts about the importance of THAAD, consider the fact that China has reportedly deployed an S-400 missile defense system, which is similar to THAAD, on the Shandong Peninsula, between Pyongyang and Beijing. It appears that China put it in place to defend against North Korean missiles. So it is unclear why China is waging economic warfare against South Korea for defending itself with the THAAD system, or why China is unwilling to perform far more serious economic warfare against North Korea for posing an offensive missile threat to both South Korea and China.

China often complains about THAAD's over-the-horizon radar, which can detect targets at long ranges and potentially collect information inside China, but China has reportedly deployed at least two similar radars in the area surrounding the Korean Peninsula. China should recognize that if it needs such long-range radars to defend against North Korean missiles, it is only fair for the United States to put in place similar capabilities to defend South Korea.

This commentary originally appeared on The Korea Times on August 6, 2017. Commentary gives RAND researchers a platform to convey insights based on their professional expertise and often on their peer-reviewed research and analysis.