Chinese Bomber Flights Around Taiwan: For What Purpose? 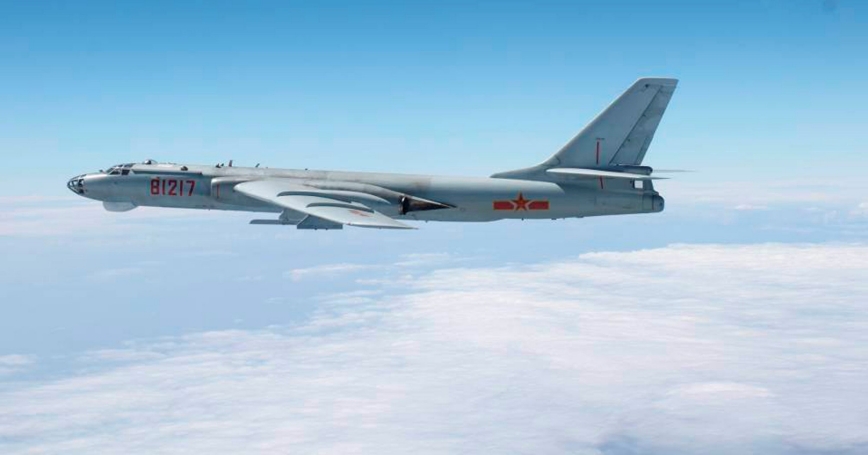 After conducting two strategic bomber flights around Taiwan in late 2016, Beijing in the last two months has significantly stepped up its operational tempo with at least another five flights circumnavigating the island, the latest of which occurred on Aug. 12. An easy explanation for this unprecedented display of military force is that China is more routinely employing the Xian H-6K long-range bomber to ratchet up pressure on Taiwanese President Tsai Ing-wen due to her refusal to acknowledge the “1992 Consensus.” The consensus is allegedly an agreement on “One China,” but has differing interpretations in China and Taiwan. This view, however, is overly simplistic. Coercing Taiwan was likely an important part of Beijing's calculus, but the core objective appears to be strengthening the People's Liberation Army's (PLA) conventional strategic deterrence. China seeks to enhance the People's Liberation Army Air Force's (PLAAF) capabilities and signal Beijing's will to defend its territorial claims against the U.S. and its regional allies and partners, especially Taiwan and Japan.

A Feature, Not a Bug

Chinese bomber activities throughout the region — numbering at least 22 separate H-6K aircraft flights since March 2015, according to our estimate — are the latest manifestation of top leaders' longstanding efforts to enhance the PLAAF's airpower capabilities. The ultimate goal is to deter U.S. intervention in a regional conflict. In 1999, then-President Jiang Zemin instructed the PLAAF to “prepare to struggle to build a powerful, modernized air force that is simultaneously prepared for offensive and defensive operations,” giving the service an offensive strike mission. Five years later, the PLAAF officially incorporated this guidance into its first strategic concept document, with an added emphasis on the need to integrate aerospace forces to carry out operations in accordance with Beijing's strategic goals. During a visit to PLAAF headquarters in April 2014, Chinese President Xi Jinping endorsed the PLAAF's vision to become a “strategic air force,” and that same month PLAAF commander Ma Xiaotian gave an important speech calling for the service to take a more active role in maritime security. In February 2015, Xi visited the 36th Bomber Division in Shaanxi Province. Images released afterwards by state media depicted Xi sitting in the cockpit of an H-6K bomber. Bomber flights commenced the following month....

Nathan Beauchamp-Mustafaga is a policy analyst, Derek Grossman is a senior defense analyst, and Logan Ma is a research assistant at the nonprofit, nonpartisan RAND Corporation.

This commentary originally appeared on War on the Rocks on September 13, 2017. Commentary gives RAND researchers a platform to convey insights based on their professional expertise and often on their peer-reviewed research and analysis.