Candy Out of Sight, Out of Mind 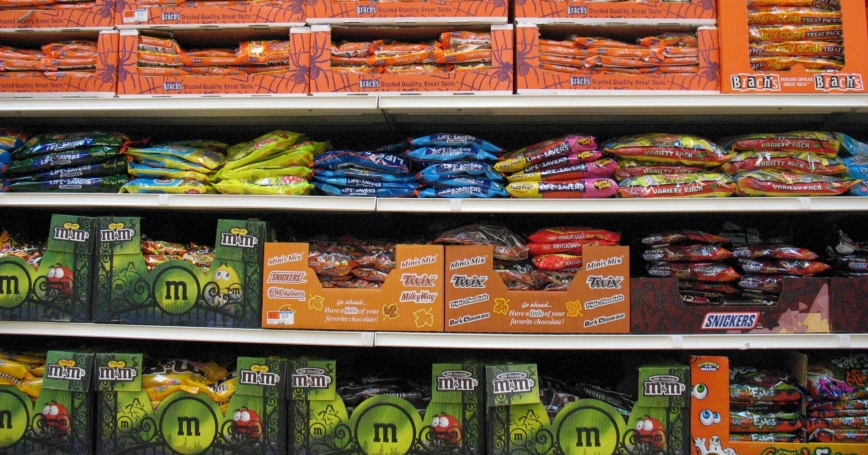 After CVS added “Health” to its name three years ago, it dropped tobacco products from its shelves, a bold and admirable move that cast CVS as a public health leader. Now the pharmacy chain is cutting back on candy at the register, making junk food less visible and “healthier” snacks easier to find. Any move that nudges consumers toward healthier choices should be applauded, but fractured decision-making in the checkout line could get in the way of this well-intentioned goal.

The company began shifting toward health care more than a dozen years ago and has become one of the largest retail pharmacy chains in the U.S. and a major operator of retail health clinics. Once it made tobacco sales taboo, CVS said consumers began pushing the company to sell “healthier food.”

Eliminating tobacco sales cost it $2 billion year in sales, according to the company, a loss it likely doesn't want to repeat regardless of the public health benefits. This could explain why the retailer is not completely turning away from candy, which accounts for about 5 percent of its revenue, according to Nielsen, a market analyst.

Instead, the chain is switching out a quarter of the candy at the register at many of its stores with snacks it bills as “better for you,” such as protein bars. CVS is also hiding snack food displays in plain sight by placing them in a middle aisle instead of showcasing them at the front of the store.

Out of sight, out of mind could turn out to be a surprisingly effective strategy for helping CVS shoppers avoid the junk-food trap. But placing candy at the cash register alongside food items perceived as healthy actually may end up confusing consumers intent on making a “healthy” choice. The cash register has long been known as an impulse-purchase zone. By the time shoppers are ready to pay, they often suffer from decision fatigue, which impairs their ability to concentrate.

When shoppers see a protein bar next to a candy bar, they may think in the simplest of terms: One is good for them and the other isn't. Due to a phenomenon known as the “halo effect” shoppers may assume the “healthier” choice contains fewer calories. Yet protein bars and other “healthy” snacks often have the same, or more, calories than candy bars.

People can also be enticed to reach for an unhealthy option even if they can't explain why. New and novel food can pique curiosity and whet the appetite. The mere presence of foods high in sugar and fat in a setting that cannot be avoided can make many people feel hungry, even if they are already full. So even if shoppers quell the urge to buy a sugared snack, just being exposed to a food they find tempting can cause them to eat a larger portion later, when they finally sit down for a meal.

Roughly two out of three adult Americans are now overweight or obese. It's likely that the widespread adoption of impulse marketing of junk food has substantially contributed to its overconsumption and to the nation's weight problem.

Long before the modern obesity epidemic took hold in the early 1980s, most pharmacies did not carry food items and shoppers were mainly exposed to junk food in limited settings, like candy stores and bakeries. Snack foods did not even take up a full aisle in a grocery store. It was harder to make a poor food choice.

CVS Health has shown it is serious about putting the emphasis on its relatively new last name. Going forward, it could consider taking the lead as a retailer once again and do away with junk food displays by the cash register altogether.

Deborah A. Cohen is a senior natural scientist at the nonprofit, nonpartisan RAND Corporation, and the author of “A Big Fat Crisis: The Hidden Influences Behind the Obesity Epidemic – and How We Can End It”.

This commentary originally appeared on U.S. News & World Report on October 27, 2017. Commentary gives RAND researchers a platform to convey insights based on their professional expertise and often on their peer-reviewed research and analysis.