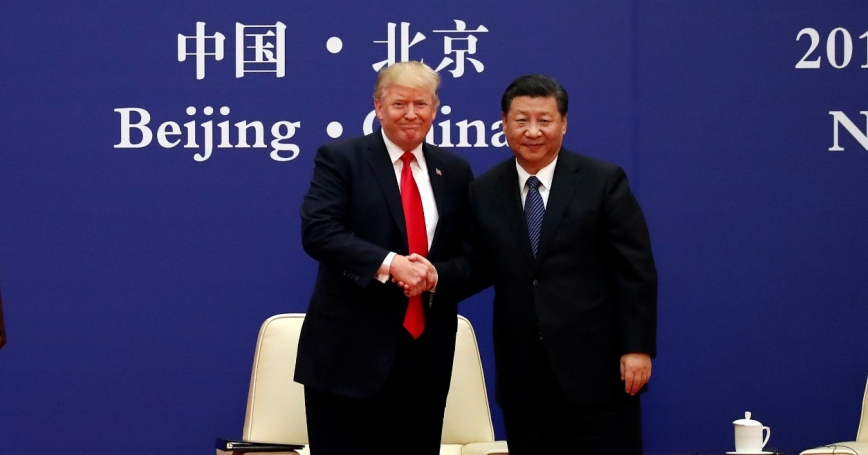 Employing an adversarial tone that surprised many observers, the White House's newly unveiled National Security Strategy (PDF) described China as a “revisionist power” that “actively competes” against the United States and its allies and partners. It accused China of trying to “shift the regional balance in its favor” and “displace the United States in the Indo-Pacific region.” The strategy, the first released by President Donald Trump since taking office, also declared that China seeks to shape a world “antithetical” to U.S. values and interests, and painted China's expanding economic and diplomatic influence in a decidedly negative light, deploying terms like “extractive” behavior and “unfair trade practices.”

Chinese media predictably expressed outrage at the strategy yet ironically mirrored the antagonistic language. A commentary in the Global Times, a populist tabloid owned by the Chinese Communist Party, or CCP, denounced the United States for “recklessness” and for being the “biggest saboteur of international rules and challenger of free trade.”

The parallels go further than recriminatory accusations, however. Earlier this year, China published its first-ever white paper on “China's Policies on Asia-Pacific Security Cooperation,” in which it signaled its intention to establish itself as the dominant power in Asia and dislodge U.S. influence. And in the 19th Party Congress report, the Chinese Communist Party's most authoritative strategy document, China articulated for the first time an ambition to contend for global leadership. It stated that by mid-century, China seeks to have “become a global leader in terms of composite national strength and international influence.”

Given that China already has the world's second-largest economy and one of the largest militaries, this phrasing suggests Beijing is mulling the possibilities of competing with the United States for the status of global leader. Reinforcing this point, the report also outlined ambitions to build a network of “partnerships, not alliances,” which a commentary in the People's Daily, the official newspaper of the CCP, explained meant that China intends to form a “global partnership network” of countries, mainly in the developing world, to back Beijing's agenda.…

The remainder of this commentary is available at www.worldpoliticsreview.com.

Timothy R. Heath is a senior international defense research analyst at the nonprofit, nonpartisan RAND Corporation. He is the author of the book, “China's New Governing Party Paradigm: Political Renewal and the Pursuit of National Rejuvenation” (Ashgate, 2014).

This commentary originally appeared on World Politics Review on December 26, 2017. Commentary gives RAND researchers a platform to convey insights based on their professional expertise and often on their peer-reviewed research and analysis.