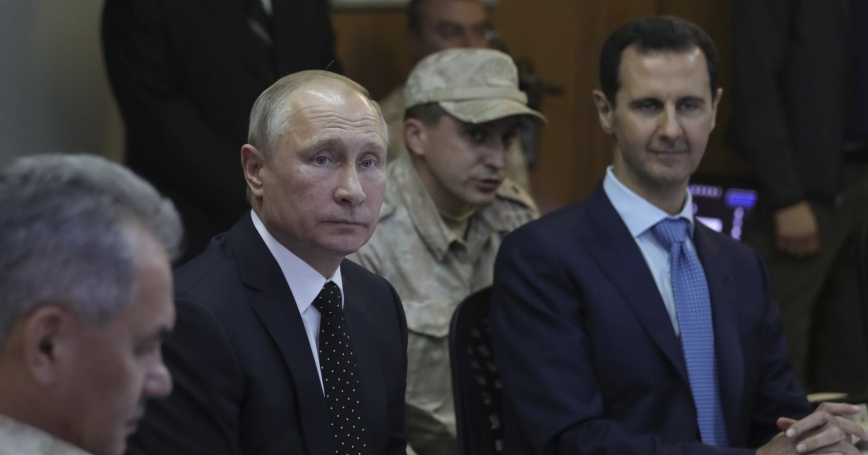 The military withdrawal from Syria that President Vladimir Putin touts is less than it seems. The stakes are high because leaders in Moscow see the intervention as crucial to their nation's status as a global power. Moscow faces a dilemma, but there is a way out, if it will only see the wisdom of taking that route.

The dilemma lies in weighing the costs of staying in Syria or leaving. If Moscow were to disengage and the Assad regime falls, many would see Russia as a near-peer competitor unable to close a major deal. If Russian forces stay in Syria, as is more likely, those troops may face building resentment among Syrians that Russia helped destroy the country but cannot provide large-scale aid to rebuild it.

Moscow has a narrow window to achieve enduring success in Syria, but for this, it needs the international community.…

The remainder of this commentary is available at www.thecipherbrief.com.

Colin P. Clarke is a political scientist at the nonprofit, nonpartisan RAND Corporation and an associate fellow at ICCT-The Hague. William Courtney is an adjunct senior fellow at RAND and was U.S. ambassador to Kazakhstan, Georgia, and the U.S.-Soviet nuclear testing commission to implement the Threshold Test Ban Treaty.

This commentary originally appeared on The Cipher Brief on December 20, 2017. Commentary gives RAND researchers a platform to convey insights based on their professional expertise and often on their peer-reviewed research and analysis.