The Diminishing Role of Facts in American Public Life 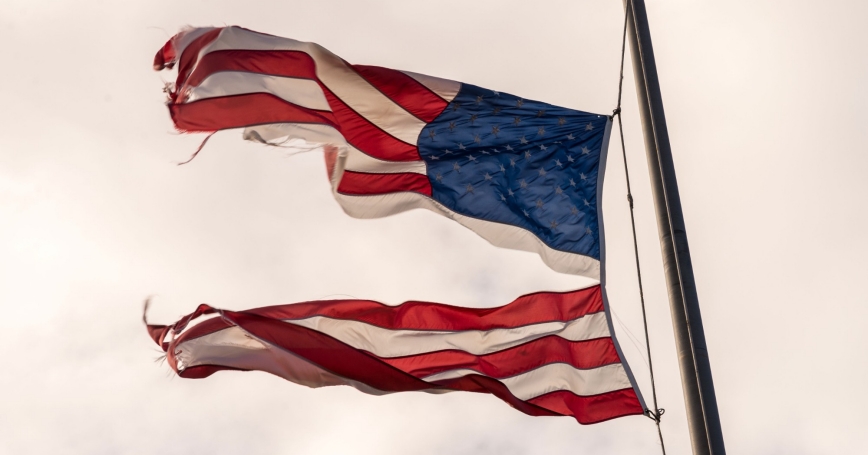 People have been complaining about “fake news” since at least the late 1800s, according to Merriam-Webster. Yet there is something new about our current malaise.

In national political and civil discourse, disagreement over facts appears to be greater than ever. In a recent report for the nonpartisan RAND Corporation, we call the problem “Truth Decay” and present evidence that the disputes over facts and reasoned analyses of facts are worse today than in previous eras in our nation's history.

Are major cities experiencing growing or declining violent crime rates? Has widespread illegal voting occurred or is that a bunch of hooey? Do immigrants contribute their fair share to the economy or do they overburden it? These are just a few examples of the fractures riddling American public life that persist or are worsening despite the availability of reliable data to provide solid answers. Until now, little empirical research has examined the causes of this perplexing shift away from verifiable facts and figures.

Drawing on an extensive review of popular and academic literature, survey data and historical analysis, our study defines four basic elements of Truth Decay in modern times: increasing disagreement about facts and analytical interpretations of facts; a blurring of the line between fact and opinion; the heightened relative volume and influence of opinion and personal experience over fact; and declining faith in formerly respected sources of factual information, including the government and the news media. These trends threaten civil discourse and could lead to political paralysis, disengagement from political and civic institutions, and uncertainty over national policies.

One of the clearest examples of this fiction-over-fact phenomenon is the controversy over the safety of vaccines.

One of the clearest examples of this fiction-over-fact phenomenon is the controversy over the safety of vaccines. Vaccines have always had their skeptics, but the level of skepticism has risen in recent years, with significantly fewer Americans reporting it is “extremely important” to vaccinate their children, public opinion surveys show. This is not a blue state-red state trend, but cuts across the political spectrum.

Ongoing public debates over immigration illustrate another key component of Truth Decay — opinion and personal anecdote often drown out facts. Some of the questions that are central to this debate could be addressed by objective data and rigorous analysis of the data, including the size of the immigrant population in the country illegally, the rate these immigrants commit crimes and the extent to which they displace U.S. citizens in the job market. Yet such facts are repeatedly displaced by news accounts and social media conversations filled with personal experience or observations that interfere with meaningful and productive policy discussions about this topic. Problems remain unsolved and uncertainty reigns.

Changes in the information landscape are partly to blame, the result of an information hurricane. The 24-hour news cycle and powerful social media platforms such as Facebook and Twitter help inflate the volume and influence of opinions by enabling their massive proliferation and nearly instantaneous spread.

More than 60 percent of adults obtain their news via social media (PDF), according to a study published in the Journal of Economic Perspectives that found the most popular “fake news” stories (those containing verifiably false information) were more widely shared on Facebook during the 2016 presidential election than the most popular mainstream news stories.

Truth Decay has been exacerbated by competing demands in the U.S. educational system.

Truth Decay has also been exacerbated by competing demands in the U.S. educational system, which does not necessarily have the time and resources to properly teach students to become discerning consumers of information. Mounting political polarization is another cause for great concern because it deepens disagreement about facts and their interpretation, enabling each side to exist in separate echo chambers that reinforce attitudes and beliefs.

Each of these conditions amplifies the effects of another primary cause of Truth Decay: cognitive bias or the human tendency to cling to information, opinion and analyses that confirm pre-existing beliefs, even those that are demonstrably incorrect or misguided. People like to believe they are right.

Without agreement about objective facts and a common understanding of and respect for data and analytical interpretations of those data, it becomes nearly impossible to have the types of meaningful policy debates that form the foundation of democracy.

What can be done to rebuild public confidence in factual information and rigorous analysis?

History strongly suggests that a revival of fact-based and investigative journalism could renew respect for the truth. We may already be seeing the seeds of such a revival in the vigorous reporting being carried out by some newspapers and other media, large and small. However, the Fourth Estate and its affiliates cannot be expected to stem the tide alone.

The nation's schools could play a role by making sure meaningful civics education and media literacy programs are appropriately emphasized so future generations are properly prepared to question and evaluate the information they receive from the media, government and other sources. The cognitive biases that allow misinformation and disinformation to thrive also need to be studied. Research in these and other areas will be essential to identify potential solutions regarding the erosion of the line between opinion and fact in the media.

Truth Decay is a complex problem that cannot easily be untangled. Instead of mourning the end of hard facts, society needs to commit to the crucial work of restoring respect for those facts — and shoring up the ability to recognize them.

Michael D. Rich is president and chief executive officer of the nonprofit, nonpartisan RAND Corporation. Jennifer Kavanagh is a political scientist at RAND.

This commentary originally appeared on USA Today on January 16, 2018. Commentary gives RAND researchers a platform to convey insights based on their professional expertise and often on their peer-reviewed research and analysis.