Preparing for the NATO Summit: Why Military Mobility Should Be on Top of the Agenda 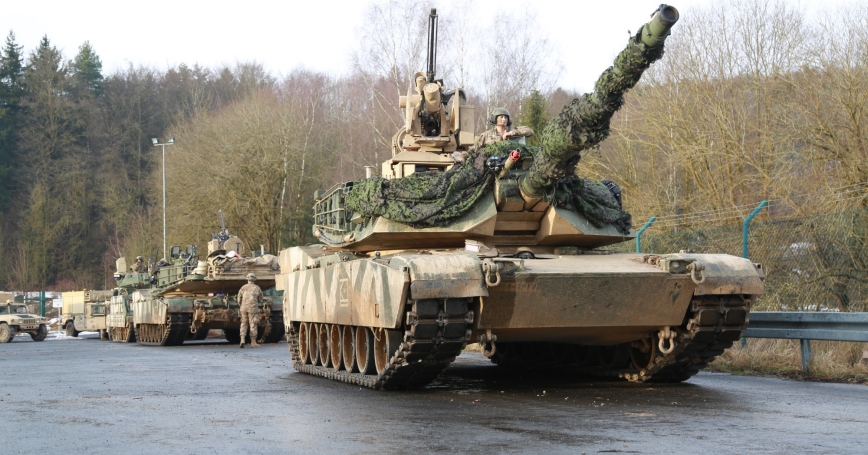 The July NATO summit in Brussels could provide an opportunity to streamline NATO and the EU's new activities aimed at improving military mobility in the European theatre. It will also give NATO and EU leaders a chance to work together to address some of the major issues in military mobility today.

Movement and logistics are vital elements of force deployment and the ability to fight. The Cold War approach to force sustainment called for tested supply lines and transport capabilities in Europe, with established routes throughout NATO member states. However, since the end of the Cold War military plans for logistics and readiness for movement within Europe seem to have been gathering dust while NATO's overall movement capabilities have been reduced significantly. This was due to changes in the perceived threats to transatlantic security and the ensuing change of focus from deterrence and defense against a large-scale conventional war in Europe to out-of-area operations. Logistics functions and capabilities were often outsourced to private companies, leading to a reduction in organic transport capabilities.

Furthermore, the current state of NATO military mobility is complicated by the fact that some of its current member states were not part of the Cold War infrastructure that existed in the West. For example, countries such as Poland and the Baltic states were part of the Warsaw Pact where infrastructure was tailored for a set of ground platforms that were lighter than the ones used by NATO during the Cold War period. Lastly, the pivot towards network-centric and out-of-area operations and the increasingly complex operational environment changed the relationship between logistics and strategy. This change required flexible logistics adapted to non-traditional, often remote battlefields with damaged or destroyed infrastructure in order to be able to respond to the threats in an insurgent environment.

Since the end of the Cold War, military logistics in Europe have often taken a back seat to policy and strategy. However, the start of the conflict in Ukraine in 2014 saw NATO refocus on the strategic and operational aspects of conventional defense and deterrence. Therefore, the issue of moving Allied forces around Europe has become the subject of significant debates only relatively recently. These were initiated by calls from the Netherlands and the former U.S. Army Europe Commander Lt. Gen. Ben Hodges. Hodges emphasized the importance of the speed of force assembly of forces both for the Alliance's ability to act decisively in the case of an impending crisis and to increase NATO's ability to deter. He said: “If we can put troops with equipment quickly in an area ahead of it turning into a real crisis, we've given our political leaders some options. And then we can prevent actually ever having to fight.”

The speed of assembly is crucial for deterrence and defense in the Eastern part of the Alliance. Compared to the Cold War, when both NATO and the Soviet Union had large numbers of troops in West and East Germany respectively, today the balance of troops and equipment available in Europe for conventional war is much lower. Moreover, the bulk of U.S. combat power previously stationed in Europe has relocated to the contiguous United States, and all of the Alliance member states that can contribute heavy brigade-type forces will have to move them hundreds of kilometers. Therefore, the defense of Europe largely depends on the ability to assemble forces not only for reinforcement but also for the main combat operations.

There are numerous and complex international and national-level challenges that need to be overcome to improve military equipment mobility in Europe. These include the time it takes to receive national movement permits, infrastructure problems, complications in cross-border and multinational coordination, and transport support capabilities.

Firstly, the permits for and use of civilian transport infrastructure need to be coordinated with each of the transit countries. Secondly, each transit country then needs to coordinate domestically with the respective civilian infrastructure management bodies. The lead-time to receive national permits, procedures, and forms also differs from country to country and presents a large administrative burden on the forces seeking to transit the country. This can delay the movement even more. An additional layer of complexity is that both national and EU regulations need to be followed. Finally, some existing transport infrastructure (e.g., roads, tunnels, and bridges) is aged and does not support the weight requirements to transport heavy equipment, including the main battle tanks used by most NATO countries. Infrastructure limitations have a significant impact on the speed of movement, considering that oversize and overweight cargo routes need to be coordinated with each transit country separately.

Since a number of problems in military mobility fall under the responsibility of civilian agencies, improving the speed and ease of movement is not only a NATO problem but also an EU and national one and may benefit from enhanced NATO and EU cooperation. EU-NATO cooperation has been moving to a new level, particularly since the 2016 agreement between the EU and NATO on strengthened cooperation, which was reinforced by the EU's Global Strategy adopted the same year. Military mobility could yet become one of the most meaningful and successful areas of future cooperation.

In implementing the 2016 NATO-EU Joint Declaration on strategic partnership, in December, the EU and NATO Councils agreed on 34 new actions for cooperation, featuring military mobility as one of the proposals. The European Commission has also published a Joint Communication on how the EU can “facilitate and help to expedite military mobility ranging from day-to-day needs to strategic pre-deployment of military forces and resources, in synergy with non-military activities and without disrupting civilian use of infrastructure or avoiding unnecessary inconveniences.” These developments acknowledge the multi-disciplinary nature of the issues surrounding military logistics.

The EU is also advancing the issue with the help of the European Defence Agency and the European Commission for Transport, which is expected to present an action plan shortly. Further opportunities for development in this area could be expected as part of the EU's Permanent Structured Cooperation—a cooperation format established in 2017, which was signed by 25 of the 28 EU member states committing to an EU agreement on joint defense projects. Military mobility in Europe is among the first approved projects under this framework.

The issue of improving military mobility in Europe has recently gathered momentum. However, due to the complexity of the issue, it remains to be seen what specific progress will be made by the NATO summit. It also remains to be seen how the new EU initiatives will complement NATO's requirements. Progress in the area of military mobility faces a range of challenges as it encompasses numerous military capability, transport infrastructure, interior and environmental security, economic and political factors, and institutions.

A good starting point might be for Allied leaders to extend their support for the NATO and EU experts working to enhance defense and security for Europe, facilitate and streamline permitting processes across Europe, and ensure complementarity between the transport infrastructure needed for Europe's economic development, as well as its defense and security.

Marta Kepe is an analyst in the defense, security and infrastructure team at RAND Europe.

This commentary originally appeared on RealClearDefense on February 26, 2018. Commentary gives RAND researchers a platform to convey insights based on their professional expertise and often on their peer-reviewed research and analysis.