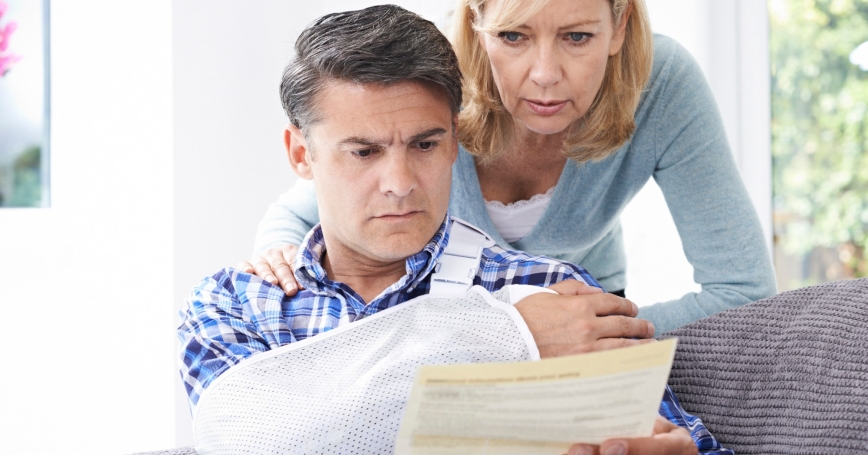 When the tax reform bill was signed into law in December it probably didn't occur to most Americans that it could inflate the cost of their car insurance, a potential development that may seem puzzling at first glance.

But the bill also reformed the Affordable Care Act by repealing the individual mandate that requires most Americans to have health insurance, a move expected to significantly grow the pool of people without health insurance. Recent research demonstrates strong links between health insurance and a much broader array of insurance products, meaning that the effects of the new tax law may ripple out to non-health insurers.

Consumers commonly think of auto insurance as paying for the damage to a car after a crash or other mishap. But most of the typical U.S. consumer's auto insurance premium doesn't go to fixing broken vehicles, it goes to medical care.

Most of the typical consumer's premium doesn't go to fixing broken vehicles, it goes to medical care.

According to the Insurance Information Institute, the average annual auto premium nationally is about $850 per year, more than half of which goes to the liability portion of the insurance—the part that pays for medical care, lost wages and other losses inflicted when a driver is at fault in an accident. While the typical property damage bill in an auto accident is about $3,700, an average injury bill is closer to $16,000, with most of the money used to pay doctors and other health care providers.

Of course, the cost for the medical care following a crash depends in part on whether the patient has health insurance. In less serious cases involving minor injuries, accident victims may simply get the necessary care, bill their health insurer and forgo pursuing an auto injury claim. But an auto injury that puts those without health insurance in a doctor's office might lead to treatment for pre-existing medical conditions that weren't being addressed due to lack of funds, and ultimately this care can wind up on the auto insurer's tab.

Recent research by the RAND Institute for Civil Justice underscores how health insurance can affect auto insurance. One of the early provisions of the ACA implemented in 2010 allowed children to remain on their parents' health insurance policy until age 26; prior to the change, many children had aged out of insurance coverage at 18. RAND research demonstrated that once this new ACA provision went into effect, victims ages 18 to 24 filed fewer auto claims, and their claims cost insurers less.

Expanding health insurance reduced auto insurers' outlays. It seems plausible to expect that the converse is also true. When the repeal of the individual mandate takes effect in 2019, millions more Americans are expected to go without health insurance, and auto insurers are likely to end up picking up the tab for some of that population's medical care, which could ultimately make auto premiums go up.

This insurance spillover effect is not limited to auto insurance. Nearly all employers are required to maintain workers' compensation insurance that pays for on-the-job injuries. Like auto insurance, the vast proportion of the workers' comp premium dollar is spent on medical care. Two separate studies—one looking at Texas and another examining California, Florida, New Jersey and New York—convincingly demonstrate that the ACA young-adult expansion reduced the number of workers' compensation claims, saving that system money.

Tweaks to the ACA may very well affect the cost of doing business for employers by changing their workers' comp outlays, even if they don't adjust their health insurance offerings and their health premiums remain steady. And in industries such as construction, transportation and utilities, upwards of 10 percent of payroll costs can go just to pay for workers' comp, so any changes in workers' comp premiums can be a big deal.

Beyond auto and workers' comp, a vast array of liability insurance products exist that to a greater or lesser extent factor in medical care as part of the premium. For example, while homeowners insurance premiums are mostly used to pay for damage to houses, they also pay for injuries due to homeowner carelessness. Doctors purchase medical malpractice insurance, and much of their premiums cover ongoing medical care for those injured through medical missteps. Retail businesses carry commercial liability insurance that covers slip-and-fall accidents or other injuries that might occur on their premises.

The cost of each of these types of insurance could be affected by any new laws that shift who does and does not have health insurance when an accident occurs. Those with stable insurance may be tempted to think the fallout over the individual mandate and any other future changes to the ACA may not apply to them. But the consequences go beyond just health insurance—and will affect how much Americans pay to insure their cars and their businesses.

Paul Heaton is a senior fellow at the University of Pennsylvania Law School and an adjunct researcher at the nonprofit, nonpartisan RAND Corporation.

This commentary originally appeared on U.S. News & World Report on January 31, 2018. Commentary gives RAND researchers a platform to convey insights based on their professional expertise and often on their peer-reviewed research and analysis.