The Potential of the Quadrilateral 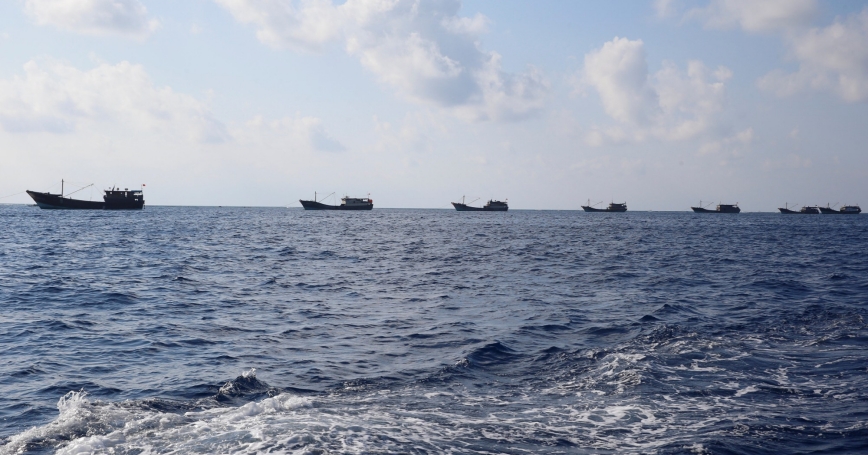 In Donald Trump's first National Security Strategy (NSS), reference is given to the importance of increasing cooperation with Japan, Australia, and India. The idea is not new. The Quadrilateral Security Framework (also Quadrilateral Initiative; hereafter, the Quad), was initiated by Japanese prime minister Shinzo Abe in 2006, but the idea fell apart after China vociferously objected to its formation, and a change of leadership in Australia led to a more ambivalent China policy. Prime Minister Abe has once again signaled support for the Quad, as did the United States' NSS. At the same time, India and Australia are taking firmer stances against China. If the Quad's time has finally come, what purpose would cooperation among these four countries serve in the contemporary strategic environment?

The initial narrative surrounding the Quad was tied up almost exclusively in democratic values. While there is no question that shared values can and should serve as a tool of statecraft, values alone do not establish a robust basis upon which to craft policy or strategy. Nor do they help delineate specific partnerships. Instead, in addition to values, states should consider shared interests as well as capabilities. The United States, Australia, India, and Japan have the most capable militaries in the region save China's, and share a fundamental interest in maintaining a rules-based order in the Indo-Pacific region. Confronting the broad array of challenges to that order matters to them less because they are democracies, but more because those threats affect their common strategic interests.

But what could cooperation among the Quad members mean in practice? The debates surrounding the Quad have revolved around what these states can do in the maritime domain. This does not mean the Quad's focus should be confined to maritime issues, but the heart of this arrangement is maritime security. Many discussions have focused on what role, if any, these states should play to supplement U.S. Navy freedom of navigation operations in the South China Sea. Often unexplored are other important maritime issues that require coordination from the region's most capable powers. Three potential areas deserve more attention.

The first is enhancing the region's maritime situational awareness (MSA). Given the fragmented information maritime environment where Chinese vessels are thriving, there is a crucial need for regionally-coordinated MSA capabilities to better monitor developments at sea. While Quad members individually already support these capabilities, the Quad could serve as the main platform through which these capabilities are strengthened in a more coordinated manner. For example, Australia has supported MSA in the South Pacific through the Forum Fisheries Agency and Pacific Patrol Boat Program, and Japan backs several South China Sea states via donations of patrol boats, communication equipment, and training. The United States too has funded projects with South China Sea countries under the $425 million Maritime Security Initiative (MSI). Grants from MSI vary by nation, but include the provision of automatic identification systems, secure communication networks, devices for data collection, assessment, analysis, and dissemination, enhancements in communications-networks, increased training, and improvements in maritime intelligence, surveillance, and reconnaissance capabilities. Including India in these MSA efforts in the Indian Ocean could greatly expand the area of visible ocean space among those littoral states. The Quad's value lies in better coordination of efforts to improve MSA capabilities across the region.

A second area of cooperation is safeguarding exclusive economic zones, or EEZs. Although other countries are not entirely innocent, Chinese fishing vessels appear the worst culprits of illegal, unreported, and unregulated (IUU) fishing within other states' EEZs. With dwindling fish stocks close to home, Chinese fishermen are encouraged and even subsidized to sail farther offshore and into distant waters in pursuit of IUU fishing, including in other states' EEZs. In addition to strengthening maritime patrols of their own waters and assisting smaller states in their coastal defenses, the Quad could serve as a public coalition to speak out against these EEZ violations. It could also serve as a vehicle to build the maritime enforcement capacities of smaller vulnerable states and work to implement measures at regional ports that require fishing vessels to demonstrate the provenance of their catch before entry. More actively, as signatories to the UN Fish Stocks Agreement, Quad members could conduct high seas boarding and inspection of vehicles, gear, and catch to ensure compliance with international rules.

A final potential area is championing the rule of law. There is a growing list of Chinese para-military ships illegally entering other states' waters and being involved in confrontations between fishing trawlers and coast guards. A greater Chinese security role in waters outside the South China Sea is inevitable as its economic interests expand, but increasing examples of force used against other ships and gray zone activities show China openly violating the norms and rules governing the maritime domain. In addition to the MSA efforts listed above, the Quad could become a platform to act collectively in other domains. Diplomatically, Quad members could coordinate activities that raise awareness about Chinese activities in the Indo-Pacific, and create a more unified interpretation of international law. Economically, Quad countries could coordinate their commercial infrastructure investments to provide alternatives to the influx of Chinese capital into regional construction projects in littoral states. This could help draw smaller states away from over-dependence on Chinese investments. Providing such economic alternatives could also provide long-lasting structural additions that aid regional sea lines.

The challenge for the Quad to effectively pursue any of these areas will likely be politics. Although the United States and Japan have shown an increasing willingness to talk tough on China, historically there has been less willingness in India and Australia. This is particularly true if New Delhi and Canberra fear that possible benefits in maritime coordination are outweighed by Chinese opposition. For example, India's acquiescence to the April 2016 Russia-India-China foreign ministers joint communique that called for the “full respect of all provisions of [the United Nations Convention on the Law of the Sea]” at a time that China was openly violating those provisions raised questions of India's willingness to be tough. There have also been questions regarding Australia due to Canberra's policy of relying on an economic relationship with China and a security relationship with the United States. In looking to maintain the right balance, Canberra was often viewed as hesitant to speak critically of Chinese behavior.

Yet, there is evidence that Australia and India have recalibrated their considerations. Canberra's 2016 Defence White Paper (PDF) called on China to be “more transparent” about its defense policies and stipulated that competing claims for territory and natural resources in Southeast Asia will provide a potential source of tensions. In its 2017 Foreign Policy White Paper, Canberra notes that Australia and China have “different interests, values and political and legal systems” that will give rise to “friction.”

Similarly, India is taking a firm line against China in the maritime domain. During his March 2015 visit to the Seychelles and Mauritius, Indian prime minister Narendra Modi laid out a framework for maritime engagement that signaled his commitment to the Indian Ocean littoral. This was followed by the Indian Navy's maritime strategy (PDF) which indicated a shift toward more naval engagement and the need for a network of regional cooperation to ensure peace and stability. Events like last year's standoff on the Doklam plateau do nothing to improve Sino-India relations; instead, they push India closer to countries willing to counter China.

The maritime domain suffers from a lack of collective action unless those with vested interests act. Quad members are the region's four most capable maritime powers, and naturally concerned with China's assault on international rules and norms. If ever realized, the Quad could serve as a platform to tackle some of the important maritime issues that require coordination in today's strategic environment.

This commentary originally appeared on Asia Maritime Transparency Initiative (CSIS) on February 21, 2018. Commentary gives RAND researchers a platform to convey insights based on their professional expertise and often on their peer-reviewed research and analysis.