Truth Decay and the Spirit of the Law 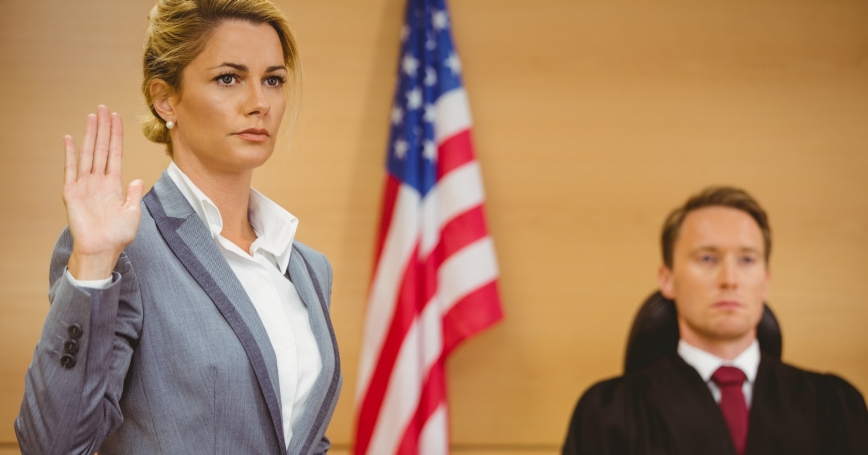 In the coming months and years, significant public attention will be paid to a slew of important issues. Many will get significant public play, including the relationship between China and the United States, contests between the Republicans and the Democrats, the widening gap between rich and poor, the economy and the environment, the Justice Department and the Supreme Court.

But one critical topic has only begun to receive the serious scholarly and civic attention it deserves. It is a subject with many names. It has been referred to as “post-fact” or “post-truth.” Only a small part of it is “fake news.” The various names do not describe precisely the same problems or phenomena, but for this purpose, I'll use the term employed by my colleagues at the RAND Corporation — “truth decay.”

In a recent study, “Truth Decay: An Initial Exploration of the Diminishing Role of Facts and Analysis in American Public Life,” RAND's Jennifer Kavanagh and Michael D. Rich identified and defined some key aspects of truth decay. Some of these should sound familiar. Disagreement about facts and analytical interpretation of data have become more extreme. The line between opinion and fact has become ever more blurred. In this age of the easily expressed opinion, the volume has been “turned up,” giving heightened importance to opinion and personal experiences across a vast communication landscape. And finally, the public's trust in once-respected institutions as sources of factual information has diminished.

Of increasing concern — and impacted by the emergence of truth decay — is the widening gap between how the law is expected to be (and generally is) practiced, and certain events transpiring in our political and policymaking realms.

Some of the practices associated with truth decay are anathema to the practice of law. In the law, there are, and have always been, significant ramifications for falsifying, bending or ignoring facts. As either a lay or expert witness, one can be humiliated on the stand. One's qualifications as an expert can be challenged through a Daubert motion. If the transgression is egregious enough, one can be sanctioned, disbarred or sent to prison. Judges are generally highly effective at making sure that, as much as possible, legal decisions are based on both the facts as best as they can be ascertained and the applicable law.

The legal approach cannot and should not be the standard by which our policymaking or political life is practiced or judged. It never has been. The judicial process is often conducted under oath, is deliberately slow-moving, often inefficient and expensive. It is neither practical nor desirable that our public policy decisions, to say nothing of our democratic political discourse, be similarly executed.

In the practice of law, just like in the responsible creation of public policy, we can say that the facts cannot be ascertained or are in dispute, that the data can lead to multiple interpretations, or that the fact-finding process was faulty. Even if the facts are established, we can argue that the proposed next steps cannot be taken because of other priorities, limited resources or issues of scale.

But — just like we do not permit such conduct in the practice of law — as responsible citizens in a proud, vibrant democracy we cannot permit the making of significant policy decisions based on patently false information that ignores readily available evidence, or seeks to create an artificial factual muddle where everything is seemingly in dispute.

The consequences for tolerating such practices are vast and dire. As Kavanagh and Rich show, truth decay is dangerous because it erodes civil discourse. It stunts legislative and executive processes because it can create political paralysis. It is corrosive to our political society, because in frustration individuals choose to disengage from political and civic life. It is far-reaching because it can lead to uncertainty in our national policy.

At this point, many of you may be thinking, “Ah, I too hate when 'they' engage in truth decay.” The problem is that it is not only “they” who do it, or choose to look the other way when kindred political, social or economic souls do so. It is, all too often, “me” and “us.”

There are many examples from across the political spectrum. Here are but two. Despite overwhelming evidence debunking the link between vaccines and autism, populations of parents who choose not to immunize their school-age children tend to clump in the highest percentages in politically left-leaning counties in California. Conversely, the Washington Post reported that 62 percent of polled Trump voters in late 2016 said they believed it is “definitely or probably true” that “millions of illegal votes were cast in the election.”

It requires courage to challenge those with whom we generally agree when they assert “facts” which we know to be false.

How often have each of us chosen to look the other way or bite our tongues when somebody from “our” side, “our” party, “our” truth, espouses facts or engages in conduct that furthers truth decay? Standing up for what we know is true requires courage. It requires individual, institutional and collective courage to challenge those with whom we generally agree when they assert “facts” which we know to be false.

However, if we do not challenge one another, we run the risk of descending into dangerous tribalism. We give free passes to those who share our basic philosophies or orientation, while factual assertions from the other side are dismissed without serious investigation. This is not who we are, or who we should permit ourselves to become.

The unprecedented engagement and ability of anyone and everyone to publish personal thoughts — however malicious, biased or unconstrained — is a tremendous challenge to surmount in addressing the erosion of truth. And what for centuries was considered a single truth, endorsed when published by respected authors and institutions in respected journals, mainstream newspapers, and then television news, is now anyone's game.

And a game it is. Today's social media hijinks make earlier eras in journalism that experienced truth decay look tame, fueled as they were by self-interested publishers and the politicians and others who used them. And the particular danger of the phase we are in right now is that untold millions of people now believe their “facts” are as valid as anyone's.

Though we find ourselves in historically choppy waters, there is much to suggest that this is a winnable battle.

As RAND research points out, this is not the first time the country has had to engage in similar fights. In the 1880s, “Yellow Journalism” ran amok. Newspapers sensationalized, and sometimes outright fabricated, news stories to win subscribers. Papers also took blatant sides in political debates, vilifying their detractors and using misleading or false information to support their claims.

In the 1920s, we experienced “Jazz Journalism.” Newspapers and radio stations sensationalized stories, focusing primarily on stories of sex, violence and alcohol. This period saw the rise of tabloids, which spread misleading or false information to gain subscribers. Legitimate newspapers, to keep their readers, responded with the inclusion of more non-news content, including opinion and advice columns. The result was the increased blurring of fact and opinion and growing distrust in formerly-respected sources of information.

In the 1950s and 1960s, McCarthyism and “New Journalism” followed suit. Accompanying the increased importance of television news during the Vietnam War, New Journalism, relied “on a subjective perspective and privilege[d] personal experience and belief over objective facts.” It led to additional blurring of opinion and fact and the greatest distrust of American media organizations the nation had seen up to that point.

Yet, in due course, Kavanagh and Rich conclude, after each of these historical periods, the critical mass of public policy formulation largely swung back toward fact-focused analysis and decisionmaking.

Most fundamentally, the fight against truth decay is winnable because when Americans believe our core values are endangered, we are highly effective at mustering our resolve to engage in worthy fights. We have defeated slavery, Nazism, Soviet Communism and many other “isms” that utilize false facts as the cornerstone of their philosophies. We can do so again.

So if we choose to engage, we will surely prevail. However, we must summon the courage to seriously engage — to thoroughly study, evaluate, and challenge truth decay and its modern manifestations. People across the political spectrum will need to proclaim that the time for affirmative and proactive ignorance in our public policy discourse and decisionmaking must come to an end. Though there will always be political divisions and healthy disagreement on the issues, let us first try to honestly ascertain, and be guided by, the facts, and the spirit of the law.

That's a truth worthy of a fight.

This commentary originally appeared on Daily Journal on March 23, 2018. Commentary gives RAND researchers a platform to convey insights based on their professional expertise and often on their peer-reviewed research and analysis.