Military Mobility Returns to the Forefront in Europe 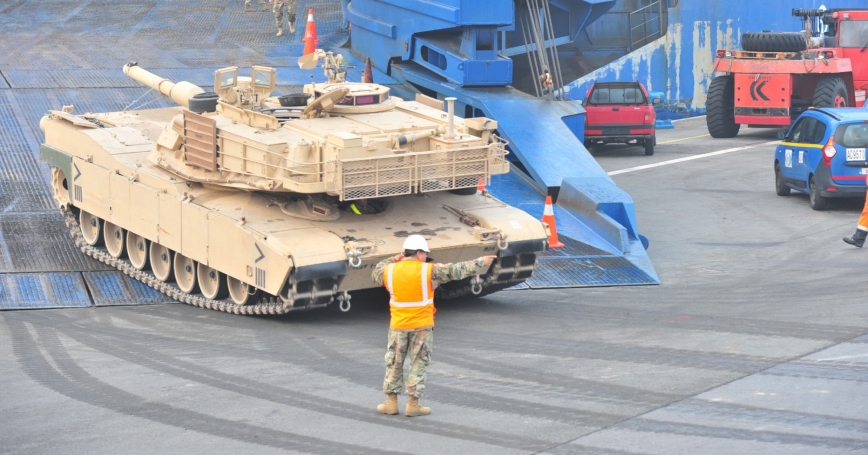 A U.S. Army soldier guides an M1 Abrams main battle tank off the ramp of the ARC vessel Endurance at the Port of Antwerp, Belgium, May 20, 2018

While military logistics within NATO have received less attention since the end of the Cold War, the issue is returning to the forefront given concerns over the increasing ability of peer or near-peer adversaries to engage in conventional warfare. Four aspects of military mobility merit continuous attention when aiming to achieve reliability of supply in support of defensive and deterrent action in the European theater.

Protecting one's own supply lines and attacking those of any adversary are fundamental parts of military strategy. Both historic and recent conflicts provide ample examples of the crucial importance of the protection of strategic and operational supply lines. The German U-boat campaign during World War II aimed to disrupt merchant shipping and limit supplies from the United States to Europe, while more recently in Syria both the regime and the rebels have sought ways to cut the opponent's supply lines and impose siege.…

Marta Kepe is an analyst in the Defence, Security and Infrastructure Group at RAND Europe. Her work focuses on transatlantic and European defence capabilities.

This commentary originally appeared on Defense News on June 25, 2018. Commentary gives RAND researchers a platform to convey insights based on their professional expertise and often on their peer-reviewed research and analysis.