Trump and Putin Should Start Small at Helsinki Summit 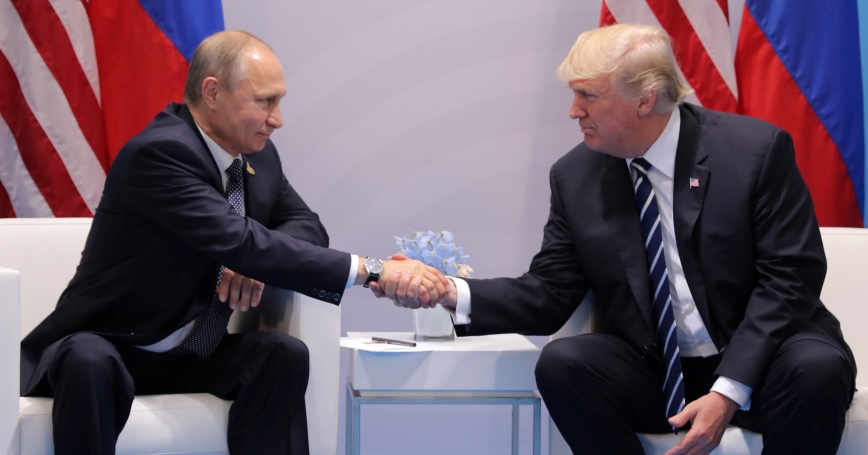 On the heels of his historic meeting with North Korea's Kim Jong Un, Donald Trump will now hold his first formal summit with Vladimir Putin in Helsinki on July 16. Their agenda will likely include the main sources of strain in relations, such as Ukraine, Syria, and election interference. Russia's actions in these crucial areas cannot be ignored. Yet the presidents may also search for some common ground. They might find it easier to make concrete progress if they start with lower-profile issues—as Mikhail Gorbachev and Ronald Reagan did at their first summit, after years of tensions not unlike those of today.

At their Geneva summit in 1985, Reagan and Gorbachev debated nuclear arms and human rights issues, but reached concrete agreement on expanding scientific, educational, and cultural exchanges and opening reciprocal consulates in New York and Kiev. These might again be promising areas for summit progress, along with steps to improve commercial relations and ease travel restrictions.

Trump and Putin might find it easier if they start with lower-profile issues like Reagan and Gorbachev did at their first summit.

Begun in the Eisenhower administration, exchanges gained fame in the U.S.-Soviet “kitchen debate” of 1959, when Vice President Richard Nixon exchanged barbs with Nikita Khrushchev at a U.S. exhibit in Moscow. Over the years exchanges have provided channels of dialogue and led to cooperation in space exploration, the Arctic, and medical research and innovation.

Reagan and Gorbachev oversaw the launch of U.S.-Soviet high school student exchanges, which opened the door to expanded school and university partnerships. Other people-to-people exchanges, including through the Library of Congress Open World program, brought emerging Soviet leaders to meet with American counterparts. Interest among U.S. students in studying Russian language reached all-time highs, while in Russia demand surged for the study of American English. Cold War-era distrust ebbed as exchanges participants came to know people from the other country.

In recent years many linkages have eroded (PDF). Putin ordered the end of high school exchanges in 2014 and the closure of a Moscow-based U.S. cultural center the following year. He seems to believe that such contacts encourage opponents; in 2011 he blamed then-Secretary of State Hillary Clinton for giving a “signal” to encourage anti-Kremlin protesters after reports of fraud in Russia's parliamentary elections.

At the upcoming bilateral summit, Trump and Putin should recognize the value of exchanges. Reviving them could help reverse a worrying decline of independent expertise and sustained dialogue, and help lay a broader foundation for improved U.S.-Russian relations.

Another step would be for Trump and Putin to emphasize the role of business ties in building an enduring foundation for overall relations. Ambassador Jon Huntsman encouraged U.S. business leaders to attend last month's St. Petersburg International Economic Forum, and they were the largest foreign contingent. But sanctions constrain these ties. Until Moscow ends its war in eastern Ukraine, Russians will likely face limits on access to Western finance and to some energy and defense technologies.

Despite sanctions and political tensions, many American businesses in Russia have sustained or even expanded their work. They are active in such areas as energy, consumer goods, advisory services, transport, and manufacturing, and are great advocates for fair and ethical business practices, which are sorely lacking in Russia today.

The United States could review its elevated advisory on travel to Russia, which discourages exchanges and commercial ties. Last January, the Department of State raised it to “Level 3—reconsider travel” from “Level 2—exercise increased caution.” State's concerns are real: “terrorists may attack … (and) bomb threats … are common.” Yet Mexico is Level 2 despite conditions there that seem no less ominous: “violent crime, such as homicide, kidnapping, carjacking, and robbery, is widespread.”

U.S. students, tourists, and businesspersons in Russia tend to frequent safer environs, such as campuses and downtown Moscow and St. Petersburg. Many tourists travel in organized groups. Warnings could remain on travel to the risky North Caucasus, where few Americans venture, and occupied Crimea. Restoration of U.S. consular services in Russia could facilitate a return to Level 2.

Gorbachev and Reagan had to crawl before walking, but at their third summit in 1987 they signed a historic nuclear arms treaty. U.S.-Russian relations are at a post-Cold War low point, and overcoming rancor over Russian election interference and interventions in Ukraine and Syria will require patient diplomacy and dialogue. In our experience, exchanges, tourism, and commercial ties have proven to be effective and inexpensive means to restore sundered ties and therefore are a worthy outcome of any summit.

William Courtney is an adjunct senior fellow at the nonpartisan RAND Corporation and a former U.S. ambassador to Kazakhstan and Georgia. Kenneth Yalowitz directs the M.A. Program in Conflict Resolution at Georgetown University and is a former ambassador to Belarus and Georgia.

This commentary originally appeared on Reuters on July 2, 2018. Commentary gives RAND researchers a platform to convey insights based on their professional expertise and often on their peer-reviewed research and analysis.