Approaching a 'New Normal': What the Drone Attack in Venezuela Portends 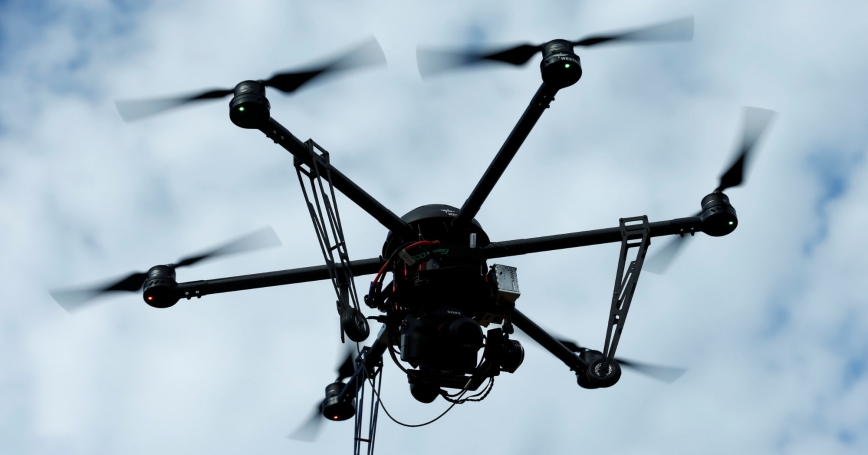 When two drones, each equipped with a kilogram of powerful plastic explosives, were used on August 4 to attempt to assassinate Venezuelan President Nicolas Maduro, it may have ushered in a foreboding new era—terrorism by unmanned aircraft.

The use of weaponized drones by lone individuals and small groups—some acting as proxies of nation-states—is no longer just a concern for the future, but very much for the present. The proliferation of certain emerging technologies has effectively diffused power and made it available at the lowest levels. The barriers to entry have never been lower for individuals to gain access to commercial off-the-shelf technology that can be used to lethally target individuals. Lone actors or small cells of terrorists, criminals, or insurgents can effectively harness the tactical flexibility of a small drone to wreak havoc, including potentially using a drone to take down an airliner.

State sponsorship of terrorist groups also increases the likelihood of drone attacks, since states can provide the necessary equipment and training, ensuring that terrorist attacks featuring weaponized drones is a near fait accompli in the not-so-distant future.

It is already happening with Hezbollah and allegedly with the Houthi rebels, who have used drones to ram Saudi air defenses in Yemen. Some groups are mastering drone technology without the help of state sponsors. In Syria, the Islamic State has successfully used drones to conduct surveillance and reconnaissance in addition to carrying out offensive actions like dropping a grenade on an adversary's military base.

Since so many countries are now using armed drones in combat—Nigeria, Pakistan, and Turkey have recently done so—the chances for sophisticated drone technology getting into the wrong hands increases exponentially. If a terrorist group can steal or purchase a drone from a rogue state or corrupt military or intelligence officials, then they could rely on the myriad online videos posted that essentially demonstrate how these unmanned systems could be used to conduct an attack.

Unmanned systems are proliferating and commercial off-the-shelf technology is easy to acquire.

That the drones were able to get so close to a world leader at a public outdoor event in Caracas, Venezuela, speaks to how easy drones are to use—and how difficult they are to defend against. Unmanned systems are proliferating and commercial off-the-shelf technology is easy to acquire. Hobby shop drones are small, lightweight, and relatively easy to maneuver after a modicum of practice. Military-style drones are heavier, but can also carry a greater payload with more explosives. With the advent of machine learning and artificial intelligence, drones may soon become programmable and smart enough to be used without human guidance and for increasingly nefarious ends.

One nightmare scenario universally feared by law enforcement and security services is the use of a small drone to deliver chemical or biological agents in an attack. It is already well-established that al-Qaeda and other terrorist groups have long sought to engineer a spectacular attack in the West using weapons of mass destruction. The possibility that drones could be used to disperse deadly agents or viruses over a sports stadium or public gathering place is a harrowing prospect. Even if a drone attack fails to result in large numbers of fatalities, the attempt could still achieve an attacker's goal of perpetuating the psychological dimension of terrorism.

In the future, the private-sector commercial and personal use of drones will likely be ubiquitous in society. Drones have already been used to deliver pizzas and packages. If by, say, 2020 companies are regularly using drones to make home deliveries, this could make for a highly congested airspace and potentially make it easier for terrorists to hide weaponized drones among the larger cluster of drone traffic. Drones snapping pictures or recording video will probably become so common that it will be nearly impossible to discern if a drone is being used to conduct surveillance of potential targets or sensitive sites that terrorists are plotting to attack. The attempt on Maduro came close, and the attention it has received in the media could embolden other similar attempts.

Terrorists are highly adaptive and innovative and will continue to find new ways to spread fear and chaos. It is imperative that counterterrorism specialists begin planning a robust response to the threat, not only in terms of detection and counter-measure technology, but also the training necessary to defend against attacks by weaponized drones. Over the long run, laws and policies governing drone use need to be developed before an attack takes place, not in its aftermath.

Without such laws and policies, the next assassination attempt could very well succeed.

Colin P. Clarke is a political scientist at the nonprofit, nonpartisan RAND Corporation and a non-resident Senior Fellow in the program on national security at the Foreign Policy Research Institute (FPRI).

This commentary originally appeared on Foreign Policy Research Institute on August 13, 2018. Commentary gives RAND researchers a platform to convey insights based on their professional expertise and often on their peer-reviewed research and analysis.