Here's How Russia Will Try to Interfere in the 2018 Elections 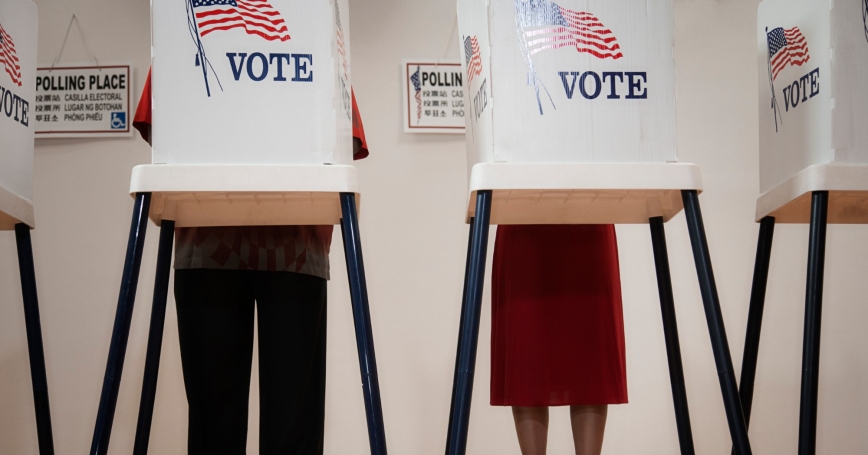 In the face of a bipartisan congressional effort to expand sanctions against Russia, the Trump administration is escalating pressure on the Kremlin over its interference in U.S. political life.

The State Department announced last week that it had called in Russia's top diplomat in Washington and conveyed that the U.S. would “not tolerate” Kremlin “attempts to use social media accounts to promote violent and divisive causes in the U.S.”

U.S. social media companies are also taking actions. Facebook is removing over 30 pages and fake accounts that exploit social divisions and use methods employed by Russian agents who interfered in the 2016 U.S. presidential election. Facebook's diligence and pressure from U.S. authorities may help stem the threat, but by how much is uncertain.

Much of Russia's tradecraft in 2016, including on social media platforms, has been exposed by Special Counsel Robert Mueller's indictments and congressional and media investigations. This diminishes its utility.

One ploy was Moscow's attempt to manipulate the National Rifle Association, including through the alleged activity of Maria Butina, who federal prosecutors recently charged with conspiracy and acting as a foreign agent.

From the Kremlin's perspective, the 2016 election interference may look successful despite political blowback in Washington and resulting expanded sanctions. Russian President Vladimir Putin may think he helped elect an American president that he favored.

Former U.S. Director of National Intelligence James Clapper says the Russians “actually turned” the election. If Clapper is right, perhaps not since the theft of U.S. atomic bomb secrets in World War II has Moscow been so successful in a covert operation in the U.S.

Russia will again threaten midterm elections in November, although by how much is unclear. On July 14 Secretary of Homeland Security Kirstjen Nielson said Russia was not targeting the midterms with the same “scale or scope” as the 2016 presidential election. But on Aug. 2 Director of National Intelligence Dan Coats pointed to “a pervasive messaging campaign.”

The Kremlin may expect less favorable circumstances this November. To influence elections for the Senate and House, Moscow would have to invest on a wider geographical scale than in 2016.

Moscow might be more restrained this year, but it could be wilier.

Many states and localities will likely have hardened their electoral systems. Facebook, Twitter, and other social media platforms will be more resistant to manipulation. And Moscow may assess that few congressional candidates will be as favorably inclined toward Russian interests as the Kremlin likely believes Trump to be.

For these reasons Moscow might be more restrained this year, but it could be wilier.

The Kremlin might try to funnel dark money, possibly though U.S.-based shell corporations, to issue-oriented “social welfare” groups that have divisive goals. Under section 501(c)(4) of the federal tax code, such groups are not required to disclose sources of funds.

Using disguised websites and trolls, Moscow may continue exploiting social tensions, as it did after the Parkland, Florida, school shooting by inflaming the gun-control debate.

Some states and localities might still not have high security in their vote-counting systems, and Kremlin hackers may seek to penetrate them to alter results.

At the July 16 summit in Helsinki, Putin made clear his preference for Trump in 2016 because candidate Trump “talked about normalizing” U.S.-Russian relations. The Kremlin may want to protect its investment. It could visibly back some of President Trump's opponents so as to deflect attention from its support for him. This would seem to validate Trump's claim that Moscow will favor Democrats in November.

Former senior CIA Russian operations officer Charles Leven thinks the Kremlin may do more to incite violence, such as stoking racist and anti-immigrant passions by hyping alleged links to crime.

The Kremlin also may not overlook “open source” intelligence collection, to learn where races are close and how candidates might be vulnerable. Granular insights can be obtained from regional and local newspapers, as well as expert political reports.

Russian operatives may spot and assess those whose views accord with the Kremlin's and seek to cultivate them online as unwitting assets. Moscow might ask some to volunteer for campaigns of candidates it opposes, so they can report on or expose inside developments. The Kremlin also can be expected to wine and dine U.S. political figures who visit Russia and seem vulnerable.

Intelligence officers, as Putin once was, know they must adapt and improve their tradecraft to stay ahead of adversaries. So it may be with Kremlin election ploys this year.

William Courtney is an adjunct senior fellow at the nonpartisan, nonprofit RAND Corporation and was U.S. ambassador to Kazakhstan, Georgia, and a U.S.-Soviet commission to implement the Threshold Test Ban Treaty.

This commentary originally appeared on Fox News Channel on August 14, 2018. Commentary gives RAND researchers a platform to convey insights based on their professional expertise and often on their peer-reviewed research and analysis.