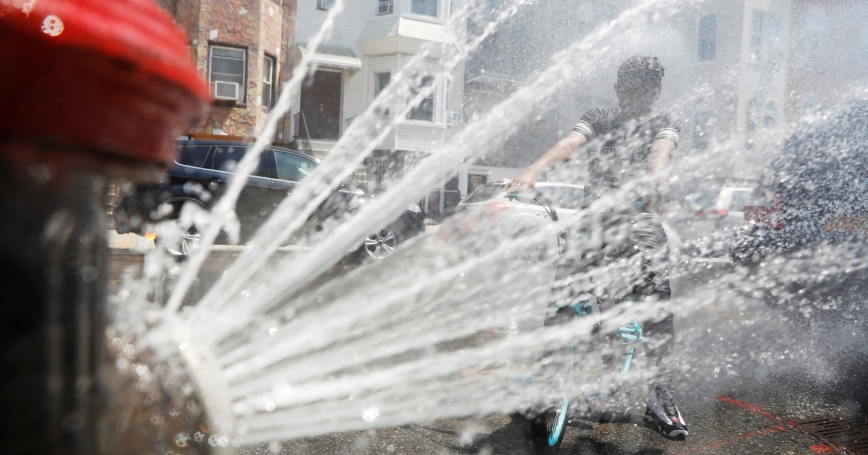 A boy on a bicycle cools off from the extreme heat from an opened fire hydrant in Brooklyn, New York, July 2, 2018

Recent reports have delivered sobering messages about climate change and its consequences. They include the Intergovernmental Panel on Climate Change's Special Report on Global Warming of 1.5°C; the fourth installment of the U.S. government's National Climate Assessment; and the World Meteorological Organization's initial report on the State of the Global Climate 2018 (PDF).

As these reports show, climate change is already occurring, with impacts that will become more intense for decades into the future. They also make clear that reducing greenhouse gas emissions from human activities to a level that would limit warming to 2 degrees Celsius (3.6 degrees Fahrenheit) or less above preindustrial levels will pose unprecedented challenges.

Today, however, there is a large and growing gap between what countries say they'd like to achieve and what they have committed to do. As scholars focused on climate risk management and adaptation, we believe it is time to think about managing climate change damage in terms of triage.

Hard choices already are being made about which risks society will attempt to manage. It is critically important to spend limited funds where they will have the most impact. 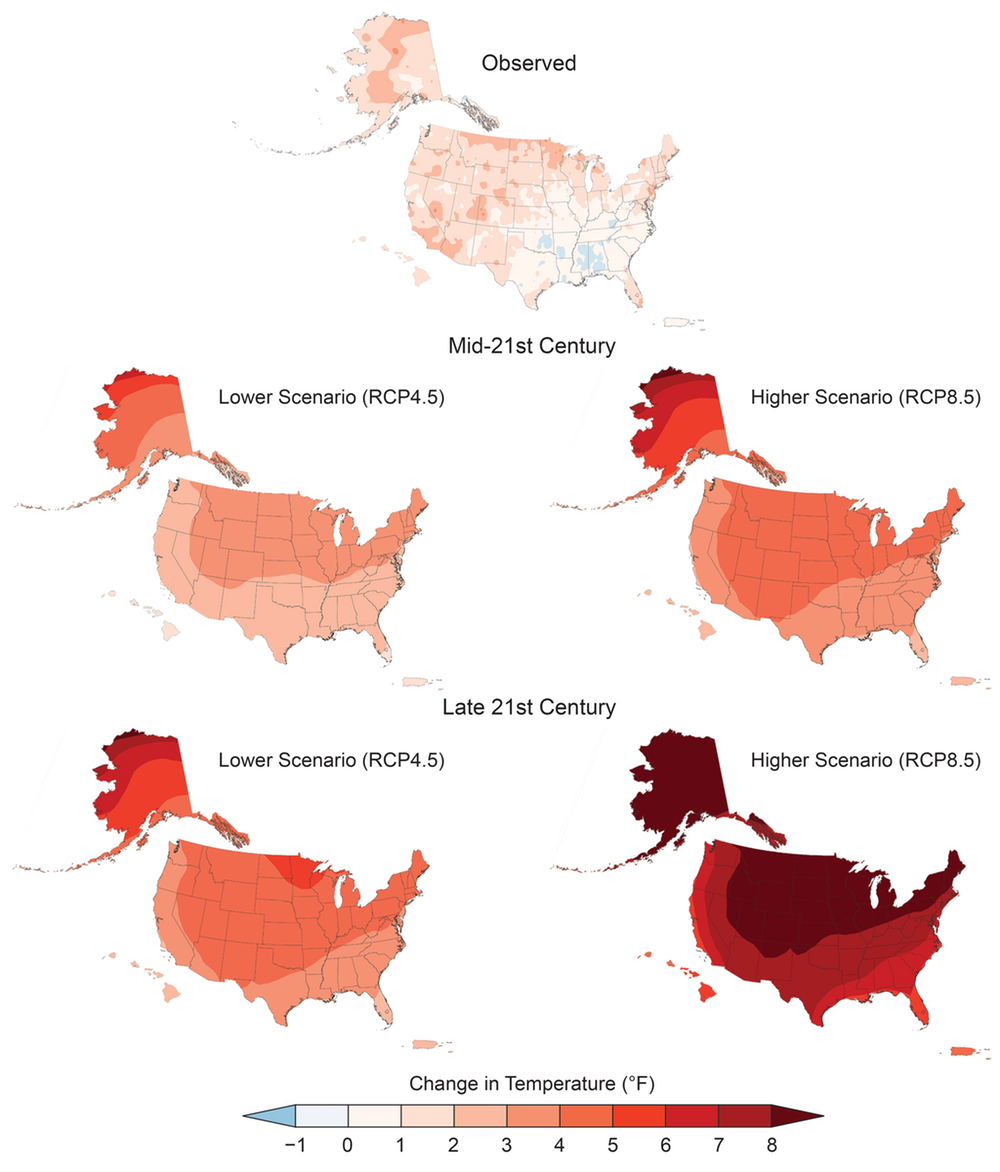 Triage is a process of prioritizing actions when the need is greater than the supply of resources. It emerged on the battlefields of World War I, and is widely used today in fields ranging from disaster medicine (PDF) to ecosystem conservation and software development.

The projected global costs of adapting to climate change just in developing countries range up to US$300 billion by 2030 and $500 billion by mid-century (PDF). But according to a recent estimate by Oxfam, just $5 billion to $7 billion (PDF) was invested in projects specific to climate adaptation in 2015-2016.

The first bucket represents impacts that can be avoided or managed with minimal or no interventions. For example, assessments of how climate change will affect U.S. hydropower (PDF) indicate that this sector can absorb the impacts without a need for costly interventions.

The second bucket is for impacts that are probably unavoidable despite all best efforts. Consider polar bears, which rely on sea ice as a platform to reach their prey. Efforts to reduce emissions can help sustain polar bears, but there are few ways to help them adapt. Protecting Australia's Great Barrier Reef or the Brazilian Amazon poses similar challenges. 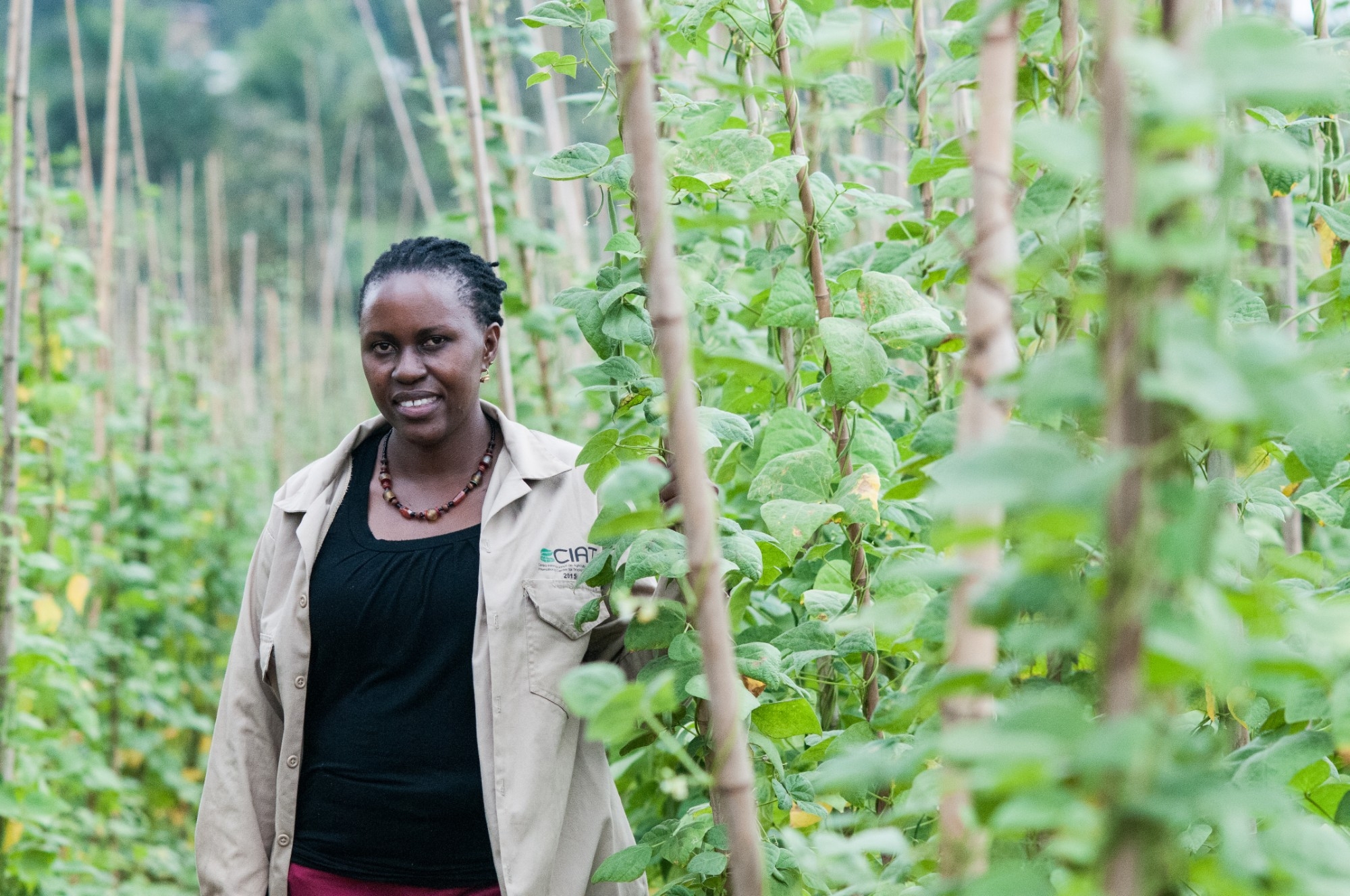 Clare Mukankusi breeds beans for a gene bank in Kawanda, Uganda, with properties including drought resilience to help farmers cope with extreme conditions

Photo by Georgina Smith/CIAT/ CC BY 2.0

The third bucket represents impacts for which practical and effective actions can be taken to reduce risk. For example, cities such as Phoenix, Chicago and Philadelphia have been investing for years in extreme heat warning systems (PDF) and emergency response strategies to reduce risks to public health. There are a variety of options for making agriculture more resilient, from precision agriculture to biotechnology to no-till farming. And large investments in infrastructure and demand management strategies have historically helped supply water to otherwise scarce regions and reduce flood risk.

In each of these cases, the challenge is aligning what's technically feasible with society's willingness to pay.

Other experts have called for climate change triage in contexts such as managing sea level rise and flood risk and conserving ecosystems. But so far, this approach has not made inroads into adaptation policy.

How can societies enable triage-based planning? One key step is to invest in valuing assets that are at risk. Placing a value on assets exchanged in economic markets, such as agriculture, is relatively straightforward. For example, RAND and Louisiana State University have estimated the costs of coastal land loss in Louisiana owing to property loss, increased storm damage, and loss of wetland habitat that supports commercial fisheries.

Valuing non-market assets, such as cultural resources, is more challenging but not impossible. When North Carolina's Cape Hatteras lighthouse was in danger of collapsing into the sea, heroic efforts were taken to move it further inland because of its historic and cultural significance. Similarly, Congress makes judgments on behalf of the American people regarding the value of historic and cultural resources when it enacts legislation to add them to the U.S. national park system.

The next step is identifying adaptation strategies that have a reasonable chance of reducing risks. RAND's support for the Louisiana Coastal Master Plan (PDF) included an analysis of $50 billion in ecosystem restoration and coastal protection projects that ranked the benefits those projects would generate in terms of avoided damages.

This approach reflects the so-called “resilience dividend”—a “bonus” that comes from investing in more climate-resilient communities. For example, a recent report from the National Institute of Building Sciences estimated that every dollar invested in federal disaster mitigation programs—enhancing building codes, subsidizing hurricane shutters or acquiring flood-prone houses—saves society $6. Nevertheless, there are limits (PDF) to the level of climate change that any investment can address.

The third step is investing enough financial, social and political capital to meet the priorities that society has agreed on. In particular, this means including adaptation in the budgets of federal, state, and local government agencies and departments, and being transparent about what these organizations are investing in and why.

Much progress has been made in improving disclosure of corporate exposure to greenhouse gas reduction policies through mechanisms such as the Task Force on Climate-Related Disclosures, a private sector initiative working to help businesses identify and disclose risks to their operations from climate policy. But less attention has been given to disclosing risks to businesses from climate impacts, such as the disruption of supply chains, or those faced by public organizations, such as city governments.

Finally, governments need to put frameworks and metrics in place so that they can measure their progress. The Paris Climate Agreement calls on countries to report on their adaptation efforts. In response, tools like InformedCity in Australia are emerging that enable organizations to measure their progress toward adaptation goals. Nevertheless, many organizations—from local governments to corporate boardrooms—are not equipped to evaluate whether their efforts to adapt have been effective.

There are many opportunities to manage climate risk around the world (PDF), but not everything can be saved. Delaying triage of climate damages could leave societies making ad hoc decisions instead of focusing on protecting the things they value most.

Benjamin Preston is director of the Community Health and Environmental Policy Program and a senior policy researcher at the nonprofit, nonpartisan RAND Corporation. Johanna Nalau is a postdoctoral research fellow with Griffith Climate Change Response Program and Griffith Institute for Tourism at Griffith University.

This commentary originally appeared on The Conversation on January 23, 2019. Commentary gives RAND researchers a platform to convey insights based on their professional expertise and often on their peer-reviewed research and analysis.