Economic Burden or Opportunity? How Syrian Refugees Can Contribute to Local Economies 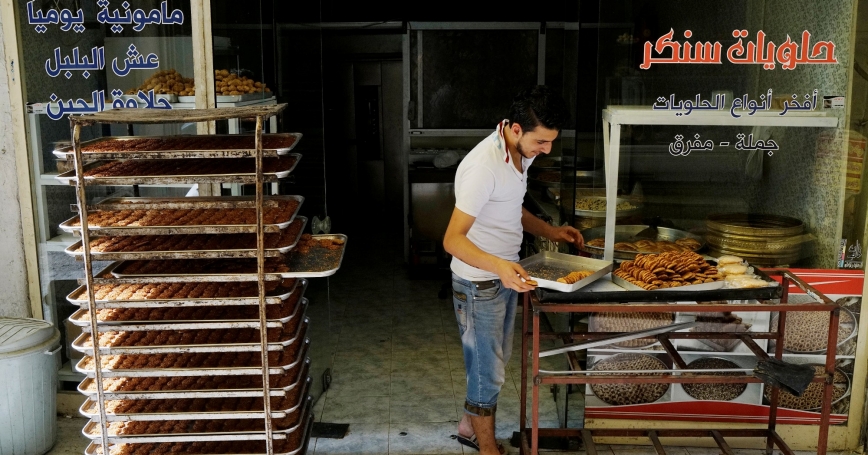 by Fadia Afashe and Louay Constant

The influx of refugees escaping the war in Syria has placed an enormous economic burden on the countries that host them. Despite the challenges, host countries have an opportunity to capitalize on the presence of refugees to grow their own economies for the mutual benefit of all.

The war in Syria has forced over half of its 23 million people to flee to safer places, both inside and outside the country. More than 5.6 million Syrians have fled to neighboring nations—primarily Turkey, Jordan, and Lebanon. Many believe that this huge number of refugees weighs heavily on host countries' economies that are already fragile, and that refugees are a drain on services and competition for employment.

Despite the political discourse around the effect of the influx of refugees, economic troubles were already on the horizon for Syria's neighbors and the host countries before significant displacement began. Regional instability and ensuing security concerns affected foreign investment, trade routes were disrupted due to war, and demand from regional trading partners was tempered as lower oil prices drove down revenues. Nonetheless, the presence of refugees has certainly strained the host countries' education, health, and other basic services, and unemployment is high among both local citizens and refugees. The future prosperity and stability of the region depends on providing economic opportunities that benefit both groups.

A recently completed study by the RAND Corporation that included interviews with stakeholders, a survey of 1,800 Syrian households and 450 private companies, and 36 focus groups with Syrians and host country nationals, as well as migrant workers found that many Syrians wanted to work and contribute to their own livelihoods. But they face many obstacles, particularly to their mobility. For example, in Turkey, refugees are concentrated in areas with limited job opportunities; in Jordan, refugees find it difficult to move to and from the industrial zones where employers are incentivized to hire them; and in Lebanon, lack of a residency permit limited mobility to and from work because of the fear of arrest and deportation.

Syrian refugees in Turkey, Jordan, and Lebanon can add value to the economy if they are trained in middle-skill jobs and able to relocate to areas where manufacturing firms need skilled workers.

Syrian refugees in Turkey, Jordan, and Lebanon can add value to the economy if they are trained in middle-skill jobs and able to relocate to areas where manufacturing firms need skilled workers. The international community has already provided training programs, but those programs could be more efficient if they were better aligned with employers' needs and offered to both local workers and refugees. In addition, increasing the number of services that match job vacancies and job seekers could benefit both local and refugee workers. These measures could help counter the perception that support is only directed to Syrian refugees and could promote social cohesion between the refugee and host communities.

Of course, addressing the refugee crisis cannot be the responsibility of the host countries alone. International investment in the countries' infrastructure would create jobs for both refugees and local workers. This would require each country to establish mechanisms for effective governance, accountability, and monitoring to renew confidence among wary investors. This measure could be taken in parallel with lowering restrictions on where Syrians can work to create an environment that facilitates entrepreneurship for both host country nationals and Syrian entrepreneurs.

Looking to the future, the study advised host countries to consider attracting investment and workers to second-tier cities to avoid—and help alleviate—the bottlenecks in major cities' labor markets. Host countries could also realistically assess Syrian reconstruction and the role they could play in its renaissance, including providing refugees with the skills they will need to rebuild their home country. Mutually beneficial outcomes are within reach.

Fadia Afashe is a production editor and Louay Constant is a senior policy researcher at the nonprofit, nonpartisan RAND Corporation.

This commentary originally appeared on The SASA Post on March 22, 2019. Commentary gives RAND researchers a platform to convey insights based on their professional expertise and often on their peer-reviewed research and analysis.