North Carolina Program Helps Former Prisoners Make It on the Outside 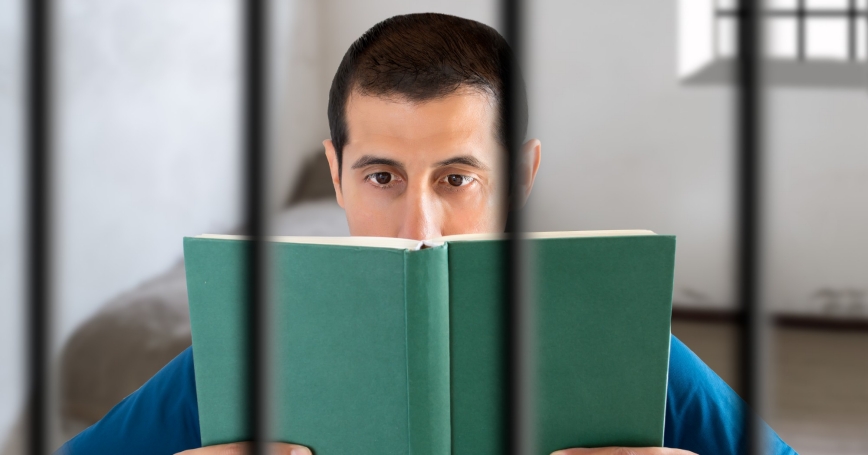 “I'm 17 years in prison and I'll be 19 years in when I get out. The whole world will be different, and it will be a total shock.” This quote from an incarcerated North Carolina man captures his fear of being released from prison and into a community and not knowing if he would make it.

“Making it” ultimately means avoiding the all-too-common fate of ending up back in prison. To avoid that fate, incarcerated adults like the one above need the skills and credentials they typically don't have. And they need help with substance abuse and physical and mental health issues, with finding stable housing and reliable transportation, and with balancing the need to keep a living-wage job and continue their education.

Fortunately, the incarcerated man above got a chance to make it. He participated in the Pathways from Prison to Postsecondary Education demonstration project in North Carolina, which creates a continuum of college education and reentry support services for incarcerated adults. He began the program two years ago while in prison and continued it in the community after release.

The Pathways program is part of a growing national and state trend to provide college programs to incarcerated adults. While the trend is still in its infancy, we need to understand what does and doesn't work. Our evaluation of the Pathways program followed inmates through their time in prison and then into communities in North Carolina where they were released.

One key lesson from the in-prison component of the Pathways program is that having the support of senior corrections leadership and an effective senior administrator are key to making such postsecondary education programs work. Such support helps send the message that education is a priority.

Another in-prison lesson was that reentry planning should begin before release. Pathways staff and students recommended that programs like Pathways embed more opportunities into the in-prison component to familiarize students with their release communities, particularly for students being released to communities far from their homes. The Pathways students also appreciated being able to meet with the local reentry staff prior to release. These meetings enabled them to get to know about the reentry to come, ask questions, discuss housing options, and plan for re-enrolling in college.

Reentry supports are critical to students being able to stay in their education programs upon release.

In terms of post-release, a key lesson was that reentry supports are critical to students being able to stay in their education programs upon release. As is true for many incarcerated adults, reentry is a challenging time. Within a few weeks of being released, Pathway students were expected to enroll in college full-time; secure part-time employment; find suitable housing arrangements; address transportation needs; reunite with family members; and, in some cases, resume parental and financial responsibilities for their families. Key to success in North Carolina was investing in the local reentry infrastructure to ensure that robust reentry supports were available to students. North Carolina may have been even more successful with the community component if students had been able to enroll in college part-time rather than full-time, which would have provided them more time to get acclimated and go through the reentry adjustment process.

Also, having a Pathways navigator or a trusted person of authority was key to reentry success. Such navigators help link students to reentry services, apply for college and financial aid, and enroll in classes. We also saw the importance of assigning the Pathways students probation and parole officers who were supportive of education and understood the program.

Let's return to the male inmate who was in prison for 19 years while the world moved on. Imagine where you were 19 years ago and think about how much you have accomplished academically, professionally, and in life from then until now. Instead of just serving time, the Pathways Program enabled that individual to do something with his time by focusing on his education and future. The overwhelming majority of Pathways students were engaged and dedicated to furthering their education and wanted to move on with their lives after prison. Helping them overcome these challenges and make it in the community is a net gain for them and for the communities to which they return.

Lois M. Davis is a senior policy researcher at the nonprofit, nonpartisan RAND Corporation and a professor at the Pardee RAND Graduate School. Michelle Tolbert is program director, adult education at RTI International.

This commentary originally appeared on The News & Observer on July 11, 2019. Commentary gives RAND researchers a platform to convey insights based on their professional expertise and often on their peer-reviewed research and analysis.