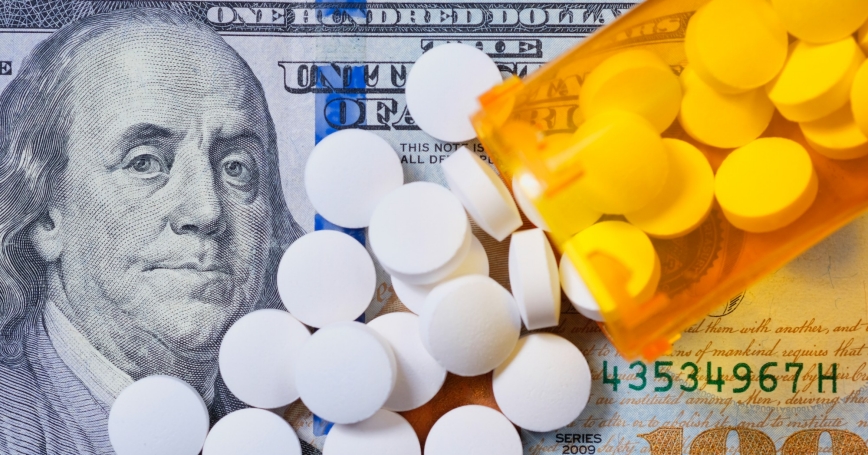 A massive lawsuit (PDF) filed in May by 44 states accuses 20 major drug makers of colluding for years to inflate prices on more than 100 generic drugs, including those to treat HIV, cancer, and depression. If true, the alleged behavior is not just a violation of antitrust law, but also a betrayal of the government policies that created and defended the entire generic drug industry.

Most prescriptions in the U.S. today—9 in 10—are filled with generics, which are just as safe and effective as their brand-name equivalent. And yet generics account for only 22 percent of U.S. prescription drug spending. These prices are so low because of competition between makers of different versions of the same generic drug. The more competing generic alternatives, the lower the price, theoretically right down to the marginal cost of manufacturing the pill.

This success is the result of decades of careful federal and state policymaking, all geared towards introducing competition in prescription drug markets. The entire generic industry has its origins in the Hatch-Waxman Act of 1984. Prior to Hatch-Waxman, a company that wanted to sell a competing version of a drug whose patents had expired had to conduct lengthy and expensive clinical trials to get approval from the U.S. Food and Drug Administration. Hatch-Waxman established a quicker, less-expensive path to FDA approval that leans on the scientific research supporting the already approved brand-name drugs.

Hatch-Waxman also created incentives for generic drug makers to challenge drug patents that prevent competition. Successful challengers win a 180-day period of exclusivity during which their generic is the only one allowed to compete with the brand-name drug. The floodgates open and additional competition pushes prices down further after the 180-day period.

All these policies aim to promote competition in order to reduce how much Americans spend on drugs. Overall, they've succeeded. One estimate puts savings to patients and health plans from generic drugs at $265 billion (PDF) in 2018 alone. Lower prices also improve adherence to treatment regimens for chronic conditions, which helps avoid downstream health care costs.

But where patients and health plans benefit the most from competition, the profit margins realized by generic drug makers are the slimmest. Margins can be razor thin or nonexistent for run-of-the-mill generic pills or capsules. Generic drug makers have always had an eye out for opportunities to widen those margins. In the past, for example, the profits realized during the 180-day exclusivity period were so comparatively enormous that generic companies camped out in FDA's parking lot to be the first to file a challenge. But then after a policy change allowed it, companies began to share exclusivity (thereby shrinking the incentive to be first) and generic drug makers increasingly settled patent litigation with brand-name drug makers rather than fight to a final decision.

The settlements usually allow the generic drug maker to enter the market—just not immediately—in exchange for a large lump-sum payment. While brand-name and generic drug makers claim these “pay for delay” deals benefit everyone, the Federal Trade Commission disagrees. Patients, after all, are left paying brand-name prices for years. The FTC has waged a campaign against such settlements for nearly a decade.

Eventually, for most blockbuster drugs, there are many competing generic versions and therefore lower prices. But competition is more anemic—and sometimes absent—in lower-volume corners of the prescription drug market. Shortages and price spikes are common when there are only one or two manufacturers. Drugs with complex manufacturing requirements, such as injected and infused drugs, also typically have fewer generic competitors and higher prices. Likewise, competition from “biosimilar” versions of biologic drugs (which, despite important differences with generics, also aim to lower prices through competition) has yet to take off as hoped and prices for biologics remain high.

The U.S. generic industry has its warts. But most of them are the result of loopholes and market forces that could be addressed with policy changes.

In short, it's no secret that the U.S. generic industry has its warts. But most of them are the result of loopholes and market forces that could be addressed with policy changes if policymakers choose to do so.

The price-fixing allegations in the lawsuit, if correct, raise the level of concern. They suggest that failures of competition in the generic industry are more troubling—and more widespread—than anyone knew. If the alleged price increases—some up to 1000 percent—are true, patients and health plans have been overcharged to the tune of “many billions of dollars,” according to the lawsuit. The broader damage done to trust in generic drug makers may be irreparable.

Especially as spending on prescriptions overall is increasing, the U.S. needs a fair, competitive generic drug industry. It shouldn't take more aggressive policing of antitrust laws to get one.

This commentary originally appeared on The Health Care Blog on July 12, 2019. Commentary gives RAND researchers a platform to convey insights based on their professional expertise and often on their peer-reviewed research and analysis.