I'm a Sleep Specialist. Here's How I Prepare My Two Teenagers for the First Day of School 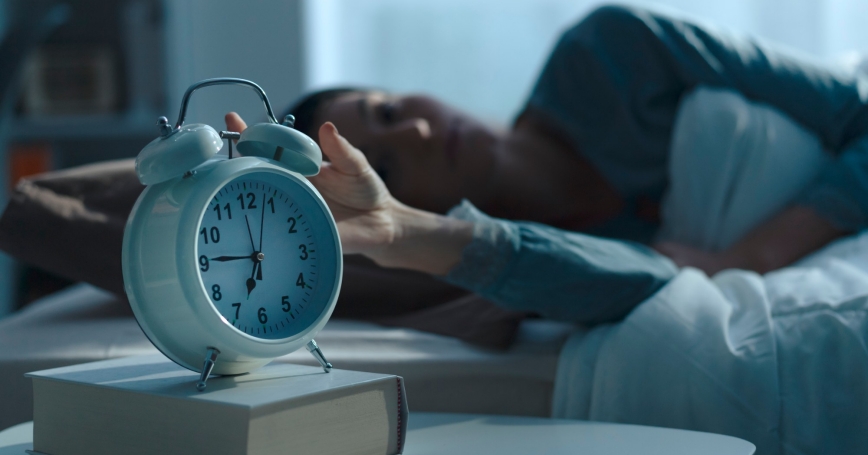 No sooner had I dropped my daughter off at summer camp than I walked into Target to find shelves stocked with back-to-school items. A shiver went down my spine. When you have two teenagers in the house (as I do), the end of summer break means resuming nightly battles over bedtime and dealing with increasingly irritable offspring.

Besides being a parent, I'm also a sleep researcher—so I am especially attuned to how incompatible adolescent biology is with going to school early in the morning. It's led to an epidemic of sleep deprivation among American teens. In one study I worked on, we tracked nearly 2,000 teens from Los Angeles for four years and found that only 26 percent were getting the recommended 8 to 10 hours of sleep per night.

Without sufficient sleep, teens can't function at their best. Research consistently finds inadequate sleep in teens is associated with increased risk of mental and physical health problems, including depression, suicide and obesity. It also creates problems with their concentration, memory, and ability to learn.

When the school year resumes, these issues come to head. There's no avoiding the situation, but I do have some strategies to ease the annual pain.

Inadequate sleep in teens is associated with increased risk of mental and physical health problems, including depression, suicide, and obesity.

At least two weeks before the first day of school, I start adjusting my kids' sleep schedule, shifting them toward waking up when they need to during the school year. Our bodies adjust more easily if we make shifts in smaller increments, so I have my kids start setting their alarms about 15 minutes earlier each day and shift their bedtimes earlier by about the same amount. Depending on when you get started and how much of a shift your child needs to make, you may have to shift by larger increments.

It's not going to be easy. Going to bed at midnight or later and sleeping until noon is actually what teens are biologically predisposed to do, so parents are fighting nature. Still, it's better than expecting your teen to fall asleep by 10 p.m. the night before school starts. That's just too abrupt a transition—akin to flying across two or three time zones. Most of us know what jet lag feels like—the lethargy, irritability, and even physical effects like headaches or stomachaches. That is essentially what we are inflicting on our teens when we suddenly start waking them up early for school.

Even once the school year is in full swing, weekends present a similar sleep quandary. Teenagers will again naturally drift toward staying up late and sleeping in on weekends because of their circadian rhythms and because of social pressures. But as parents, it's important that we set limits on how late teens wake up so that the Monday morning alarm isn't such a shock to the system.

Most teens, however, do need to catch up on sleep during the weekend. Classes at the majority of U.S. middle and high schools start at 8 a.m. or earlier, leaving most teens chronically sleep-deprived during the school week.

In addition to health problems, sleep deprivation also has measurable negative effects on teens' behavior. In a recent RAND study, our team found that teens who did not catch up on sleep on the weekends were twice as likely to engage in risky sexual behavior—such as having sex without a condom or using drugs or alcohol before or during sex—than those who slept in. Our work and other studies have further shown that sleep problems are linked with an increased likelihood of teens using marijuana or alcohol or engaging in other dangerous behaviors, such as reckless driving.

When schools start later, teens get more sleep. They're also more likely to show up for school, be on time, be ready to learn, and are more likely to graduate.

Even knowing all I do about sleep needs and patterns, there's only so much I can do, frankly, when school starts at 7:35 a.m.—as it does in my kids' case. There is a wave of individual school districts across the county that are delaying school start times to address the epidemic of teen sleep loss. The evidence shows when schools start later, teens get more sleep. They're also more likely to show up for school, be on time, be ready to learn, and are more likely to graduate. Based on such evidence, in California, lawmakers are considering making all high schools in the state start at 8:30 or later.

This trend unfortunately hasn't reached my kids' school yet.

So, parents like me do what we can. We ease the transition for our kids. We let them catch up on sleep on the weekends—within reason. And we encourage our school districts to start heeding the science on teen sleep.

This commentary originally appeared on Thrive Global on August 15, 2019. Commentary gives RAND researchers a platform to convey insights based on their professional expertise and often on their peer-reviewed research and analysis.