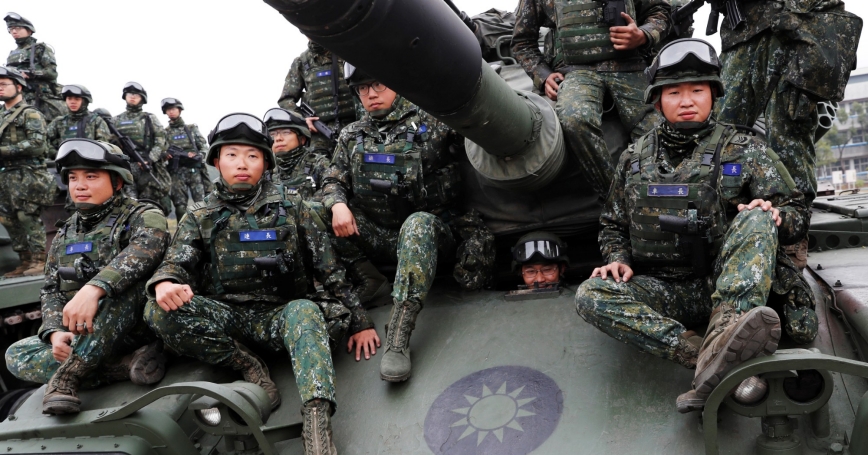 Soldiers sit on an M60A3 tank for a group photograph after an anti-invasion drill in Taichung, Taiwan January 17, 2019

On July 8, the U.S. Defense Security Cooperation Agency announced that the United States was prepared to proceed with a Foreign Military Sale to Taiwan of 108 M1A2T Abrams tanks, 250 Stinger man-portable air defense systems, and related equipment and support. Valued at approximately US$2.2B, these capabilities improve Taiwan's ability to defend itself against an invasion by China, and are consistent with the U.S. history of strong bipartisan support for Taiwan's defense (PDF) through arms sales. Yet heavy legacy systems such as the M1A2T Abrams tank, fixed-wing aircraft, and capital ships are likely to be vulnerable to China's portfolio of precision-guided munitions. Given this, why does Taipei continue to invest in relatively expensive, vulnerable weapons systems? Why does the United States sell what it does to Taiwan? And what is the impact on the cross-Strait military balance?…

This commentary originally appeared on Institut Montaigne on July 23, 2019. Commentary gives RAND researchers a platform to convey insights based on their professional expertise and often on their peer-reviewed research and analysis.