African Dictators Have Been Losing Power—Some to Democratic Governments. Militaries Can Tip the Scales Toward Democracy 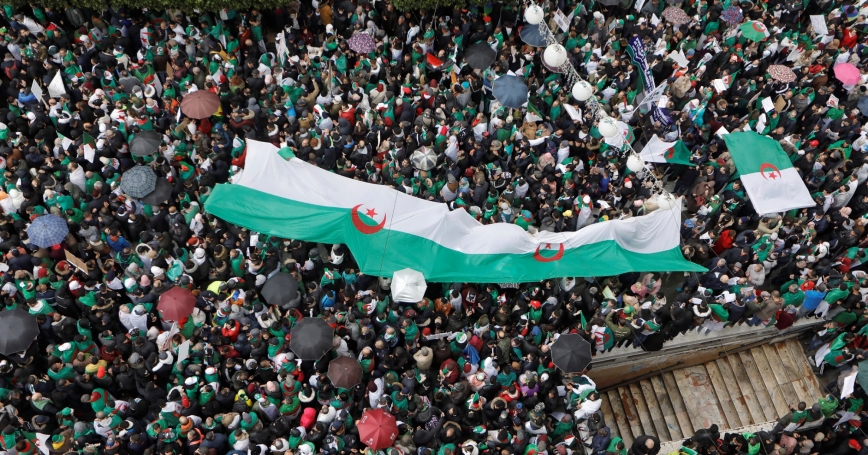 by Nathaniel Allen and Alexander Noyes

Across Africa, long-standing dictators are losing their grip on power. In April alone, Sudan's Omar Hassan al-Bashir and Algeria's Abdelaziz Bouteflika were forced to step down. In the past four years, 26 African countries have had transfers of power — a level of political turnover unseen since the 1990s. More than half the time, an opposition candidate defeated an incumbent in an election and took power.

Yet the end of one dictator does not necessarily prevent the rise of a new one. In many African nations, democracy rests on shaky foundations. Respect for civil and political liberties in Africa has been declining for years, as has the proportion of Africans living in a democracy. Authoritarians continue rigging elections, repressing political opponents and staging coups.

What makes the difference between a democratic handover and a stillborn transition? Where the military's loyalty lies. When security forces backed a dictator's political party over the opposition, as in Togo and Zimbabwe, the old regime has remained in power through a coup or fraudulent election. But when security forces ousted incumbents, as in Sudan and Algeria, or stayed on the sidelines, as in Ethiopia and Angola, there have been opportunities to transform the political system through genuinely free, peaceful and fair elections.

Recent research on military loyalty shows that whether security forces support the opposition or stick with incumbents is not random. Five factors help explain when the military will aid in a democratic transition — and when it will undermine it.

One key reason for the recent turnover in African leadership is the unprecedented number of peaceful mass protests. Militaries usually consider their role to be a country's defense and often hesitate (PDF) to exercise violence against peaceful protesters. So the more united protesters are across religious, ethnic or economic lines, the harder it is for security forces to repress or exploit divisions among them. Armies that recruit their lower ranks from marginalized socioeconomic groups or that are broadly representative of society find it particularly challenging to stop large protests, as in the fall of dictators in Sudan, Ethiopia and Algeria.

2. Military recruitment and promotion are merit-based.

After civil wars, many African nations work to integrate their armies across units that fought on different sides and represent different regions. Research (PDF) shows this significantly improves the chances of lasting peace, as happened in South Africa. More broadly, if civilian and military leaders recruit and promote based on merit rather than ethnic or other loyalties, that military is more likely to support — or at least not oppose — a democratic transition. African dictators who structure their armies along religious, ethnic or tribal lines may give their troops incentives to resist democracy, but they also lose military effectiveness and risk coups or rebellions from excluded groups.

3. The military's institutional needs are met.

Security forces tend to value their own institutional interests — budgets, salaries, training opportunities and equipment — above all else. In some countries, such as Senegal and Tunisia, the military consumes few resources, has little involvement in national politics and competes with powerful parallel security forces such as police or presidential guards. Such militaries are less likely to be used by dictators against their populations and less likely to intervene after a democratic settlement. In Tunisia, soldiers were overseen by a powerful police apparatus, banned from political participation and rarely used to put down popular upheaval. As a result, the military did not support continuing authoritarian rule during the 2011 Arab Spring and has helped build Tunisia's emerging democracy.

When militaries are tightly linked to those in power, democratic change is likely to come more slowly and requires some kind of agreement and concessions to the old regime.

But in other countries, security forces have been dominant political players. In Zimbabwe and Egypt, security forces are tightly networked into the leading political parties, profiting from the regime. In such cases, they can effectively veto any government change. In Zimbabwe, for instance, the ruling party's close alliance with the military has thwarted reformers within and outside the regime who want to reduce the military's corruption, economic control and political influence. In 2017, the military protected its interests by throwing out Robert Mugabe after he'd served 37 years as president.

When militaries are tightly linked to those in power, democratic change is likely to come more slowly and requires some kind of agreement and concessions to the old regime.

Even when security forces resist democracy, political leaders with deep personal relationships with military leaders can use carrots, sticks, guarantees and concessions to persuade the military to respect the will of the people. Consider Ethiopia's reformist prime minister, Abiy Ahmed, a former army colonel and intelligence officer: His experience has enabled his regime to begin to lift martial law, release political prisoners, and start to reduce border and ethnic violence.

What's equally crucial is that civilian opposition groups understand how to communicate with their country's security forces. Opposition groups in Sudan helped end Bashir's rule in part by appealing directly to security forces by avoiding violence, staying united and holding sit-ins in front of military headquarters.

5. Outside assistance is less helpful when building tactical capacity and more helpful when reducing corruption and human rights abuses.

U.S. efforts to support African militaries has primarily meant providing training and equipment. That has not been particularly effective at either reducing terrorism or fostering political stability. Recent research suggests that programs that focus more on building accountable defense institutions, improving financial oversight and instilling human rights norms show more promise. These types of efforts are associated with lower levels of political violence and government repression. They could help ensure militaries are not used to repress dissent and democratic protest — unlike in Rwanda and Zimbabwe, where security forces are routinely used to commit violence against political opponents.

Africa's security forces have long and complex histories. They most often make headlines when they commit atrocities, crack down on protesters or seize power in coups. But Africa's troops can also contribute to democracy and peace when they lay down their arms or refuse orders to turn their guns against the people.

Nathaniel Allen (@NateDFAllen) is assistant professor of security studies with the Africa Center for Strategic Studies at National Defense University.

Alexander Noyes (@alexhnoyes) is a political scientist at the nonprofit, nonpartisan RAND Corporation.

This commentary originally appeared on The Washington Post Monkey Cage Blog on September 16, 2019. Commentary gives RAND researchers a platform to convey insights based on their professional expertise and often on their peer-reviewed research and analysis.