Celebrating Children's Rights Is Important, but More Progress Is Needed 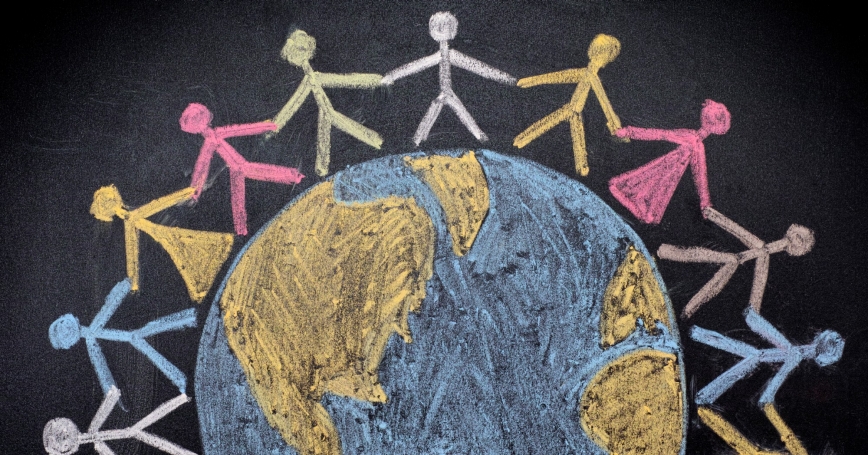 by Eleftheria Iakovidou and Barbara Janta

November 20 marked World Children's Day and the 30th anniversary of the adoption of the United Nations Convention on the Rights of the Child (UNCRC), a historic commitment to the world's children. Being the most widely ratified human rights treaty in history, it set the legal framework and put children's rights firmly on the international policy agenda, transforming children's lives around the world. While important to celebrate, it is also an opportunity to consider Article 12 of the UNCRC—the right of a child to participate in decision-making—and ask if enough progress is being made in this important area.

Child participation is the notion that, on all matters affecting them, children have the right to express their views and have them taken seriously, in accordance with their age and maturity. This could be, for example, active participation in the design or outcome of a decision (in a process initiated by adults), such as youth councils and children's parliaments.

RAND Europe's recent policy memo for the European Platform for Investing in Children summarises EU and national Member State governments' developments in the area of mainstreaming children's rights and monitoring the protection of these rights in the national and local policy frameworks across Europe. The memo shows that while there are a number of initiatives in place, more work could be done to maximise children's involvement in policy and decision-making on issues that affect their lives.

In the policy sphere, children have demonstrated ample competency to influence policy with appropriate support. There is also evidence that child participation can contribute to positive changes in attitudes towards children and tangible improvements to children's circumstances or status. Children also benefit personally and socially from participation—their confidence and self-esteem improves, their civic and social awareness increases, and they have improvements in both practical and problem solving skills.

In the EU context, the Council of Europe's 2012 Recommendation (PDF) to member states on the participation of children and young people, and the third Pillar of the 2013 Recommendation for Investing in Children further outlined a number of key principles of child participation. Examples of good initiatives promoting children's participation in decision-making include the Bucharest Children's Declaration in May 2019. It included the call for training for children and adults about children's rights to participate and the use of child participation procedures at community, national and EU levels to inform and consult children about policies affecting their lives.

The Child Participation Assessment Tool, released in 2016 to accompany the Council of Europe's 2012 Recommendation, sets out ten indicators relating to different aspects of child participation, against which authorities and stakeholders can assess and monitor the extent of existing child participation mechanisms. The Latvian government used the tool in 2017 and noted that steps needed to be taken to raise children's awareness about their right to be heard, as it found there was a shortage of child-friendly information provided to children with regard to public administration material and policy documents.

Other examples of good practices include children's parliaments, children's councils, forums and wider national strategies. Launched in 2018 by UNICEF and Eurochild, the Europe Kids Want (PDF) project was an online survey providing a platform for children to express their views in various topics such as schooling, job security, violence, terrorism and climate change.

Systems for monitoring and evaluating child participation are scarce and not always appropriate, and evidence of impact relates often to participation activities at a local level. As such, evidence of the effectiveness of these initiatives is limited. In addition, many children coming from disadvantaged, marginalised and vulnerable groups still face discrimination and this has a negative impact on their ability to fully participate. Children can also quickly experience disillusionment if their participation does not lead to change.

On World Children's Day we can still celebrate progress but we need to acknowledge that achieving full participation of children is still a pressing policy concern across many countries in the EU.

Eleftheria Iakovidou is a research assistant and Barbara Janta is a senior analyst in the Home Affairs and Social Policies research group at RAND Europe. They are both involved in research for the European Platform for Investing in Children (EPIC).

This commentary originally appeared on Encompass on November 25, 2019. Commentary gives RAND researchers a platform to convey insights based on their professional expertise and often on their peer-reviewed research and analysis.