Is Sleeping in Separate Beds Bad for Your Relationship? A Sleep Scientist Answers 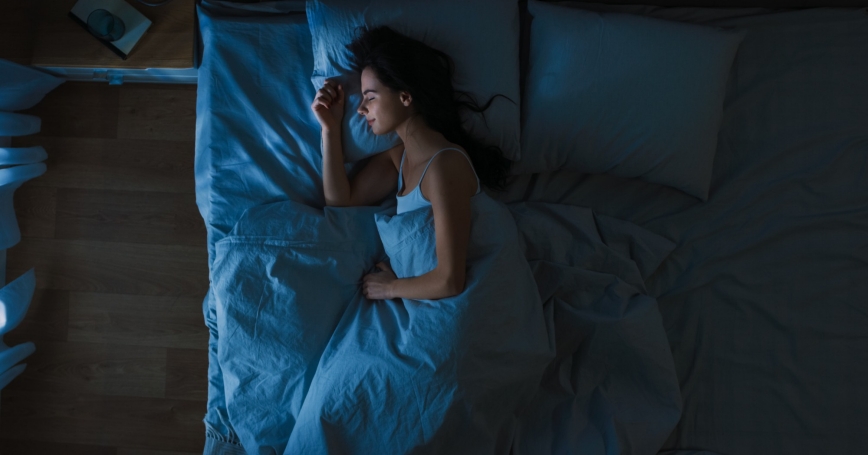 The shared bed is a window into our deepest vulnerabilities and how we look to our relationships to help us feel safe during threatening times. As a sleep scientist who has spent my career studying the coupled nature of sleep, there's probably no question I'm asked more frequently than “Is it bad if my partner and I sleep apart?”

There's a lot of pressure around the meaning of the shared bed, but this is largely a socially constructed belief system, not science based. Most of the groundbreaking work in sleep science over the past 60 years has come from studies of people sleeping alone in a laboratory, under tightly controlled conditions.

But sleep in the real world does not occur in lab environments. Sleep in the real world is often noisy, interrupted and most, importantly, shared. Couples of all types—straight, gay, young, old, healthy couples or those facing illness—experience all sorts of challenges when it comes to the shared sleep experience.

Over 60 percent of us are sleeping together, according to one study done in the United States. Throughout Western history, the pendulum has shifted back and forth from stigma attached to sleeping together versus sleeping apart. The trend of wealthy couples opting for separate bedrooms is nothing new—just think of the sleeping arrangements of Queen Elizabeth and Prince Philip as portrayed in The Crown. Theirs is a seriously enduring relationship, even though they have slept apart for decades (at least according to Netflix).

Fast forward to the sexual revolution. That's when we began to equate the figurative meaning of sleeping together (that is, sex) with the literal meaning, resulting in cultural attitudes that we still hold today—that sleeping apart is necessarily a sign of a loveless or sexless union. There's even a term for it, “sleep divorce” when couples choose to sleep apart.

When sleep is measured objectively, people actually sleep worse with a partner.

Here's what the science actually tells us about the costs and benefits of sleeping together or apart. When sleep is measured objectively, people actually sleep worse with a partner. In fact, if you sleep with someone who snores, you can blame them for up to 50 percent of your sleep disruptions.

That said, all couples need to make sleep a priority in their relationship.Why? Because healthy sleep has the power to strengthen our relationships, while sleepless nights can lead to relationship harm. Take for example, this all too common scenario. One partner falls asleep, and the snoring begins. The other partner lies awake and in agony, until they give the snorer a fierce jab to the ribs. Neither partner sleeps well, and at least one partner is increasingly resentful. This can set a vicious cycle in motion of sleep problems leading to relationship problems, wreaking havoc on your relationship, your health and your well-being.

Problems can also emerge due to differences in sleep-wake patterns. Take my friend, Lisa, a lifelong insomniac and her husband Mark. While Mark had the best intentions, he ended up inadvertently perpetuating Lisa's sleep problems. He would often tell Lisa to sleep in or go to bed early so she could “catch up” on her sleep. That may sound super-thoughtful but unfortunately, that's precisely what not to do when it comes to insomnia. A key step of the most powerful treatment is to reduce your time in bed, not extend it.

Other couples face challenges because their sleep-wake schedules are out of sync. Some of us are night owls who like to burn the midnight oil, while the larks wake up cheerfully at the crack of dawn much to the chagrin of the owls. Should these birds of a different feather sleep together?

Couples with good problem-solving skills are able to overcome the challenges otherwise associated with being out of sync in their sleeping.

But before you mismatched pairs despair, there is hope. Research also shows that couples with good problem-solving skills are able to overcome the challenges otherwise associated with being out of sync in their sleeping. For many couples, the times before falling asleep and after waking up can be important to a strong relationship. For example, if you're an owl and your partner's a lark, you could share some time together in bed before he falls asleep; when he does, you can quietly leave the room and then return at your natural bedtime. Or, when your partner wakes up before you, he could start his early-bird day and return to you later to wish you good morning—ideally, with coffee in hand. After all, a key to healthy relationships is knowing how to negotiate differences and find compromises, day and night.

There's actually very little systematic research on how sleeping apart affects couples' relationship quality or intimacy. Anecdotally, however, I have talked to many couples who say that sleeping apart has “saved their relationship.” Consider Jennifer, a 28-year-old writer for an online media outlet, and her partner, Steve. I met Jennifer, because she was writing an article on why it might not be such a bad thing for some couples to sleep in separate beds.

Before long, Jennifer revealed to me that this interview wasn't just research for her article—it was personal. She and Steve had made the decision to sleep apart, and while they made the decision jointly (while in bed no less!), Jennifer couldn't help wondering if their choice suggested their relationship was in trouble. For them, it was an issue of timing. She, as a writer and as a natural night-owl, often got her biggest burst of creativity and productivity after 10PM. Steve, on the other hand, who worked a more traditional “day” job as an engineer, was ready to conk out around 10PM, and would get increasingly frustrated with Jennifer's late-night pitter-patter on her keyboard as they lay together in bed. She, in turn, felt resentful because she felt like he was stymieing her most creative time of the day.

Both were resistant to even have the conversation about sleeping apart. It felt so “old school,” like a scene from I Love Lucy—hardly the image they had of themselves as passionate and in-love twentysomethings. At first, Jennifer explained to me, they “dabbled” in sleeping apart. On occasion, particularly when Jennifer had a major deadline and felt that she needed to stay up late to write, she'd preemptively decide to sleep in the guest bedroom. At first, neither Jennifer nor Steve was willing to admit that this sleeping strategy actually worked better for both of them.

But after dabbling as solo sleepers, they started to realize that when Jennifer slept in the other bedroom, they were both happier, less resentful, and could enjoy their time together in bed, particularly on the weekends, when there wasn't the pressure of their incompatible sleep schedules. So sleeping in separate beds has become their norm, and it works for them. Jennifer and Steve made the right decision for themselves and for their relationship, and I said this to her. And I could feel Jennifer's relief through the phone when “the sleep expert” told her so.

To answer the question “Is it bad if my partner and I sleep in separate beds?” my answer is “No, not necessarily.”

So, to answer the question “Is it bad if my partner and I sleep in separate beds?” my answer is “No, not necessarily.” Just as sleeping together doesn't guarantee a successful relationship—if only it were that easy!—sleeping apart doesn't doom you to an unsuccessful one. Use honest communication to find solutions that will maximize sleep quality for both of you. If sleeping apart seems like the right choice for you as a couple, try to think of it not as filing for sleep divorce but as forging a sleep alliance.

Here's my bottom line: There isn't a one-size-fits all sleeping strategy for all couples.

That said, all couples should make sleep a priority—for both of them. After all, sleep occupies about one-third of our lives. Proportionally, that takes up a major part of our lives as a couple, much more so than sex, and yet our sleep lives receive so much less attention than our sex lives. Research shows that when you are well-rested, you're a better communicator, happier, more empathic, more attractive, and funnier—all important attributes in developing and sustaining strong relationships.

Unfortunately, we live in a culture where many people still view sleep deprivation as a badge of honor. Perhaps by focusing on how our sleep problems affect not just ourselves but also our relationships, we could finally see sleep as the pillar of health it is. If you're not going to sleep for yourself, do it for your partner, as well as everyone else around you. Consider it an investment in your closest relationships. At the end of the day, there is nothing healthier, happier and even sexier than a good night of sleep.

Wendy Troxel is a senior behavioral and social scientist at the RAND Corporation and adjunct faculty in Psychiatry and Psychology at the University of Pittsburgh. She is a licensed clinical psychologist specializing in behavioral treatments for insomnia and other sleep disorders across the lifespan, and she is considered the leading scientific authority on couples and sleep.

This commentary originally appeared on TED.com on March 23, 2020. Commentary gives RAND researchers a platform to convey insights based on their professional expertise and often on their peer-reviewed research and analysis.