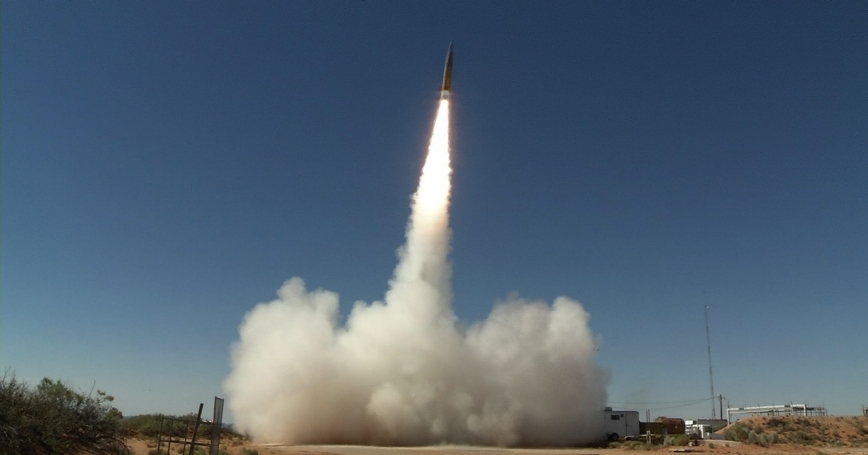 If President Donald Trump is serious about arms control talks with the People's Republic of China, U.S. officials could consider building a new generation of ground-launched, intermediate-range missiles to trade for reductions in the thousands of Chinese dual-capable, intermediate-range missiles. Analysts (PDF) have urged Trump to deploy U.S. missiles in Asia, suggesting it would offset Chinese systems on the battlefield. Others advise American policymakers to co-develop missiles with Asian allies. However, arms negotiations may offer the only way to reduce the grave threat posed to the United States and allied security by China's missiles, and U.S. owned and operated missiles could provide the best bargaining chips.

After withdrawing from the U.S.-Russian Intermediate-Range Nuclear Forces (INF) Treaty in August 2019, Trump expressed interest in negotiations about intermediate-range missiles with China, but President Xi Jinping remains cold to arms control. Xi presides over a massive stockpile of nuclear and conventional intermediate-range missiles, which can destroy targets throughout the first and second island chains in the Pacific Ocean. China's missiles present a serious threat to American bases and ships, undermining the U.S. ability to project power throughout the region. There is no historical precedent for productive Sino-U.S. arms talks, and the Trump administration currently has little to trade for Chinese missiles. It has yet to develop intermediate-range missiles and lacks concrete plans to base such weapons in the Pacific region.

Arms talks are more manageable when negotiators can trade weapons of the same class, rather than devising arcane formulas to ensure an equitable exchange.

If the Trump administration aims to reduce the Chinese missile threat, it will likely need bargaining chips. Arms talks are more manageable when negotiators can trade weapons of the same class, rather than devising arcane formulas to ensure an equitable exchange of American aircraft, for instance, for Chinese missiles. Sino-American arms talks could take years to produce an agreement. In the interim, U.S. officials could persuade allies, such as Japan, South Korea, or the Philippines, to promise to host American missiles, which could enhance bargaining leverage and strengthen deterrence in Asia. If allies are cold to the idea, the United States could also station missiles on Guam.

Analysts, who aim to skirt a potential basing controversy, have urged the Trump administration to co-develop intermediate-range missiles with Asian allies, such as Japan. They suggest that missiles owned and operated by U.S. allies would improve both deterrence and burden sharing in Asia, generating new options to deter and counter Chinese aggression. The Trump administration might also obviate the need for consultations with allies about hosting American systems, which could take years to yield consensus. Furthermore, U.S. policymakers might avoid political obstacles at home, where the House of Representatives is reluctant to invest in new missiles until plans to base those weapons abroad are finalized.

However, Asian allies might hesitate to co-develop intermediate-range missiles with the United States. Allies, who are wary of Chinese economic sanctions and military power, might fear that developing an independent missile force would inspire Chinese backlash. Allied politicians may also prove reticent to expend political capital advocating for a controversial issue, which could inspire grassroots and parliamentary anti-nuclear opposition.

Equally significant, the presence of allied intermediate-range missiles would complicate arms control negotiations with the Xi government, limiting American leverage and flexibility. After expending billions of dollars to develop missiles, allies may be unwilling to trade those weapons away or hesitate to authorize U.S. officials to negotiate on their behalf. If allies are amenable to exchanging missiles with China, the Trump administration might still confront problems. Allies could demand a seat at the negotiating table, overburdening arms talks to a degree that could prove unmanageable. U.S. officials could also need to secure allied authorization before floating proposals about their stockpiles, constraining American bargaining options and slowing progress. Furthermore, the Xi government could emulate a Soviet tactic from the INF negotiations in the 1980s, citing British and French nuclear forces to justify a rapid missile buildup.

Co-developing intermediate-range missiles with allies may strengthen deterrence and burden sharing in Asia, but it does not offer a promising way to reduce the danger posed by Chinese missiles. Deploying American missiles will not diminish the Chinese missile threat to the United States and allied forces in the Pacific. That can only be achieved by persuading the Xi government to reduce its arsenal during arms talks. Developing intermediate-range ballistic and cruise missiles could create valuable U.S. owned and operated bargaining chips to exchange for Chinese weapons. As former President Richard Nixon often reminded President Ronald Reagan, U.S. officials “are not dealing with philanthropists (PDF).”

This commentary originally appeared on RealClearDefense on April 2, 2020. Commentary gives RAND researchers a platform to convey insights based on their professional expertise and often on their peer-reviewed research and analysis.