The Coronavirus and North Korea: Is There a Cure for Kim's Nuclear Blackmail? 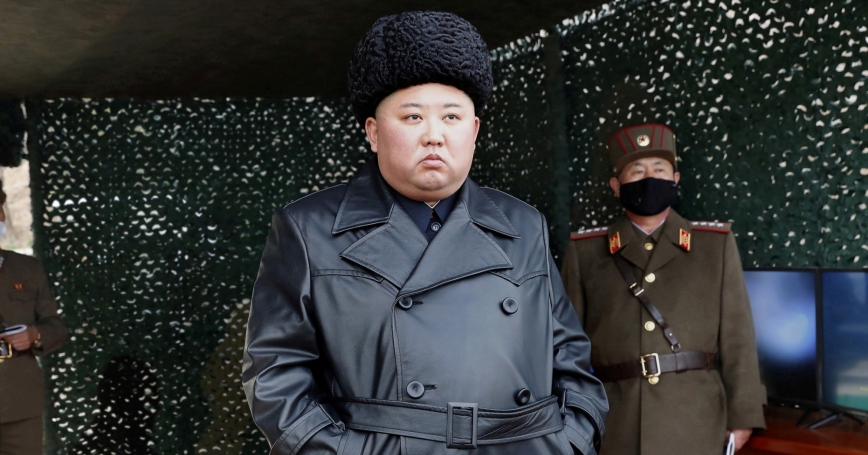 In March, while the rest of the world was neck-deep waging an all-out war against the coronavirus, North Korea conducted four missile tests. Granted, these were all short-range missiles and, arguably, rather shallow reminders to the world of North Korea's military capabilities. But the timing of the tests did strike some as odd. Wasn't North Korea also dealing with the pandemic? After all, it shares a border with both China and South Korea—two of the first countries to be hit by COVID-19. Such proximity makes it highly plausible that a carrier from Beijing or Seoul could easily have spread the disease to a North Korean contact. And COVID-19 has proven to be an equal-opportunity virus—nearly every country in the world has at least one reported case.

Yet, North Korea insists it has maintained an impeccable health record on COVID-19. The Kim Jong Un regime claims that it has zero coronavirus cases—yes, zero. But its recent actions indicate otherwise. And, reports say that North Korean officials have secretly sought coronavirus test kits from the World Health Organization, Médecins Sans Frontières, and other international organizations.

Moreover, there is further proof that North Korea is dealing with the virus. Since the coronavirus broke out in Wuhan, China last December, Pyongyang has tightened control of media reports. It has also restricted movement of its citizens and sealed most of its border with China. In addition, North Korea significantly reduced trade with Beijing and announced in January a suspension of foreign tourism. In February, the regime implemented strict measures to inspect and quarantine goods arriving at all of its ports and borders. In some parts of the country, North Koreans suspected of having contracted COVID-19 are placed under quarantine. Patients, it should be noted, have to stay in overpriced accommodations and are required to pay in full their hospital bills—which, in many cases, could be equivalent to several months' earnings—before they are allowed to return to their homes.

North Korea insists it has an impeccable health record on COVID-19. But its recent actions indicate otherwise.

Some twenty defectors who had been imprisoned in Dandong, China have reportedly been refused repatriation. This out-of-character response from North Korea might be explained by the regime's fears of letting potential COVID-19 carriers infect North Korean citizens. The regime even executed an official suspected of having contracted the virus during a visit to China. Further restrictions within its borders include the closure of middle and high schools until April 20—from the initial five-week extension of schools reopening on March 23.

In mid-March, the party committee of several North Korean provinces ordered factories and neighborhoods to provide instructions to wear masks in daily life. And with the state unable to provide the masks directly to citizens, people were forced to make their own, often using fabric that had not been sterilized. Leader Kim also ordered the construction of a new hospital to “better protect the precious health and safety” of his people. Plans for the hospital had been approved by the party's central committee in December 2019, but construction appears to have suddenly begun on March 17 in a likely attempt to dispel any doubts about the Kim regime's competence in handling the virus outbreak. For example, Kim himself appeared at the groundbreaking and North Korea has placed a rush order for medical supplies from China, potentially for COVID-19 test kits…

This commentary originally appeared on The National Interest on April 10, 2020. Commentary gives RAND researchers a platform to convey insights based on their professional expertise and often on their peer-reviewed research and analysis.