The Second Wave of COVID Consequences 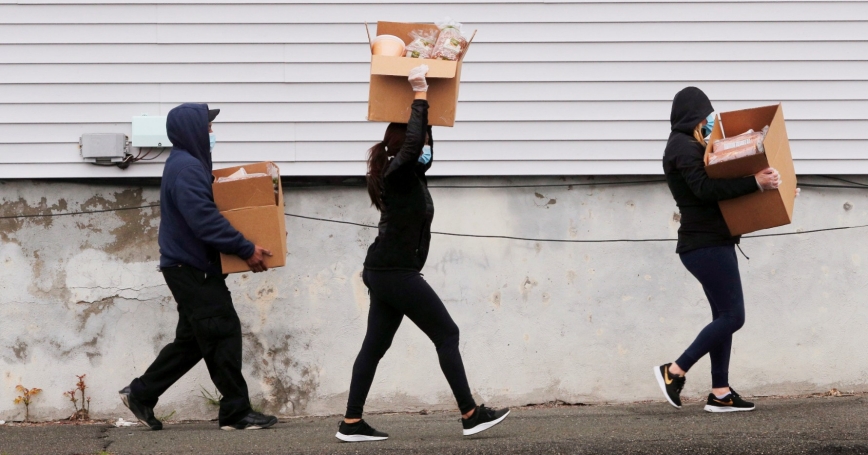 by Kathryn A. Edwards and Jeffrey B. Wenger

The chaos in the U.S. labor markets is obvious: mass business closures followed by 27 million (PDF) workers filing for unemployment insurance in just five weeks. Meanwhile, many Americans are holding their breath waiting for the full economic effects of the pandemic to become clear.

A first glimpse into the post-COVID-19 economic future was unveiled by the University of Michigan's Consumer Sentiment Index—and the results are withering. The index posted the largest one-month decline in consumer sentiment in its history—a history that includes both the Korean and Vietnam Wars and eight recessions. American consumer confidence fell from 89.1 in March to 71.8 in April.

Economists closely watch measures of consumer confidence because they are highly predictive economic indicators. Historically, consumer sentiment in one month can be used to forecast everything from job market conditions to auto purchases 12 months into the future.

The reason why consumer sentiment is so important is because household consumption—how much Americans spend on good and services, from food and cars to haircuts and tax preparation—is 70 percent of the U.S. economy.

The COVID-19 pandemic and resulting quarantine has shuttered businesses across the United States as nearly every state is ordering its citizens to shelter in place. Many are hoping that the economy will bounce back quickly from the shutdown: Businesses will reopen, workers will be rehired, and life will return to what it was in January. What was learned this morning is that Americans are probably only seeing the start of the decline.

To understand why, think of the block where you live and say it has 100 houses. What we know from the shutdown so far is that in 15 of those houses, someone lost a job. Those families are applying for unemployment benefits (in record numbers) to stay afloat, but have greatly reduced their usual spending. That reduction in consumption is shrinking the economy. Yet, restoring the economy is not simply a matter of getting those 15 houses back to work; it's getting the other 85 houses to spend as they usually do, and indeed, the behavior of the 85 houses are an even more important factor in economic recovery since they are a much larger share. We acknowledge that the unemployed households are in critical need of help. However, what consumer sentiment tells us is how those 85 houses feel. And it's not positive.

Although it may seem that sentiment is fleeting—someone who feels negative one month can feel positive in others—it is still economically predictive of consumption in the future. A recovered, positive sentiment doesn't erase the effect of a negative one, especially in the case of major purchases. For example, someone who wants to buy a car often doesn't purchase one until months after the decision to do so. The day you decide to buy a car, you still have to secure financing, research the market to some degree, and pick out the make and model. Test driving and negotiating can take weeks. The same is true for a lot of large-ticket items, like houses, renovations, appliances, and furniture. Indeed, what is true for households is also true for business investments—few companies are planning to expand their workforces and productive capacity in the face of a disaster.

That's why weak consumer sentiment today has long-lasting economic effects and can't be erased by a quick turn to positive sentiment in the future. And it's why today's news is especially troubling. The one-month decline in sentiment between March and April was the largest on record at 17.1 points, passing the previous decline of 14.1 points in February 1974. Indeed, the historical months in which the economy experienced more than a 10-point decline were harbingers of deep recessions: February 1974, March and December of 1980, August 1990, September 2005, and October 2008.

The past eight weeks have passed a truly unprecedented period in the American economy and society. COVID-19 has killed 50,000 Americans. A staggering 27 million workers have applied for unemployment benefits. It's possible that the historic relationship between consumer sentiment and future consumption will not apply here, and that today's negative sentiment will not translate into tomorrow's reduction in homebuying or auto purchases. Consumers could experience a profound return to normalcy and snap right back into their former habits; after all, that was only two months ago.

But of course, it's also possible that consumers will take even longer to return to their former habits, and the result of the pandemic is a problematic conservatism in consumption that will take years to shake.

Kathryn Anne Edwards is an associate economist and Jeffrey Wenger is a senior policy researcher at the nonprofit, nonpartisan RAND Corporation.