Needed: A Blueprint for a Post-Vaccine World 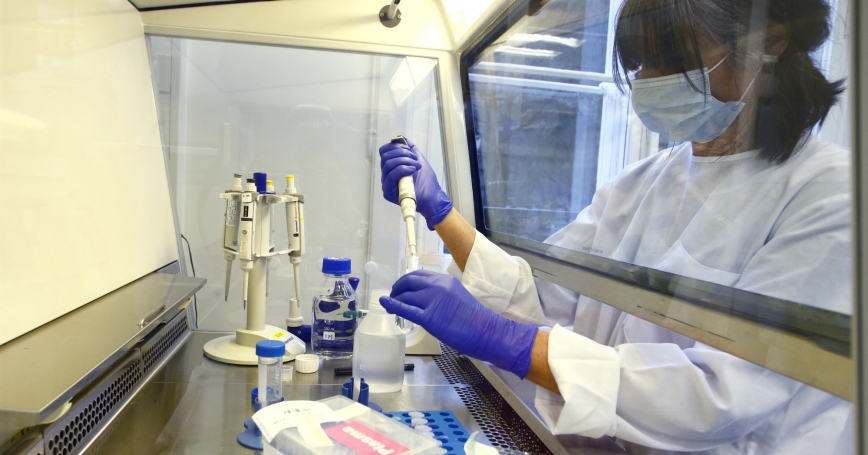 A laboratory technician working on research for a vaccine against COVID-19 in Bern, Switzerland, April 22, 2020

The race to develop a vaccine to combat COVID-19 is on. Multiple teams around the world, representing universities, government agencies, the private sector, and their various combinations are on the hunt for an effective and safe vaccine. Optimistic projections peg a vaccine approval in a matter of months, but most experts don't expect availability until mid-2021. Irrespective of the time horizon for discovery, the time to plan for a post-vaccine world is now.

The vaccine discovery process might itself influence what happens later. When the World Health Organization (WHO), France, and Germany recently launched an $8 billion drive to hasten the process of vaccine development, the French President Emmanuel Macron said even if researchers in a single country might develop a vaccine it needs to be “accessible to all of those around the world.” A senior adviser to the NGO Doctors Without Borders added, “There shouldn't be any patent monopoly and profiteering out of this pandemic.”

These sentiments could run into rude economic and geopolitical realities. The cost of developing a vaccine to fight epidemic infectious diseases can run into hundreds of millions of dollars. The private sector will not have the incentive to invest such large sums without a patent monopoly to recoup their fixed R&D costs.

Proposed solutions (PDF) include either R&D subsidies or the outright purchase of vaccine rights by governments, philanthropists, or multilateral organizations. This preserves the incentives for innovation, while giving the purchasers the freedom to set the price of the vaccine (including free dispensation) to further public health goals. Prizes for innovation of new medicines and vaccines have also been proposed to break the link between R&D incentives and prices.

The private sector will not have the incentive to invest large sums in a COVID-19 vaccine without a patent monopoly to recoup fixed R&D costs.

Such innovative mechanisms for vaccines have been discussed in the past for diseases such as malaria, which mainly afflict poor countries whose inability to pay has given the private sector little incentive to incur large up-front costs. All countries, rich and poor, are now battling the COVID-19 pandemic. While many in rich countries might be able to afford the vaccine, the poor and the uninsured may not. In poor countries, a majority of the people might not be able to pay. Given the high transmissibility of COVID-19 within and across countries, there is a “public good” argument to be made for vaccinating almost everyone to achieve herd immunity. This rationale for widespread access to vaccines makes the above novel mechanisms for assigning intellectual property rights and financing the discovery and dispensation of vaccines all the more relevant now.

It would be a shame if production and supply chain bottlenecks, such as the ones faced for medical supplies, slow down vaccine availability after discovery. Production must be done globally to prevent bottlenecks, hoarding, and to facilitate efficient distribution of vaccines to local clinics. Developing countries could play a big role in the production of vaccines—for example, India is one of the largest vaccine manufacturers in the world. It is important that bulk chemicals and other raw materials not be protected by tariffs, despite the global trade tensions prevalent at the onset of the crisis. At the present moment, when there are no clear winners, the “veil of ignorance” might incentivize cooperation among vaccine developers and manufacturers, despite nascent nationalistic rumblings.

Equity considerations also matter within each country. If there are multiple vaccines, each suitable for different subpopulations, it might be important for herd immunity that the most effective vaccine be dispensed irrespective of cost differences. Vulnerable populations, such as the homeless, would have to be vaccinated. Societies might also face the difficult prospect of enforcing vaccination, given popular resistance from anti-vaxxers. Opposition could be particularly intense for COVID-19 vaccines developed using innovative techniques such as engineering synthetic genes.

The WHO recently poured cold water on the idea of “immunity passports” that would let those with antibodies to COVID-19 return to work, noting insufficient evidence that reinfection cannot occur. When there is a vaccine, calls for “vaccine passports” to facilitate work and travel are likely to be renewed. The ease of passage that passports bring could be evaluated against the likely temporary nature of the immunity, the possibility of abuse in certain countries, and the likelihood that poor people might see threats of risky behavior such as willful exposure to the virus as a way to gain access to vaccines and passports.

The arrival of vaccines to inoculate the world against COVID-19 is at least several months away. There is little time to lose in developing a global blueprint for addressing issues of financing, intellectual property rights, global production, unimpeded movement of intermediate inputs and vaccines across national borders, and national strategies for production, dispensation, adherence, and equitable access.

Krishna B. Kumar is the director of international research at the nonprofit, nonpartisan RAND Corporation and director of the Pardee Initiative for Global Human Progress at the Pardee RAND Graduate School. Mahshid Abir is a senior physician policy researcher at RAND and an emergency physician and director of the Acute Care Research Unit at the University of Michigan. Christopher Nelson is a senior political scientist at RAND.

This commentary originally appeared on The Hill on May 9, 2020. Commentary gives RAND researchers a platform to convey insights based on their professional expertise and often on their peer-reviewed research and analysis.