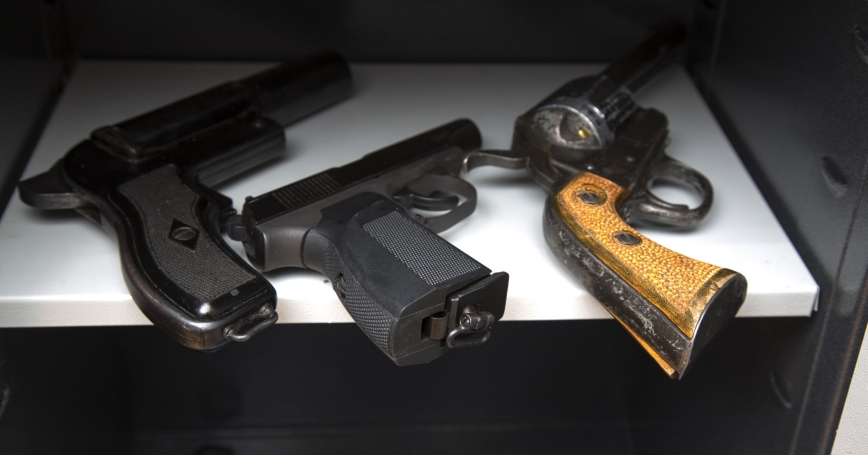 Shortages of toilet paper at neighborhood grocery stores have become a symbol of the nation's response to the COVID-19 virus, but recent reports suggest that people also reacted to the pandemic by purchasing firearms and ammunition in massive numbers. Year over year, estimates of gun sales increased 85 percent in March (PDF), the highest level ever recorded in the United States, followed in April by a 71 percent increase (PDF).

Eventually, the pandemic will recede, scientific rigor will lead to treatments or a vaccine, and life will start to return to a new normal—but those new firearms aren't going anywhere.

What does this mean for public safety? And what can policymakers do to ensure that a spike in sales doesn't result in more injuries or deaths?

That's a tough question to answer. The topic is divisive. The stakes are high. The constitutional right to bear arms must be respected. And, unfortunately, the body of evidence is thin, which leaves lawmakers with limited objective policy guidance.

But things are starting to change.

Last year, Congress passed and President Donald Trump signed into law the first major federal funding for gun policy research in more than 20 years. We hope that this one-time $25 million is just the beginning and that additional funding will become a routine, bipartisan part of federal budgets.

As the nation enters this new generation of research, there's reason to hope we can finally build an evidence base that helps policymakers identify the policies and practices that effectively support public safety.

For example, RAND's Gun Policy in America initiative has determined that child access prevention laws are likely to reduce both accidental injuries and suicides among young people. These laws impose civil or criminal liability on adults who leave loaded firearms unsecured where children may access them. Today, 19 states and Washington, D.C. have enacted child access prevention (CAP) laws designed to prevent the negligent storage of firearms.

In 2015, an estimated 4.6 million U.S. children lived in homes with a firearm stored loaded and unlocked.

While homicides usually make the headlines, the sad fact is that 45 percent of all firearm deaths for children under 18 were suicides or accidental, according to data from 2017. There is some evidence that as many as 75 percent of youth firearm suicides involved a gun that had been stored loaded and unlocked. In 2015, an estimated 7 percent of U.S. children (4.6 million) lived in homes with a firearm stored loaded and unlocked.

The debate over gun safety and gun rights often feels intractable, but this is one of the few common areas of agreement. Groups ranging from the National Rifle Association to Moms Demand Action all advocate for safe storage.

Despite this apparent consensus, more than half of U.S. states have no CAP laws. Efforts to pass these laws are often undercut by concerns that secured weapons cannot be accessed rapidly in an emergency.

While there is growing evidence that CAP laws save young people's lives, there is no strong research on how they affect the ability of homeowners to defend themselves. Nor do we have research on the most effective legislative language, implementation, and enforcement.

But just because the science isn't complete does not mean lawmakers must await further study. It may be enough to know that CAP laws successfully reduce childhood deaths to decide that the odds favor these laws as ones that will yield benefits to general public safety. With so little study of these topics, existing scientific evidence often provides only weak guidance that must be supplemented with legislators' judgments about how best to balance risks and stakeholder interests.

That's why we need to keep funding objective, scientific research into what sorts of gun regulations can prevent violence and which don't. New support from the public and philanthropic sector is finally building the evidence base necessary to help cut through the partisan talking points and provide a careful and comprehensive assessment of what is and is not yet known about the effects of gun laws.

If lawmakers follow that research, then the nation may finally begin responding to the gun violence epidemic with the scientific rigor necessary to save lives.

Andrew R. Morral is a senior behavioral scientist at the RAND Corporation, research leader of Gun Policy in America and director of the National Collaborative on Gun Violence Research. Jeremy Travis is vice president of Arnold Ventures and a former president of John Jay College of Criminal Justice at the City University of New York.

This commentary originally appeared on USA Today on June 17, 2020. Commentary gives RAND researchers a platform to convey insights based on their professional expertise and often on their peer-reviewed research and analysis.