Is the Conflict in Libya a Preview of the Future of Warfare? 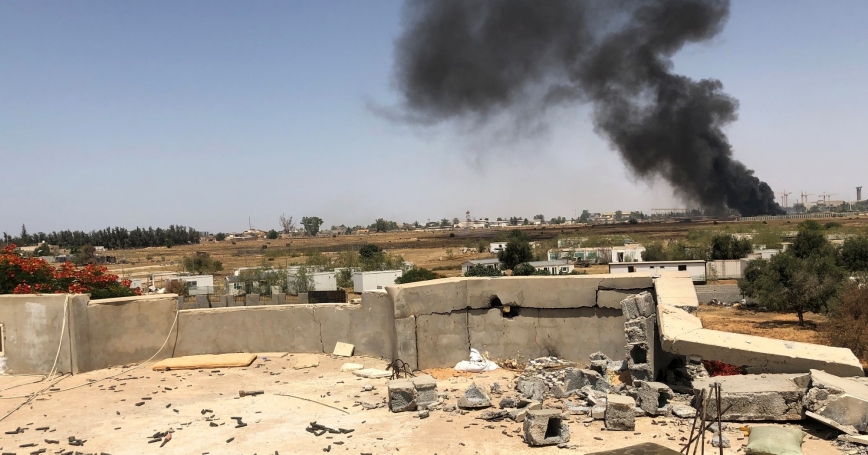 Smoke rises during a fight between members of the Libyan internationally recognized government forces and Eastern forces, in southern Tripoli, Libya June 22, 2019

The Libyan conflict, now entering its ninth year, could well be a testing ground for how wars will be fought in the future. The conflict itself looks much different today than it did in 2011, when a coalition of NATO countries deposed longtime Libyan dictator Muammar Qaddafi and the country quickly descended into civil war and internecine fighting between tribal militias, Salafi jihadists, and other non-state actors.

On one side of the conflict is the internationally recognized Government of National Accord, or GNA, backed by Turkey and, to a lesser extent, Italy and Qatar. On the other side is the Libyan National Army, or LNA, led by the notorious warlord Khalifa Haftar and backed by a diverse coalition that includes Russia, the United Arab Emirates, and Egypt, with varying degrees of support from Saudi Arabia, France, and Greece. The stakes are high; the prizes include access to Libya's vast energy reserves and contracts to extract, refine, and deliver them.

But external nation-states have long interfered in other countries' civil wars, so what is new, exactly, about what is happening in Libya?…

Nathan Vest is a research assistant and Middle East specialist at the nonprofit, nonpartisan RAND Corporation. Colin P. Clarke is a senior research fellow at The Soufan Center.

This commentary originally appeared on Defense One on June 2, 2020. Commentary gives RAND researchers a platform to convey insights based on their professional expertise and often on their peer-reviewed research and analysis.