Once a COVID-19 Vaccine Is Ready, Getting People to Take It May Be a Bigger Challenge 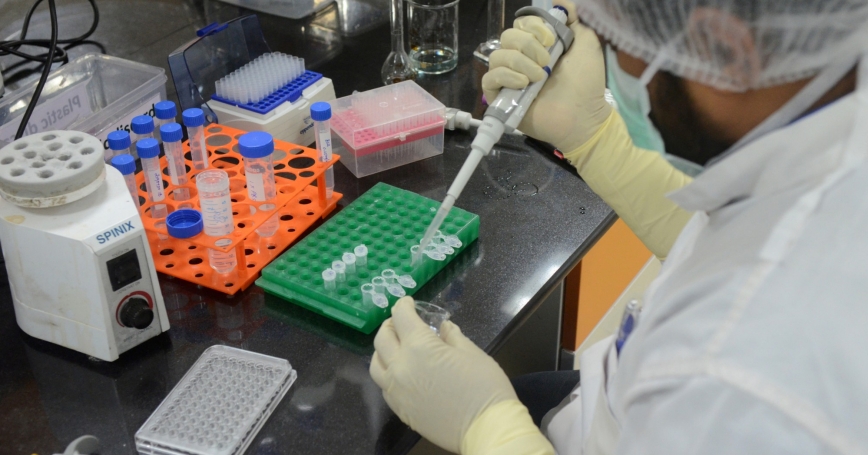 A researcher works in a lab of India's Serum Institute, the world's largest maker of vaccines, which is working on vaccines against COVID-19 in Pune, India, May 18, 2020

Flattening the curve to contain the coronavirus is the current mantra, but after that, what?

With international vaccine development well underway, implementation of a possible nationwide vaccination program warrants attention. While a vaccine would be a cause for celebration, some are concerned about the feasibility of an effective rollout. The behavioral and political challenges ahead may mean that the process of getting sufficient doses ready for delivery to Americans may prove to be the easy bit.

Vaccine effectiveness demands a certain percentage uptake. For COVID-19, this may range between 55 and 82 percent, depending on bio-socio-environmental factors. So the ultimate goal of an immunization campaign is to achieve the efficacious threshold. However, health care delivery in the United States is fragmented, with no national regulatory provision for adult vaccination, so a coherent federal intervention may be necessary.

Beyond the Beltway, vaccination resistance may be a significant challenge. Overcoming this resistance may require addressing vaccine safety concerns, hostility to big pharma, religious beliefs, fear, unsubstantiated anecdotes, or political dogma. Thus, any vaccination campaign could find itself fighting on multiple fronts simultaneously. This may be undesirable in military campaigns, but in this case it may be unavoidable.

A two-pronged strategy could effectively surround the problem. The first prong could be a top-down nationwide program delivering a clear and compelling message, underpinned by communication science. Focusing on defeating the disease and its risks to citizens, rather than on the vaccine itself may be optimal.

However the campaign is packaged, a simple “take this and don't die” message may convince even hardened skeptics.

Visualizing a world without vaccines might remind those with short memories how immunization has saved us from living life paralyzed in an iron lung, staggering around in calipers or gasping for breath with whooping cough, notwithstanding preventing vast numbers of entirely avoidable deaths. However the campaign is packaged, a simple “take this and don't die” message may convince even hardened skeptics.

The campaign's second prong could be from the bottom up (hopefully less painful than it sounds). This could involve identifying all points of resistance and addressing each specifically to tackle entrenched behavioral barriers. Targeted educational programs may be necessary to correct vaccine misinformation, neutralize disinformation, answer theological concerns, and ameliorate other hesitancy factors.

When providing input for a measles vaccination campaign, marketing experts suggested that preaching is best avoided, but religious and community leaders and social media influencers could usefully be consulted and recruited. Celebrity endorsements might also be persuasive; personalities from sports and entertainment might participate, along with local sports teams that could provide regional influence.

An added incentive, such as a certificate of vaccination, may help leverage behavioral change. A vaccination passport could open access to activities that the pandemic has restricted, such as sporting events, concerts, face-to-face businesses activities, exhibitions, flights, and public transportation. Immunization could liberate people at work and leisure, restoring the freedoms they crave. But this passport would only be feasible if identifying vaccinated individuals is fast and easy. This implies establishing a secure, machine-readable, and auditable document as proof of vaccination.

To facilitate travel globally, a certificate should be standardized and accepted internationally, as passports are (PDF). Public health authorities and international organizations may need to organize to verify vaccinations. Of course, any reward for immunization should not disadvantage those who cannot be vaccinated on medical grounds.

A vaccination passport could open access to activities that the pandemic has restricted, such as sporting events, conventions, flights, and public transportation.

Every level of society could play its part. Experts need to deploy convincing and consistent messages that counter unrestrained and inaccurate anti-vax narratives. Health providers have an important role in educating patients about historical facts and scientific evidence of immunization safety and other benefits. They would be adequately informed and trained to do this.

Employers large and small would likely advocate a protected workforce, and ordinary people could be influential, too, through their personal testimonies. Political consensus may be needed, particularly when it comes to funding this infrastructure and free vaccinations. During a national crisis, elected officials, who may otherwise be steeped in partisan politics, could be required to accept their social responsibility and adopt a unified leadership role.

Whatever shape the campaign strategy may take, and however compelling the pro-immunization argument, the safety of any new vaccine is paramount. Any concerns that the Food and Drug Administration in the United States had rushed certain medicines through its internal approval benchmarks to benefit big pharma could fuel a more considered level of resistance. In all this, the negative themes seem to include fear, mistrust, disunity, haste, misinformation, confusion, and conspiracy theories, while positive themes include self-preservation, national unity, fighting a common enemy, defeating the virus, patriotism, regaining freedom, and not dying.

Recent collective success in flattening the curve indicates that coordinated action with voluntary public compliance can really work, and that persuasion is important because mandating vaccination is fraught with problems.

The American traditions of self-preservation and patriotism may light the way—save yourself, your family, and your community, and through all this, you may also save your country.

Alina Palimaru is an associate policy researcher at the nonprofit, nonpartisan RAND Corporation. Marcus Dillistone is member of the Royal Society of Medicine. Ambassador Charles Ries is a vice president at RAND.