Is al Qaida Still a Threat? 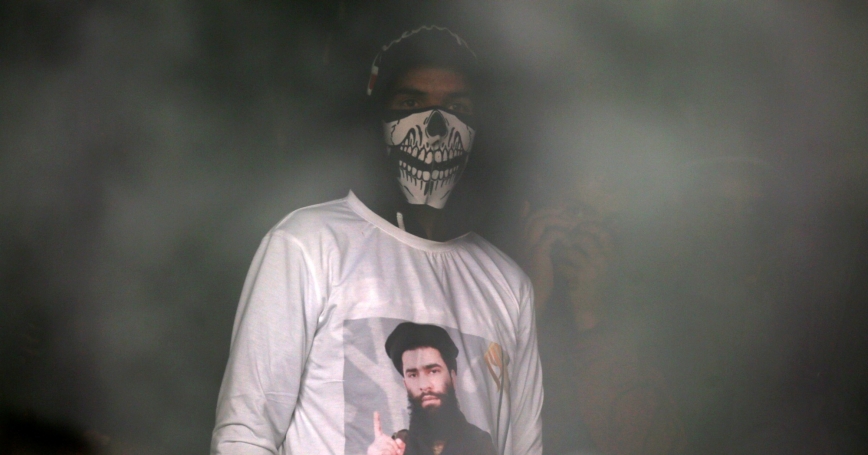 A man wearing a t-shirt with an image of Zakir Rashid Bhat, the leader of an al Qaeda affiliated militant group in Kashmir, in Dadasara, Kashmir, May 24, 2019

Nineteen years after the terrorist attacks of September 11, 2001, does al Qaida still pose a significant threat to U.S. national security? Among researchers, military and intelligence officials, and policymakers who study the group, there is little consensus. But very few experts on Salafi-jihadi movements would dismiss the group outright. So when U.S. Secretary of State Mike Pompeo confidently declared in a March interview on Fox & Friends that “al Qaida is a shadow of its former self,” we were startled and concerned.

By portraying al Qaida as more of a nuisance than a threat, Pompeo helped President Donald Trump's administration make the case for withdrawing U.S. troops from Afghanistan and making peace with the Taliban. Unfortunately, politically motivated threat assessments can be very dangerous, and Pompeo's characterization of al Qaida reflects wishful thinking at best and naiveté at worst. The United States must trade its rose-tinted glasses for a sober assessment of al Qaida's trajectory—and of the organization's enduring ties to the Taliban.

An accurate assessment of al Qaida's organizational health must take into account the group's recent and dramatic resurrection. Just four years ago, al Qaida's leadership was decimated and its capabilities were severely degraded as a result of U.S. counterterrorism efforts in Afghanistan, Pakistan, Syria (PDF), and Yemen.…

The remainder of this commentary is available at foreignaffairs.com

Asfandyar Mir is a postdoctoral fellow at the Center for International Security and Cooperation at Stanford University. Colin P. Clarke is an adjunct senior political scientist at the nonprofit, nonpartisan RAND Corporation, a senior research fellow at the Soufan Center, and an assistant teaching professor at Carnegie Mellon University's Institute for Politics and Strategy.

This commentary originally appeared on Foreign Affairs on September 9, 2020. Commentary gives RAND researchers a platform to convey insights based on their professional expertise and often on their peer-reviewed research and analysis.