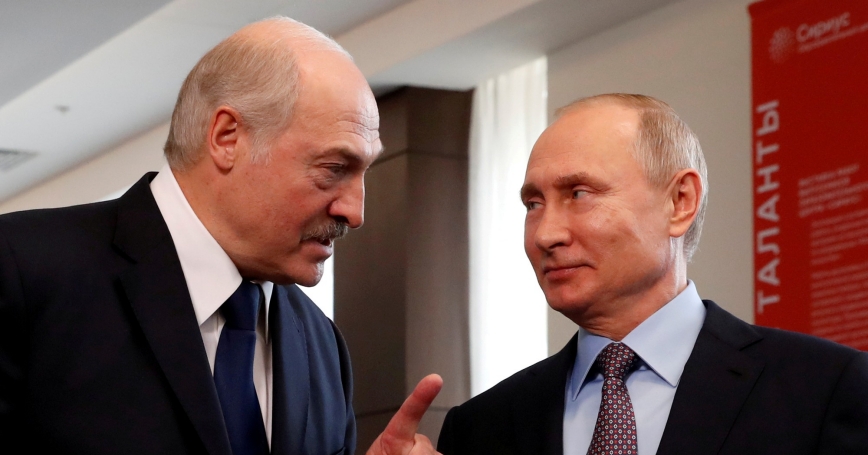 Imperial ambition could again cost Russia. On September 14 in Sochi, Russian President Vladimir Putin signaled that Russia was throwing its weight behind embattled Belarusian President Alexander Lukashenko. But any move by Putin to enforce his will in Belarus with force could invite tougher Western sanctions and scare investors, exacerbating problems of the already flagging Russian economy.

Since a fraudulent presidential vote on August 9 which allegedly gave Lukashenko an 80% vote for a sixth term, hundreds of thousands of people have peacefully protested calling for an end to his 26-year dictatorship.

Lukashenko appealed to President Vladimir Putin, who said he had created a police reserve in case events get “out of control.” The Kremlin could draw on hundreds of thousands of well-armed paramilitary forces, perhaps more than the “little green men” it sent to Ukraine in 2014.

In highlighting in Sochi that “we see Belarus as our closest ally” and joint military exercises would take place “practically every month,” Putin sent a strong message. But if Russia mounted another armed assault on a European neighbor, the West might send an equally robust signal. This movie has played before.

In response to the invasion of eastern Ukraine in 2014, the West imposed unprecedented sectoral sanctions Russia's financial, energy development, and defense sectors.

Any move by Putin to enforce his will in Belarus with force could invite tougher Western sanctions and scare investors, exacerbating problems of the already flagging Russian economy.

They have bite. In November 2014 Russian Finance Minister Anton Siluanov said the cost to Russia's GDP may be 2% per year (PDF). There are other estimates.

Foreign direct investment, vital for Russia's economy, has suffered. Net inflows to Russia have more than halved, falling from $69.2 billion in 2013 to $31.8 billion in 2019.

Russia has mitigated some costs. In 2019 it rose to 43rd (PDF) from the top in the World Economic Forum's Competitiveness Index, well above 64th (PDF) place in 2013.

Russia has built up its National Wealth Fund to $177 billion last month and international reserves to more than $594 billion. Yet the Fund's rise has come at the expense of much-needed investment to modernize the economy.

In several ways Russian repression in Belarus could further heighten risks and costs.

First, many Russians may already be grumpy about falling living standards, as reflected in surprisingly widespread pension reform protests in 2018. Some Russians might view years of military engagements in Ukraine and Syria as financial drains

Second, persistent anti-government protests in Khabarovsk may hint at discontent that could surface elsewhere. The unrest comes after the Kremlin's abrupt removal of an elected governor and a rigged vote allowing Putin to stay in office until 2036.

Third, just as Russia's war in Ukraine sparked a surge in pro-Western attitudes, any use of force in Belarus could run a similar risk. The European Union is helping to lay groundwork for this. It praises the “massive and peaceful” demonstrations across Belarus and deploys its envoys in Minsk to guard Nobel laureate and opposition leader Svetlana Alexievich.

Fourth, European economic ties are vital for Russia. From 2014 to 2018, Russia sent fully 40% of its goods exports to and received 41% of its goods imports from the European Union. Last year Russia's trade with the EU was $260 billion. A more democratic Belarus on good terms with Russia could serve as a bridge to Europe, not another obstacle as Ukraine now is.

Wary of these risks, the Kremlin could hope to rely on “soft power” to keep Lukashenko and his cohort afloat. But in Sochi Putin offered Lukashenko only a paltry $1.5 billion in credits, less than one-tenth of what he promised former Ukrainian President Viktor Yaunkovych when he was fighting for survival in the 2013–14 Maidan revolution.

Putin could give Belarus much more by increasing energy subsidies, buying more agricultural products (over $4 billion in 2019), or refinancing $600 million in state debt to Russia.

Even these soft power measures, however, may be too little too late. Popular opposition is overwhelming. In the August 9 vote the opposition may have won four-fifths of the vote.

Democracies on Russia's European border—Finland, the Baltics, Ukraine, Georgia—are nothing new. With Belarus, however, the Kremlin may worry about both a geopolitical shift westward and the demonstration effect of its closest East Slavic neighbor embracing democracy.

Soon the issue for the Kremlin may come to whether to abort progress in Belarus by using force or to prioritize improving Russia's economy and reducing social unease. In Sochi Putin seemed to back a failed regime in Belarus even if this meant the risk of large costs to Russia's economy.

William Courtney is an adjunct senior fellow at the nonprofit, nonpartisan RAND Corporation, and was U.S. Ambassador to Kazakhstan, Georgia, and a U.S.-Soviet commission to implement the Threshold Test Ban Treaty. Howard J. Shatz is a senior economist at RAND and a professor at the Pardee RAND Graduate School.

This commentary originally appeared on The Moscow Times on October 5, 2020. Commentary gives RAND researchers a platform to convey insights based on their professional expertise and often on their peer-reviewed research and analysis.