Sitting It Out? Or Pushed Out? Women Are Leaving the Labor Force in Record Numbers 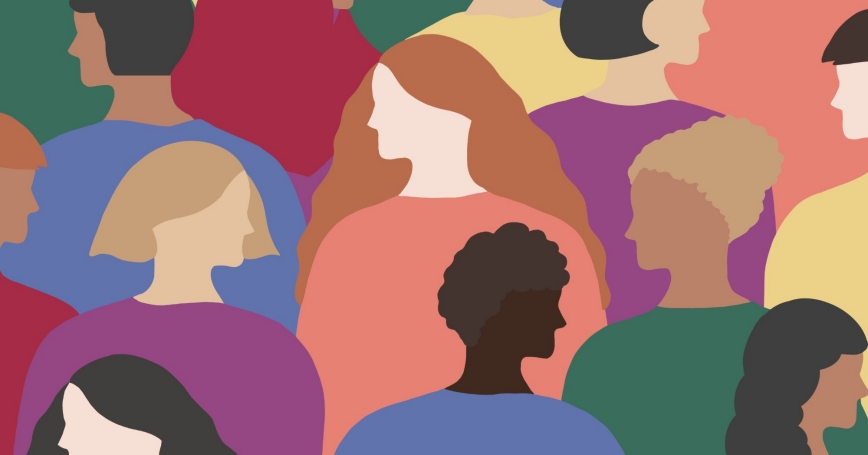 Claudia Goldin, former head of the American Economic Association, called the period beginning in the mid-1970s the Quiet Revolution (PDF) in women's labor. The ranks of female workers had grown steadily after World War II (see Figure 1), but what changed drastically starting in the '70s according to Goldin wasn't the raw numbers, but mindset. Women made employment decisions for themselves, they pursued careers, and their work became part of their identity.

The COVID-19 pandemic, by any measure, has been a blow to that identity. Added to long-standing challenges, such as securing child care (PDF) and combating pay disparities, is the “she-cession,” the economic downturn that has hit women workers measurably harder than men. Occupations and industries with higher shares of women workers lost more jobs. Meanwhile, school and day care closures appear to have put a further burden on those with children. Indeed, the she-cession and its consequences make clear just how much policy has failed to keep up with women's progress.

There are many ways to examine how the COVID-19 recession affected women generally, and those with children in particular. We'll start with a metric that is one primary measure of women's economic progress historically: labor force participation.

The need for caregiving in the absence of in-person school and child care is pushing women out.

Some drop in labor force participation is to be expected during a recession. Individuals lose jobs and, discouraged by the difficult labor market, think they'll sit it out. But for women with children, the concern in this recession is that the need for caregiving in the absence of in-person school and child care is pushing women out.

In January, among workers aged 18 to 55, there were 30.1 million men and 29.1 million women who had at least one child in their household. (These are not necessarily their children, but children who live with them.) In Figure 2, I show their labor force participation rates since the start of this year.

For men in this group, the labor force participation rate dropped 4 points, from 88 percent to around 84 percent, before starting to recover. For women, participation fell from 72 percent to 67 percent—a drop of 5 points, and the recovery was slower. Rates for both go down again in August and September, when many districts started the school year. Ominously, the drop is much larger among women.

Keep in mind, this is not showing people who were laid off permanently or temporarily—those unemployed workers are counted among the labor force. Figure 2 reflects only those who have given up and stopped working or looking for work.

In Figure 3, I show the 2020 change in labor force participation for men and women according to the number of children in their household. The largest decline is among women with two children, at -3.82 points.

The burden of caregiving, as many parents will tell you, also varies not just with the number of children, but their age. In Figure 4, I show the same net change in labor force participation since the start of the year by the age of the oldest child in the household: 0–1, 2–6, 7–12, or 13–17 years old. Here, the largest decline in labor force participation is for women with children age 2 to 6 in the household, of -5.57 points.

There are some aspects of the changes shown in Figures 3 and 4 that align with what many sense to be true—that women whose children are at a more dependent age, for example, have had to drop out of the labor force to take care of them. But there are also findings that don't align with intuition.

For instance, the decline in labor force participation is smaller for women with three or more children. Could it be that working with more children also indicates that one is more attached to the labor force? Or, notice that women with a child younger than 2 had higher labor force participation in September than in January. Could it be that working from home makes the return from maternity leave less difficult?

Regardless, it likely will take years to recover from overall declines of this scale. Even when women's labor force participation was growing at its fastest clip, it rarely increased more than a percentage point a year. (See Figure 1.)

Economists pay close attention to women's labor force participation because it is a clear benchmark that is consistently and contemporaneously measured. But it admittedly doesn't capture the experiences of all women in the recession, especially those who remained working. Here, the picture does not get rosier, though the data are less reliable, as it is primarily from one-time, small-sample surveys.

A Catalyst survey of adults 20 to 65 working in large companies (500 or more employees) found that two of every five mothers say they must hide their caregiving struggles from colleagues. A separate survey found that women with children at home are much more likely to report that working from home has hurt their productivity and affected their career. Although their sample is not representative of all women workers, a much larger survey from McKinsey & Company (PDF) found that one in four women were considering taking a leave of absence, reducing hours, moving to part time, or switching to a less demanding job.

Afraid to take time off, unable to take time off, working less, being promoted less—all of these will contribute to the predicted 5-point increase in the gender earnings gap that will result from the recession.

Afraid to take time off, unable to take time off, working less, being promoted less—all of these will contribute to the predicted (PDF) 5-point increase in the gender earnings gap that will result from the recession.

Goldin dubbed women's change in self-identity—from having a job for a while to having a career—a quiet revolution. But a more fitting modifier might have been “unsupported.” That revolution was not ushered in by, nor did it usher in, an equally dramatic shift in public or corporate policies to support working women. To the contrary, child care has become more expensive, women still earn less than men, private-sector workers still aren't guaranteed sick days or paid family leave, and women do $1.5 trillion worth of unpaid domestic work. Before the pandemic/recession, the social movement with arguably the most impact for women was #MeToo, which, among many things, brought attention to how prevalent sexual harassment remains in the workplace.

Despite all that, women ended 2019 as the majority of employees in the United States. And now, with the nation's workforce upended, all that unfinished business of the quiet revolution is a potential drag on economic recovery.

The World Bank (PDF) has long advised low- and middle-income countries to invest in women to grow their economies. The Council on Foreign Relations estimated that closing the gender employment and earnings gap could add $2.7 trillion to gross domestic product in the United States. The International Monetary Fund has said (PDF) that investing in women is a recipe to grow the economy.

Will U.S. policymakers start to take that advice? To get the investment working women have long deserved but gone without, the next revolution will have to be much, much louder.

Kathryn Anne Edwards is an economist at the nonprofit, nonpartisan RAND Corporation and a professor at the Pardee RAND Graduate School. Her research focuses on labor market issues including unemployment insurance, the STEM education pipeline, and workers without a college degree.