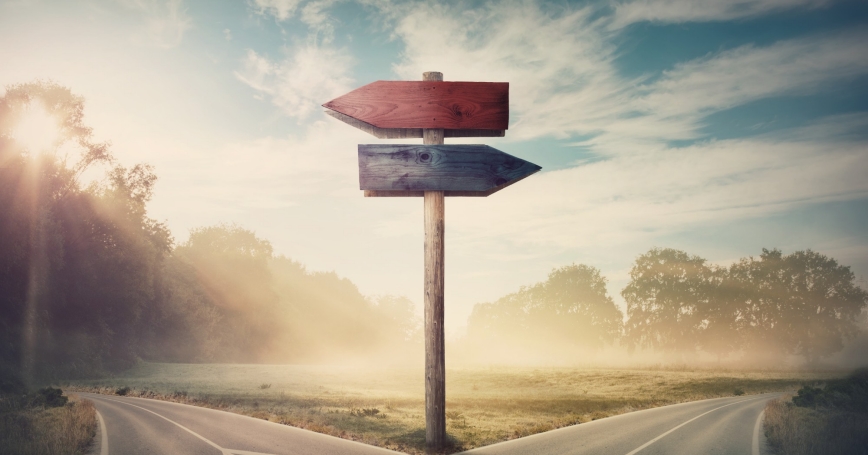 From a food and traditional medicine market with hundreds of exotic wildlife packed in cages, a new and deadly respiratory virus emerges. An unprecedented lockdown of Chinese society fails to contain the virus, which proceeds to sweep across the planet, spreading death and shutting down economies from Italy to India. As the virus spikes in major U.S. cities, the federal government deploys U.S. Navy hospital ships to Los Angeles and New York. Shortly upon arrival of the USNS Mercy in LA's port, a U.S. citizen, believing the ship is part of a federal takeover, derails a freight train toward the ship. The train stopped 250 yards short of the vessel. No, that was not the latest summer blockbuster. It was the real summer of 2020.

As summer turned into fall, it seemed the effectiveness of national responses to COVID-19 were determined by each society's ability to resolve their social coordination challenges more than their access to technology like hospital ships. COVID-19 has sculpted into high relief already recognized societal problems, which could be addressed once COVID-19 passes. Failure to do so could be a failure to learn the meta-lessons from COVID-19. Among them are at least these three.

A Change in the Relationship Between People and Wildlife and Livestock

COVID-19 is not the first zoonotic infection to deal out death on an international scale. SARS, another zoonosis that emerged from the large-scale trading of wildlife in Chinese markets, swept across 35 countries and killed hundreds of people before being contained through diligent efforts of the international public health community. Several strains of avian influenza have arisen from wild and domestic poultry and pigs and spread globally and killed hundreds of thousands of people. Although its origins were unclear in the 1980s, we now know beyond any doubt that HIV originated from multiple zoonotic transfers from monkeys and chimpanzees into humans due to the bushmeat trade in Africa. Since its origin, HIV has killed 32 million people globally.

When people lived as small tribes of hunter-gatherers, interactions with wild animals caused these same zoonotic transfers, but human population densities were small enough that pandemic spread was unlikely. That's not the situation any longer. In just the 40 years since 1980, there have been at least four major international epidemics or pandemics that all trace their origins to wildlife consumption, to mixing of wildlife with domestic stock, and poor animal husbandry practice. African and Chinese source locations for these diseases have been more common because they are places in the world with the largest scale trade of wildlife.

Conservationists have called out these practices for years, including the Chinese markets specifically, because they bear a substantial responsibility for the extinction threat of numerous animal species. Again, using wildlife in these ways is part of evolution since the origin of the species. But there just are too many people now to continue these practices.

Find a Way to Agree About What's True and False

A man literally derailed a freight train when the government tried to help by sending a hospital ship. More recently, in the context of a contentious presidential election, candidates who explicitly endorse the baseless QAnon conspiracy theory have won primary election battles. Facebook has come to view QAnon as such a substantial problem that it has banned all discussion of Q from its platform.

America is in the grips of a culture of knee-jerk partisanship, anti-establishment thinking, and associated conspiracy theorizing. This is not just a manifestation on social media, bots, or Russian propaganda. In a recent RAND study, my team found that correlations among anti-establishment tropes on Twitter largely mirrored the patterns we observed in a nationally representative survey. We found that 42 percent of parents falsely believed flu vaccine could give someone the flu, 26 percent believed the CDC was hiding vaccine side effects, and 23 percent believed a deep state controlled the elected U.S. government.

America is in the grips of a culture of knee-jerk partisanship, anti-establishment thinking, and associated conspiracy theorizing.

Simultaneously, we found the people who rejected these false beliefs incorrectly rejected true conspiracies, such as the fake vaccination program run by the CIA to find Osama bin Laden, even though these plots were exposed by journalists in major mainstream publications. This may not be just a matter of people having less trust in their government; differing subsets of Americans appear to have lost an ability to reach consensus about what is true or false. Americans won't agree on a response to COVID-19, or any comparable crisis, without a process for agreeing about what even is happening.

Recent efforts to ban ideas like QAnon from social media platforms are well-intended, but they will not solve the epistemic crisis. What does it say about a society that reason and evidence are insufficient to convince the populace that QAnon is baseless and false? Instead, social media platforms have turned to banning the idea itself from public forums, because neither political leadership nor educational and journalistic systems can stop its viral spread.

When Times Are Good, That's the Time to Prepare for Rare but High-Impact Events

Everyone agrees COVID-19 is not a black swan, but with a few exceptions like South Korea, most countries were insufficiently prepared. At any given time, governments, industry, and policy advisors typically prioritize work based on urgency rather than the magnitude of its impact. In the months and years before COVID-19 began its pandemic spread, people were focused on issues they now may hardly remember, but that seemed most urgent at the time. There was not enough preparation for an event like COVID-19 even though experts had warned that global pandemics, particularly of zoonotic origin, were an ongoing threat. The meta-lesson from this is not to prepare for another pandemic after COVID-19 is resolved, it is to prepare for rare but extremely high-impact events that the relevant experts warn are risks in waiting.

The meta-lesson from this is not to prepare for another pandemic after COVID-19 is resolved, it is to prepare for rare but extremely high-impact events that the relevant experts warn are risks in waiting.

Climate change is the most obvious of these risks. After COVID-19, will the bickering end over urgent but ultimately low-impact economic issues, so the climate crisis can get the attention it deserves? Over the same time frame as the anticipated impact of climate change, experts warn that the world could face new existential crises from the slow but steady expansion of human activity in space. Should a security and governance system be set up for asteroid mining in advance, or should it wait for the first robber-baron asteroid states to emerge? Will laws be enacted about the ongoing practice of targeting messages to Earth-like planets in hopes of alerting aliens about our location, or will groups of astronomers be allowed make this diplomatic decision for the entirety of humanity?

These aren't black swans; they're gray rhinos. They can be seen coming a long way off from across the landscape. The fact they will take a while to arrive doesn't make them less important than the “urgent” matters that preoccupy people in the present, because rhinos can trample you dead.

Insanity is often defined colloquially as repeating the same actions while expecting different outcomes. Often, this definition is used in a partisan way to point out the failings of the one political persuasion or another. But that definition of insanity might also apply to society as a whole with respect to the meta-lessons of COVID-19. Continuing the same behaviors with wildlife that have contributed to four decades of pandemic zoonotic infections could fall into this category. So could refusing to try to develop a shared knowledge process to decide which conspiracies are certainly false and which might be true. It's like ignoring existential “gray rhino” threats galloping this way.

Luke J. Matthews is a Pacific Council member and a senior social scientist at the nonprofit, nonpartisan RAND Corporation.

This commentary originally appeared on The Pacific Council Magazine on November 2, 2020. Commentary gives RAND researchers a platform to convey insights based on their professional expertise and often on their peer-reviewed research and analysis.