Japanese Public Needs to Know SDF to Appreciate It 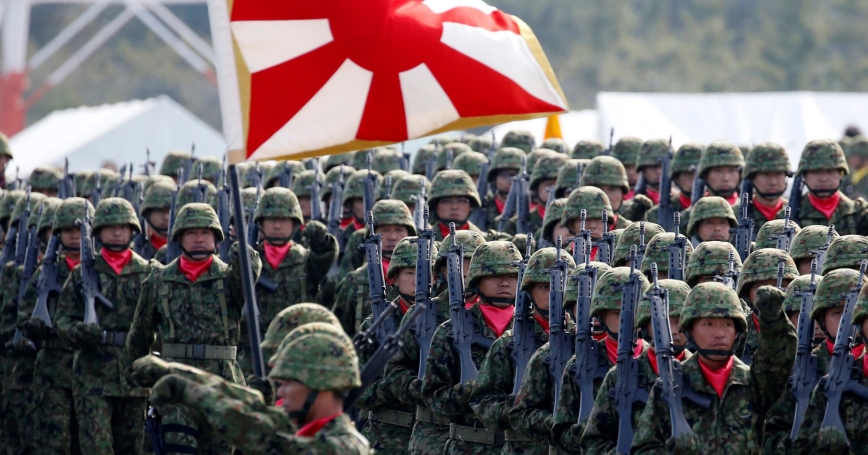 China's increased military activity against Taiwan and recent passage of a law that allows the Chinese coast guard to use weapons against foreign ships that Beijing sees as illegally entering its waters is a reminder that Japan's security environment is not getting any safer. While it may be unthinkable, it is possible that someday China will use force against Japan. If so, the Self-Defense Forces will be called upon to defend the country. In this situation, does the Japanese public fully appreciate what the SDF would be expected to do?

According to surveys conducted by the Cabinet Office, a large majority of the Japanese public maintain a positive opinion of the SDF, but a majority also believe the current defense capabilities of the SDF are sufficient and do not need to be strengthened. And when given multiple options for what they think the role of the SDF is, the largest response is disaster relief operations, not defending the country from external threats.

Although Japan does not call the SDF a military, externally, it is viewed as such. This is for good reason. It is widely respected as a modern armed force fielding advanced defense capabilities. This respect is particularly strong from its U.S. ally. Yet, the Japanese public tends to receive a largely sanitized view of the SDF and the alliance. Instead of seeing the sacrifices SDF families are forced to make or of SDF training to defend Japan against Chinese aggression, the main image of the SDF is one of nonmilitary disaster relief. Even with the alliance, instead of images of U.S. and Japanese armed forces closely cooperating, the public view of the alliance tends to be that of frequent visits between political leaders or ministers. The alliance's core role of warfighting is rarely, if ever, seen in full public view.

Although Japan does not call the SDF a military, externally, it is viewed as such.

And yet, as was the case after Joe Biden became America's 46th president, Japanese leaders will often seek a verbal commitment from a new U.S. administration to defend the Senkaku Islands. While this gets widely reported, often lost in the public dialogue is what that exactly means, including the fact that the SDF may be responsible for using force. Importantly, there is never any mention that Japanese and Americans are risking their lives to defend Japan. And that they may even die in that cause.

The aversion to public discussion of the SDF is understandable given Japan's history and that segments of the Japanese public maintain strong feelings of pacifism and are highly sensitive to the idea of Japan using force, even in the defense of Japan.

The public debate surrounding the security legislation that eventually passed in 2015 is a good example. Instead of public discussions on the role of the SDF, the military relationship with the United States, and the expectations of what the SDF should do to defend Japan, all parties to the public debate spoke past each other. The government took an overly legalistic approach and occasionally referenced hypothetical scenarios. The media and opposition parties sensationalized the legislation as “war acts” and avoided substantive discussion about the contents.

Given the threats facing Japan, it may benefit the Japanese public to better understand the value of the SDF as an armed force.

Given the threats facing Japan, however, it may benefit the Japanese public to better understand the value of the SDF as an armed force and the military cooperation that takes place with the United States. Doing so could begin to move discussions beyond purely legalistic or emotional arguments to engage in the important security issues facing Japan. This, in turn, could help Japanese leaders publicly debate the objectives of important policies with a more engaged public.

Should a strong public aversion to the SDF's role or use of force permeate society, it could mean weak public support for the operations themselves, making the job of the SDF that much more difficult. After all, asking armed forces to protect a public that does not support it could sap those forces of morale. Japan is no exception.

The threats facing Japan are not going away, which means the SDF's role will increase in importance. Having a better appreciation and understanding of the SDF, and Japan's alliance with the United States, may benefit not just the SDF, but the leaders who will be called upon to make difficult decisions.

Jeffrey W. Hornung is a political scientist at the RAND Corporation, a nonprofit, nonpartisan research organization.

This commentary originally appeared on Stars and Stripes on February 18, 2021. Commentary gives RAND researchers a platform to convey insights based on their professional expertise and often on their peer-reviewed research and analysis.