The United States and Japan Should Prepare for War with China 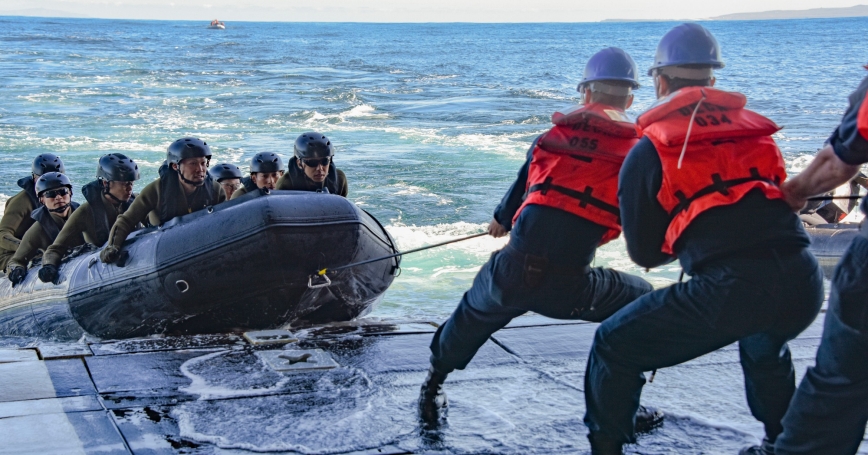 Last week, China toughened its language against Taiwan, warning that “independence means war.” A few days prior, the Taiwanese Defense Ministry reported 15 aircraft from the Chinese air force inside its air defense identification zone. This uptick in saber-rattling suggests the military challenge posed by China (PDF) will likely continue, making it one of the Biden administration's top priorities. Unlike the Trump administration, with its transactional approach to alliances, the Biden administration may find U.S. interests can be best served through strategic engagement with its allies, on this issue as elsewhere. In particular, part of the military challenge posed by China might be answered by turning to its longtime ally Japan and firming up one of the most intrinsic aspects of the United States–Japan alliance: warfighting.

The U.S.-Japanese relationship has deep roots. Perhaps due to the cultural strength of pacifism in Japan or the legal limits on what Japan's Self-Defense Forces can do, however, the military aspect of the alliance has often been underemphasized in favor of broader strategic discussions about the stabilizing aspect (PDF) of the alliance or economic and diplomatic cooperation. Beyond calls for greater interoperability, the specifics of the alliance's military dimension are rarely highlighted despite the fact that the institutional relationship (PDF) between their militaries and defense establishments are extremely complex, with several areas of possible improvement.…

This commentary originally appeared on War on the Rocks on February 5, 2021. Commentary gives RAND researchers a platform to convey insights based on their professional expertise and often on their peer-reviewed research and analysis.