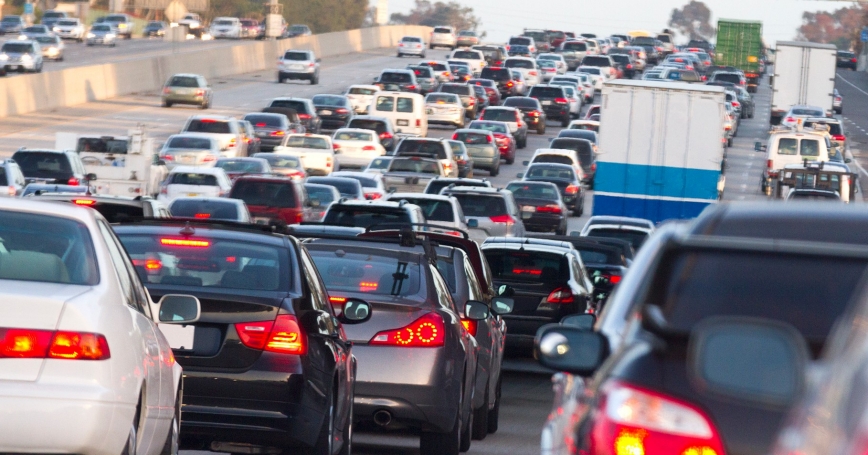 by Liisa Ecola and Laura Patton

For generations, the gas tax has been a rough approximation of a mileage fee: Your gas consumption more or less correlated with how much you drive. But it's been clear for years that the gas tax has been losing its ability to pay for America's existing roads and bridges, let alone improvements and new construction. The two main culprits are the failure to keep up with inflation and the increasing efficiency of vehicles. People with very fuel-efficient vehicles—the Toyota Camry Hybrid gets 52 miles per gallon—pay far less than drivers of other cars even though both may impose equal burdens on the infrastructure. And electric vehicle owners pay nothing.

But any new tax is unpopular, and a vehicle miles traveled (VMT) fee would be no exception. Policymakers may be confronted by three major hurdles in enacting a VMT fee: concerns about privacy, the idea of double taxation during the conversion period to VMT from gas tax, and political will.

It's been clear for years that the gas tax has been losing its ability to pay for America's existing roads and bridges, let alone improvements and new construction.

Privacy concerns could be addressed in several ways. First, administrators could make use of the devices people already have. Most people already carry an “on-board unit” everywhere they go—a smartphone. A VMT pilot program in Minnesota used smartphones and Bluetooth devices attached to the diagnostics port on the vehicle to capture data about when and where participants were driving.

Drivers could also be allowed to choose how they share their data. In Minnesota's pilot, drivers chose each time they got behind the wheel whether they wanted to turn the smartphone on and make their data available in exchange for lower potential costs or keep the smartphone off and pay more based on an odometer reading. Similar concerns about privacy were raised with toll tags like E-ZPass when they were introduced. But large numbers of drivers have purchased them without any government mandate, because the time savings and discounts make having a tag worthwhile.

Or a privacy watchdog could be part of the program. The Minnesota pilot program was overseen by a panel of transportation experts with one unexpected member—the American Civil Liberties Union (ACLU). The state engaged the ACLU to help design the panel's approach to protecting privacy. Other third-party organizations dedicated to protecting privacy could also become involved with VMT fees, providing independent reassurance that privacy concerns are taken seriously and investigating allegations of privacy breaches. A privacy watchdog could monitor these technologies and data to make sure they remain on the up and up.

States have already addressed the double taxation issue as well. In Oregon, participants in a pilot program received a credit for fuel tax they pay. Fuel consumption was reported by their in-car device or computed by the account manager based on average miles per gallon and miles driven. As all gas taxes are paid at the pump—the amount you pay per gallon already includes both state and federal taxes rolled into the price—the federal government could also establish this type of system. It could then be phased out over time as the VMT fee becomes more prevalent.

The VMT fee fulfills the conservative principle of people paying directly for services they use, as well as the liberal principle of tax burdens being shared more equitably.

As for political will, Congress has already bailed out the Highway Trust Fund multiple times with general funds—because the incoming revenues are far less than what's been paid back to the states—and will have to do so again. This might be an area where bipartisan support is possible. The VMT fee fulfills the conservative principle of people paying directly for services they use, as well as the liberal principle of tax burdens being shared more equitably because the people driving highly efficient cars tend to be more affluent than those driving vehicles with lower miles per gallon.

Perhaps the urgency of moving to electric vehicles to reduce emissions from transportation, coupled with fresh energy around a new infrastructure bill, will lead to renewed consideration of VMT fees as a potential option for a 21st-century transportation funding system.

Liisa Ecola is a senior policy analyst and Laura Patton is a legislative analyst at the nonprofit, nonpartisan RAND Corporation.

This commentary originally appeared on The Hill on March 25, 2021. Commentary gives RAND researchers a platform to convey insights based on their professional expertise and often on their peer-reviewed research and analysis.