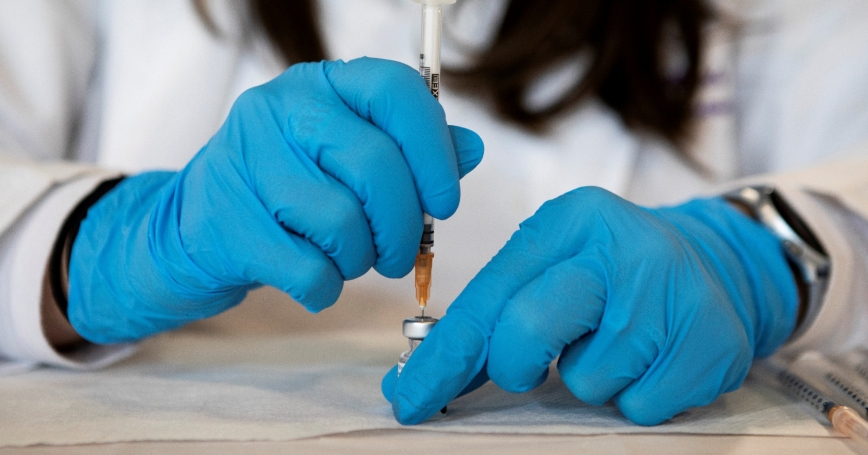 As of Monday, all Michigan residents 16 and over are eligible for vaccination against COVID-19, just as the state is struggling with the worst outbreak of the virus in the United States with multiple strains circulating. Hospitalizations are up 50 percent just in the last week.

A take-all-comers approach to vaccines might make a dent. But recent modeling work by our research team at RAND has shown the power of another approach. Actively seeking out people with lots of contacts for vaccination could bring the epidemic under control much more quickly than vaccinating people at random.

To reach this conclusion, we analyzed weeks of (anonymized) location data from mobile devices for an entire U.S. metropolitan area to compile a representative pattern of people's daily movement. We then worked out which people might come within 10 meters of one another over the course of a typical day. On top of this real-world contact network, we added a virus-spreading simulation to test how different vaccination strategies might play out.

Actively seeking out people with lots of contacts for vaccination could bring the epidemic under control much more quickly than vaccinating people at random.

The key thing that our model was able to capture—but most epidemiological models miss—is the extreme variability in individuals' number of contacts. Most of us see only a few people each day. But a significant number have hundreds of contacts daily, such as retail workers, prison guards and inmates, waiters, meat packers, factory workers. Likewise, those who live in multi-generational households, dorms, or nursing homes have much more contact.

So, what about someone with 200 contacts per day? They are 40,000 times (200 x 200) more likely to spread the disease than a person with one contact per day. The latest evidence is that vaccination drastically prevents transmission of the virus, so vaccinating the high-contact person is literally 40,000 times more effective in stopping the spread.

People with high rates of contact are not hard to find—they are actually the easiest people to find. However, they tend to be constrained in terms of both money and time. These are mostly hard-working people who can't afford to take time off to find an appointment and then show up for it in the middle of a weekday.

Some high-contact people could potentially do a better job of practicing social distancing and wearing masks as recommended, but no matter what we might think of their behavior, vaccinating them is an effective way to protect the rest of society from the virus that they might transmit if they get sick.

Rather than rely exclusively on a first-come, first-served system to administer shots, health officials would do better to reach out directly to places where people have high numbers of contacts. Churches, factories, schools, and downtown business districts might all play active roles in coordinating the vaccination of such people.

In fact, our modeling shows that this strategy better protects the elderly and others most vulnerable to COVID-19 than vaccinating the vulnerable people directly. That's because it has the potential to end the outbreak quickly, thus preventing many at-risk people from ever being exposed to the virus.

Timothy R. Gulden is a senior policy researcher at the nonprofit, nonpartisan RAND Corporation. He is coauthor of the report, Protecting the Most Vulnerable by Vaccinating the Most Active.

This commentary originally appeared on The Detroit News on April 6, 2021. Commentary gives RAND researchers a platform to convey insights based on their professional expertise and often on their peer-reviewed research and analysis.