Who Can Effectively Champion the Vax? 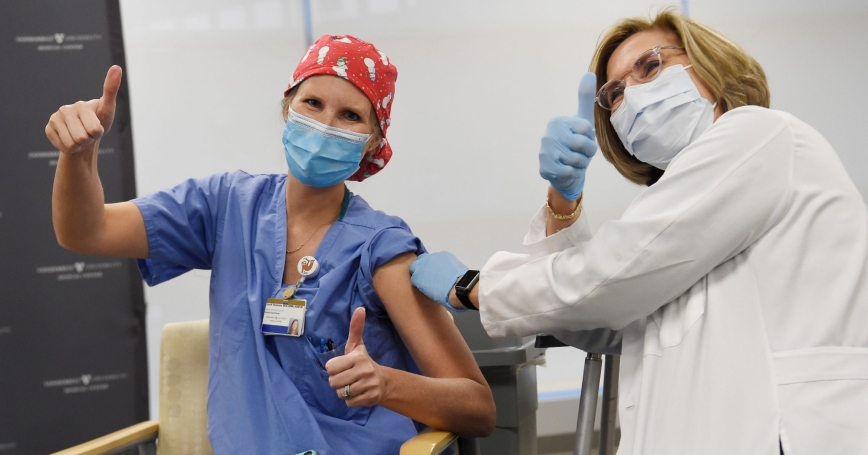 Vaccine hesitancy—the delay by people to get inoculated even when shots are widely available—appears likely to be one more hurdle in ending the COVID-19 pandemic. The CDC would typically lead a campaign to overcome such hesitancy, but shortcomings at the agency during 2020 have left it compromised as a public health messenger.

For generations, the CDC was the world's “gold standard” in public health protection and promotion. But its technical problems in developing testing kits, mixed messaging about the pandemic and mitigation strategies, as well as extensive public commentary, all undermined its level of trust among the American public.

We see this in survey data. As part of nationally representative RAND American Life Panel (ALP) surveys fielded last May and October, we found that trust in the CDC has declined measurably across the board. Specifically, trust in the CDC by non-Hispanic white and Hispanic respondents fell to the same lower level of trust that Black Americans already had. A November-December 2020 RAND survey of Black Americans found that more than a third indicated they would not get a COVID-19 vaccine.

Among respondents who intended to vote for someone other than Biden in the 2020 presidential election—or who did not intend to vote at all—trust fell even further, suggesting that views about the CDC are now strongly politicized. Other embattled federal agencies, such as the U.S. Postal Service, did not show a similar decline in public trust—by partisanship or otherwise.

This declining trust is a major problem for the Biden administration. Unlike in the past, the CDC may not be the best messenger for promoting COVID-19 vaccination and overcoming vaccine hesitancy. A recent Kaiser survey found that although 70 percent of Americans are willing to get a COVID-19 vaccine, those in rural areas, Black Americans, and Republicans were less likely to do so. Among respondents who indicated they would definitely not get the vaccine, only about a quarter said the CDC, the FDA, Anthony Fauci, or their local health department were reliable sources of information.

Health care providers may be more effective messengers than the CDC in COVID-19 public health campaigns, particularly for groups with vaccine hesitancy.

This suggests that individual doctors and other health care practitioners may be more effective messengers than the CDC in public health campaigns about COVID-19, particularly for groups with vaccine hesitancy. Importantly, eight out of 10 Kaiser survey respondents said they trusted their individual doctor and health care providers “a great deal” or “a fair amount” to provide reliable information about a COVID-19 vaccine. Also, a recent but separate RAND survey of Black Americans found that 65 percent indicated they trusted information about COVID-19 from their own doctors and nurses, compared with less than one-third who said they would trust information from federal or local elected officials.

Given the need to deal with vaccine hesitancy imminently, the CDC and the Biden administration could funnel guidance through doctors and other health care providers and help them reach their local patients with the message that getting the vaccine is crucial. That also means that the sooner vaccines are made available to local doctors and clinics to administer it, the better. The CDC and Biden administration might also consider public safety announcements (PSAs) that feature doctors and other health care providers.

Restoring trust in the CDC and reestablishing its independence will be a longer-term effort. Disentangling the CDC from politics is critical. CDC scientists may want to hold their own COVID-19 briefings instead of only taking part in White House updates. A Kaiser Family Foundation poll in September 2020 showed that about 40 percent of adults felt that the CDC was paying too much attention to politics when issuing guidelines and recommendations for coronavirus policy; thus, having a clearer and more explicit focus on the scientific reasons for decisions and changes in guidance is important.

This is something that the new CDC director, Rochelle Walensky, has begun to do, as shown in a recently released memo (PDF) with its explicit mea culpas. Such steps are key in beginning to shore up public trust in the agency and to help in the long process of returning the CDC to its gold-standard status.

Lois Davis is a senior policy researcher and Michael Pollard is a senior sociologist at the nonprofit, nonpartisan RAND Corporation. Both are professors at the Pardee RAND Graduate School.

This commentary originally appeared on MedPage Today on April 8, 2021. Commentary gives RAND researchers a platform to convey insights based on their professional expertise and often on their peer-reviewed research and analysis.