Will Russia's Risk-Aversion Keep It Away from Ukraine? 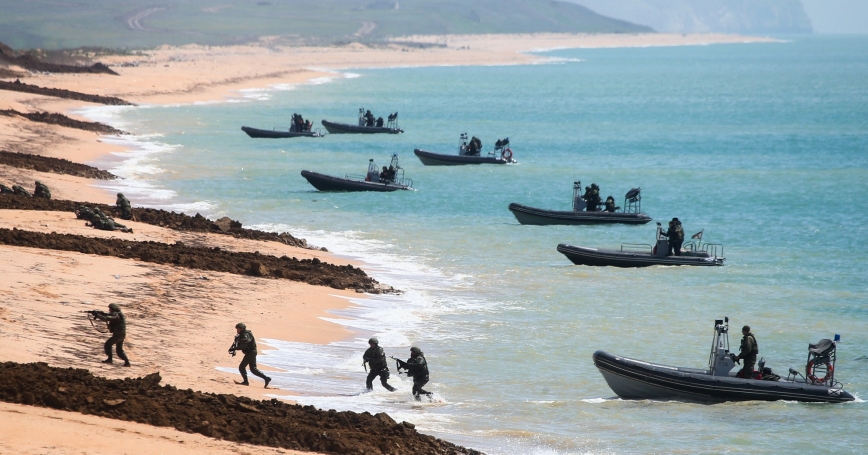 Russia's defense minister says that the troops Moscow moved closer to Ukraine and into Crimea will now be reduced in numbers. However, much of their equipment will be left behind, and the danger will remain.

The West has protested the Kremlin's latest attempt to scare Ukraine, or perhaps to seize more of its territory. A renewed war could involve high casualties, and thus would run against the Kremlin's preference for lower-risk military actions. But this does not mean Moscow will stay its hand.

In the 1980s, years of fighting in Afghanistan left at least 15,000 invading Soviet soldiers dead. This was demoralizing at home. Soviet leadership tried to hide casualties, a betrayal that eventually helped lead to an angry Committee of Soldiers' Mothers. Many years later, Georgian President Eduard Shevardnadze told me that only four members of the Soviet Politburo had made the disastrous decision to intervene.

Leaders in Moscow today still try to hide military combat deaths. They also use irregular fighters wherever it is practical to do so.

Leaders in Moscow today still try to hide military combat deaths. They also use irregular fighters wherever it is practical to do so.

In February 2014 in Ukraine, pro-Russian President Viktor Yanukovych fled office in the face of a popular, pro-Western uprising. Shortly thereafter in Crimea, Russia leveraged surprise, a substantial military presence, and political instability in Kyiv to carry out a bloodless takeover. Moscow then annexed the region.

In April that year, Moscow sent irregulars to eastern Ukraine, where ethnic Russians are a large minority, to link up with local separatists. It also waged political warfare against the interim government in Kyiv. The Kremlin may have expected a popular revolt in eastern Ukraine, but it did not materialize. Relying on irregulars not only averted military casualties, but it also helped the Kremlin pretend that it was not a combatant.

Defenses in eastern Ukraine were feeble at first, and there were numerous defections. But by July 2014, Ukrainian fighters were pushing back the irregulars. By rallying so soon, Ukrainian fighters may have surprised the Russians. In August, Moscow brought in regular armed forces to rescue them and to intimidate Ukrainian authorities.

The Kremlin has sought to limit and hide military casualties not just in Ukraine, but elsewhere.

Russia has a military base in Tajikistan, but it is Chinese forces that help protect the country's dangerous border with Afghanistan.

In 2008 when invading Georgia, Russian forces mostly covered ground controlled by their peacekeepers in Abkhazia and South Ossetia. Where fighting did take place, it “revealed profound deficiencies” in Russia's forces.

In 2010 amid ethnic unrest in southern Kyrgyzstan, Russia shied away from ordering troops from the Collective Security Treaty Organization to help restore order.

In 2015, Russia intervened in Syria's civil war mostly with combat air power. It was potent against insurgents whose air defenses were modest.

Last year, despite close military ties and a base in Armenia, the Kremlin did not mobilize to forestall an Azeri attack on Nagorno-Karabakh and nearby land controlled by Armenia but lying within Azerbaijan. Instead, Moscow warned that its security obligation to Armenia did “not extend to Karabakh.” As part of a post-conflict cease-fire, Russia has installed peacekeepers, but they may not face major threats.

Whether the pain of Afghanistan still affects Moscow's thinking about casualties is uncertain, but these interventions suggest it might.

A 2019 poll in Russia by the respected Levada Center found that over half of the respondents said their country should end its military campaign in Syria. But there is more support for intervention in Ukraine. A majority of respondents said occupied areas of eastern Ukraine should be allowed to break away from the country.

Aversion to military casualties could dampen any Kremlin interest in pushing further into eastern and southern Ukraine.

Despite this sentiment, aversion to military casualties could dampen any Kremlin interest in pushing further into eastern and southern Ukraine. In early 2014, President Vladimir Putin implied this ambition when he spoke of the region, which he called “Novorossiya,” as having been part of the earlier Russian empire.

The Kremlin is surely aware that Ukrainian forces today are better postured than in 2014. Many are battle-tested. The army is the third-largest in Europe. NATO (PDF) countries have helped train and equip it. The United States has supplied some $2 billion in security assistance, including advanced Javelin anti-armor weapons. Ukraine's military has support from civil society; it is one of the country's most trusted institutions.

Nonetheless, the Kremlin could blunder in Ukraine as Soviet rulers did in Afghanistan. Unlike then, however, a new Russian thrust into Ukraine could lead to early, heavy casualties. This could quickly bring home to the Kremlin the political costs of any incursion.

This commentary originally appeared on RealClearWorld on April 26, 2021. Commentary gives RAND researchers a platform to convey insights based on their professional expertise and often on their peer-reviewed research and analysis.