Capitol Rioters Face FBI Arrests and Prosecution. How Not to Make Them Martyrs in the Process 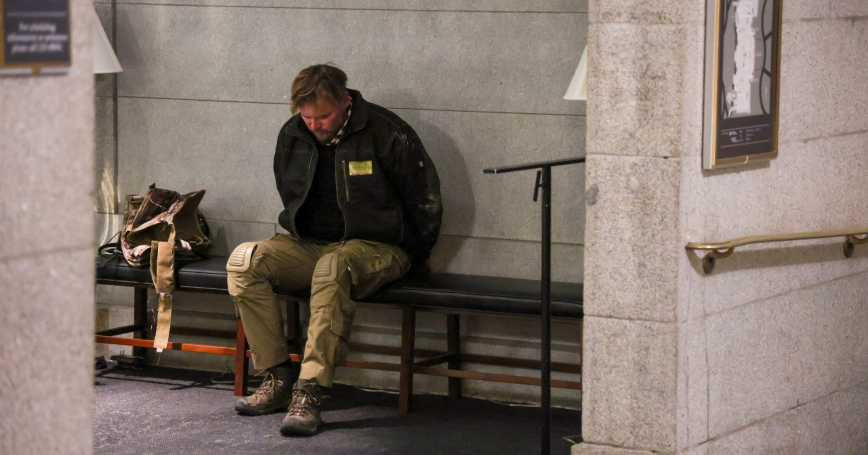 A protester is detained inside the U.S. Capitol as supporters of U.S. President Donald Trump protest outside, in Washington, D.C., January 6, 2021

Justice remains the goal as prosecutors prepare their cases against the 440 people and counting who have been arrested on charges of participating in the riot at the Capitol in January. But whenever a large number of people are connected with some kind of wrongdoing, whether it's organized crime or ideologically-motivated violence, then law enforcement also takes into account the larger threat to society (PDF), not just the individual cases.

The righteous wrath of those who view January 6 as an insurrection—and believe we need uncompromising prosecution of those who incited, instigated, financed, or otherwise encouraged the attack regardless of the consequences—is understandable. But is it strategic thinking? It's crucial we prevent polarizing society further, escalating turmoil or galvanizing anti-government sentiment. The goal is isolation, not idolization. Any ability for offenders to claim they are victims of political persecution, victims of oppression, prisoners of conscience—in a word, “martyrs”—can lead to those very outcomes.

To avoid this “martyr” label, we need to prosecute the offenders on charges that are less politically oriented and be willing to enter into great numbers of plea bargains. While that can be less satisfying, plea bargains deny the rioters opportunities to grandstand during trials. And history has shown that prosecutions based on less severe and politically-fraught charges have a greater chance of resulting in the convictions needed to stop this behavior.

The term “martyr” was first applied to those who chose death rather than renounce their faith in the early days of Christianity, but Islamist extremists latched on to the term to justify violence committed by suicide attackers. Very few attacks by right-wing extremists are suicidal, but the hagiography of the far right similarly elevates those who carry out mass killings, like Dylann Roof, Norway's Anders Breivik, and New Zealand's Brenton Tarrant, depicting them as “saints (PDF).”

Plea bargains deny the rioters opportunities to grandstand during trials.

The promise of adulation—of joining a pantheon of warriors—appeals to extremists seeking approval and glory. The Capitol rioters, however, committed ordinary crimes. Their trials should not feed invented narratives of heroism and sacrifice. During trial, the accused cannot be entirely prevented from promoting their beliefs, of course, but it will be important for prosecutors to try to keep the defendants' political pretensions or violent rhetoric out of the courtroom.

This starts with selecting the charges. For instance, although the invasion of the Capitol may meet the legal definition of insurrection, sedition, or seditious conspiracy, these do not appear to be the crimes prosecutors are pursuing. Instead, most of the January 6 defendants face comparatively minor charges like disorderly conduct on Capitol grounds, conspiracy to commit a crime, and various weapons charges. A handful are accused of assaulting a federal officer.

That makes sense: Terms connected to the overthrow of government carry a lot of political freight, elevating the defendants' political status and moving prosecution from the solid ground of facts to the slippery ground of motivation, ideology, and intentions, where judgments of guilt or innocence become entangled with the political beliefs and allegiances of the jurors themselves. That can make prosecution more perilous; it requires only one holdout to cause a mistrial. When convictions are reached, they're more likely to be perceived as the result of government orchestrated show trials.

Furthermore, while a number of foreign and homegrown jihadists (PDF) have been convicted of seditious conspiracy, these prosecutions have not been successful against white supremacists. The 1988 trial of 13 members of the Ku Klux Klan and Aryan Nations for seditious conspiracy failed when an all-white jury acquitted the group. A 2012 prosecution of right-wing extremists collapsed when the judge threw out the sedition conspiracy charges, which must reach a high standard of proof to convict. Since the other criminal charges were derivative of the conspiracy charges, they also were axed.

What did work against white supremacists, and anti-abortion extremists, in the 1990s were prosecutions for ordinary crimes—murder, armed robbery, racketeering and organized crime, use of weapons of mass destruction (bombs), weapons theft, and other weapons charges.

Timothy McVeigh, the Oklahoma City bomber, was never charged with insurrection, seditious conspiracy, or terrorism. He was prosecuted for conspiring to use a weapon of mass destruction—a truck bomb—destruction of federal property resulting in death, and specifically killing eight federal police officers, for which he received the death penalty. That federal prosecution was, notably, supervised by Merrick Garland, now the U.S. attorney general.

Prosecutors also can shape how they present their cases in court. Research on the outcomes of terrorist trials after 9/11 found that (PDF) the more politicized the prosecution strategy, the more likely the case was to go to trial and result in a dismissal or acquittal; the highest plea bargain and conviction rates were among defendants facing traditional criminal charges. This suggests that politicization, at least in domestic terrorism cases, did not help the prosecution.

Plea bargains dispose of cases without lengthy trials or uncertainty about what juries might decide. Plea bargains also can elicit cooperation to advance ongoing investigations.

The Justice Department is also engaged in plea talks with January 6 rioters. Plea bargains irritate segments of the public, which often views them as letting defendants off too easily. Prosecutors know, however, that plea bargains serve useful purposes. They dispose of cases without lengthy trials or uncertainty about what juries might decide. Plea bargains also can elicit cooperation to advance ongoing investigations.

Just as important, plea deals erode the cohesion of the group. The hard-core extremists—those who planned to assault the Capitol or are responsible for violent assaults on police—are likely to be prosecuted to the fullest. But many Capitol invaders were ordinary people who incorrectly believed they were preventing an election from being stolen. Leniency for them can sever bonds between the misguided and truly dangerous.

Even among the hard core, plea deals can have devastating effect on their groups. The same paranoia that drives violence makes violent groups prone to suspicion and schisms. Prosecutors who can turn members on each other often shatter the group, as happened after a decadelong terrorist campaign in the 1970s by Italy's Red Brigades.

Outside the courtroom, extremist groups may still claim martyrdom, and that those who take plea deals were never members at all. While prosecutors are constrained as to what they can say during trial, the federal government needs to present the public with convincing support of their cases in readily understandable, apolitical terms.

Avoiding the creation of political martyrs does not imply appeasement; there is no compromising with ideologies of hate. But the justice system may have to be practical. Ultimately, President Joe Biden, who wants to defeat “political extremism, white supremacy, domestic terrorism” and yet also unify the nation, may choose to take the strongest steps to defuse tensions by strategically employing his power of pardon and commutation. It would be ironic, but those who rejected his legitimacy as president may end up depending upon his presidential authority for leniency.

Brian Michael Jenkins is an army combat veteran and currently serves as senior adviser to the president of the nonprofit, nonpartisan RAND Corporation, where he initiated one the nation's first research programs on terrorism. His books include Unconquerable Nation, Will Terrorists Go Nuclear?, The Long Shadow of 9/11, When Armies Divide, and The Origin of America's Jihadists.

This commentary originally appeared on NBC News THINK on May 10, 2021. Commentary gives RAND researchers a platform to convey insights based on their professional expertise and often on their peer-reviewed research and analysis.