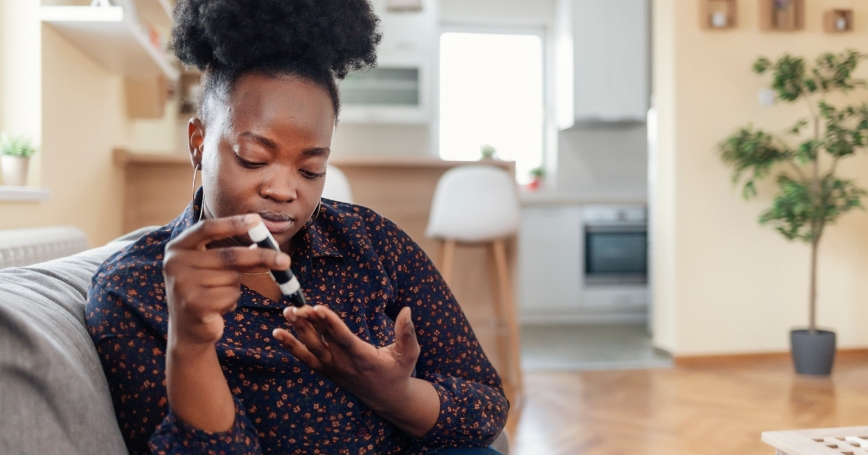 In our nation, babies are born into a system of well-child care—a series of planned health care visits designed to protect their health from day one through age six. But what about their mothers? No such system exists for them after the postpartum visit.

Our fragmented health care system offers no bridge across the chasm that separates maternity care and ongoing primary care. This chasm harms many mothers; for Black and Indigenous people, the gap in care too often means the difference between life and death. The U.S. maternal mortality rate is the highest among affluent nations, and Black and Indigenous mothers are 3.5 times more likely to die from pregnancy-related causes than are white mothers. One-third of these deaths occur between one week and one year postpartum (in the chasm); and for every maternal death, there are at least 100 near misses. When complications, such as hypertension and diabetes, are not followed by primary care after pregnancy, chronic illness can develop.

We write as scientists, clinicians, and advocates to argue for an emergency plan to fill the gaping hole in women's health care.

Pregnancy care should be conceptualized not as a singular event or series of events, but as a key source of information for women's health care prevention and treatment needs across the life course. Creating a bridge to support such health care could also help to address the persistent disrespect and racism commonly experienced by Black mothers in health care settings.

Pregnancy is a stress test on women's bodies, revealing clues about underlying and future health. Complications such as gestational diabetes, hypertensive disorders of pregnancy, preeclampsia, depression, and substance use disorder affect up to a quarter of pregnant people. These conditions play an important role in women's health in the year after birth and are harbingers of future chronic illness that can be prevented or ameliorated.

Gestational hypertension and preeclampsia, for example, double the risk for heart disease and stroke, the leading causes of death in women aged 35–54. Gestational diabetes, which occurs in about 10 percent of pregnancies in the United States annually, raises the likelihood of type 2 diabetes sevenfold in the decade after pregnancy. About one-third of the 10 million adult women with type 2 diabetes first had gestational diabetes, which could have opened the door to effective prevention. Yet for most the door does not open; only 20–50 percent receive the recommended testing and preventive care in the years following pregnancy. The physical, emotional, and economic burden of type 2 diabetes (estimated at $327 billion per year) and all chronic illness over one's life course is enormous for families and society.

Black and brown women have been the hardest hit by job loss and illness in their families and communities.

During the pandemic, mothers, especially those with young children, have suffered the greatest economic and mental health consequences. Women experienced the majority of job losses in the United States during the first year of the pandemic, even though they account for only half of the labor force, losing gains that took decades to achieve. Black and brown women, who already carry the largest burden of health inequities, lower wage work, the gender pay gap, and lack of support for childcare, have been the hardest hit by job loss and illness in their families and communities. COVID-19 and its unmasking of gender and racial inequities has driven home the urgency of the need to invest in the health and well-being of mothers beyond their reproductive health care, with laser-like attention to Black women.

What do we have to do to create a system of health care for mothers that mirrors well-child care?

The American Rescue Plan Act, with its child tax credit, investments in childcare, and allowance for states to choose to extend Medicaid coverage to pregnant mothers from 60 days to one year postpartum, is a step in the right direction. But there is much more that could be done.

Health systems could be held accountable to metrics that track the racism and disrespect in maternal health care. High-touch models of care (doulas, midwives) offered during pregnancy could be extended to the full postpartum year to assure follow up of complications and connection to primary care. Medicaid for pregnancy-eligible women could be extended to 365 days (instead of the current 60 days) and all insurers could manage integration between maternity and primary care providers. Reforms in electronic medical record systems could promote transfer of pregnancy experiences to future providers. Research funding could support the development of evidence-based approaches to assure that women stay connected to preventive care beyond pregnancy and the postpartum period, across their life course.

We would do well to honor mothers by establishing policies and practices that build a bridge between maternal care and well-coordinated primary care for mothers.

These and other changes are laid out in a recently released national agenda cocreated by a collaboration of women with lived experience, clinicians, researchers, advocates, policymakers, and health system leaders.

Given that women bear the burdens of pregnancy and child birth, we would do well to honor mothers by establishing policies and practices that build a bridge between maternal care and well-coordinated primary care for mothers. Individuals, for their part, can voice support for legislation and funding initiatives that invest in insurance coverage and continuous, coordinated care that mothers, particularly Black and Indigenous mothers, need long after babies are born.

Lois McCloskey is associate professor of community health sciences and director of the Center of Excellence in Maternal and Child Health at Boston University School of Public Health. Ann Celi is associate physician at Brigham and Women's Hospital and assistant professor of medicine at Harvard Medical School. Chloe Bird is a senior sociologist at the nonprofit, nonpartisan RAND Corporation.

This commentary originally appeared on Newsweek on May 9, 2021. Commentary gives RAND researchers a platform to convey insights based on their professional expertise and often on their peer-reviewed research and analysis.