The Signal and the Noise: Understanding China's Military Threats 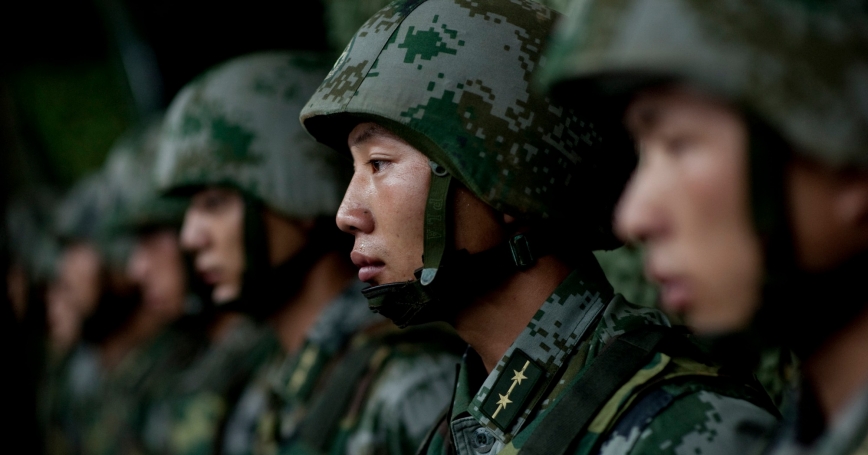 Photo by MC1 Chad J. McNeeley/Chairman of the Joint Chiefs of Staff

Last month, Hu Xijin, the editor of the Chinese state-run Global Times newspaper, made a startling threat on his Twitter account: “I believe once Australian troops come to Taiwan Strait to combat against the PLA, there is a high probability that Chinese missiles will fly toward military bases and key relevant facilities on Australian soil in retaliation.” This followed an earlier editorial he authored in his own newspaper, titled “China needs to make a plan to deter extreme forces of Australia.”

This appears to be the first public (and rather high-profile) Chinese threat of military action against Australia. Hu's threats received some coverage in Australia (and globally), but were generally cast aside as the now-unsurprising ravings of a bombastic Chinese government-tolerated provocateur. Yet Hu's threats suggest that as Australia-China relations enter a new, more confrontational era, Canberra is likely to be an increasingly frequent target of Chinese deterrence signaling.

In a new RAND Corporation report on Chinese military deterrence signaling, we provide an analytic framework to help Australian, U.S., and regional analysts and policymakers accurately interpret these types of statements, in order to distinguish the signal from the noise and respond to what matters. The impetus for this new report is the hallmark of Chinese General Secretary Xi Jinping's new era: Beijing's expanding ambitions, greater military capabilities, and growing communication channels for sending these signals, especially social media. Overall, we find that although China's capabilities and communication channels have changed, its fundamental approach to military deterrence signaling as a form of political coercion has not.

Although China's capabilities and communication channels have changed, its fundamental approach to military deterrence signaling as a form of political coercion has not.

We present a new framework to evaluate China's willingness for the use of force across five factors: (1) the strategic context as background, (2) the signal's content, (3) the intended audience, (4) authoritativeness, and (5) scope. We also offer a simplified list of six questions as a quick guide for policymakers:

Applying our new RAND framework to understand Hu's threats, it is clear that the Chinese government is not actually making a serious threat to use force against Australia.

For Factor 1, the strategic context, Beijing has not demonstrated a willingness to use military force to punish countries for simply discussing defending Taiwan, as Australian Minister for Defense Peter Dutton and Prime Minister Scott Morrison did. Indeed, Hu's threats are framed in a future hypothetical scenario, not military actions today.

For Factor 2, the signal's content, Hu's threats have not been accompanied by other Chinese government statements or military actions that would actually reinforce this message. China's Ministry of Defense spokesperson did comment on May 27, “Recently, the Australian side has taken a series of provocative actions, and some people have even incited confrontation and exaggerated the threat of war on Taiwan-related issues. Such actions are incredibly irresponsible. We express strong dissatisfaction and resolute opposition to that.” Yet there is no actual threat here, just criticism.

For Factor 3, the intended audience, Hu's editorial and tweet were obviously targeted at Australia, since they were written in English and not repeated widely in domestic Chinese language state-run media.

For Factor 4, authoritativeness, while Hu Xijin is well-known to foreign audiences for his Twitter persona, he and the Global Times do not actually represent the Chinese government's official views. Instead, the Global Times is better understood to reflect, as Jessica Chen Weiss puts it, “the bounds of acceptable policy debate in China” (and even Hu can run afoul of CCP censors at times).

For Factor 5, scope, Hu's explicit threats were not amplified by other Chinese government and media outlets, reinforcing the assessment his statements were more entrepreneurial messaging than an actual Chinese government deterrence signal.

In terms of our six-question quick guide, the only partial “yes” answer is that China has engaged in multiple rounds of nonmilitary signaling, especially via economic coercion, against Australia since 2020. However, that has been over Australia's growing number of diplomatic disputes with China, including support for a fuller international investigation into the origins of COVID-19, which the CCP is extremely sensitive about because of its potential to undermine CCP legitimacy at home and abroad.

In sum, Hu Xijin's threats are extremely unlikely to represent an authoritative Chinese deterrence signal to Australia today. This aligns well with the basic reality today: Despite Beijing's high-pitched rhetoric around Taiwan issues, as U.S. Chairman of the Joint Chiefs of Staff General Mark Milley testified to Congress recently, China is not actually interested in or capable of successfully invading Taiwan in 2021. Overall, the most important takeaway from Hu's threats is that they suggest Beijing's “Overton window” of acceptable Chinese policy discourse toward Australia has shifted to include the potential for military conflict, though such military planning was likely already occurring in private.

Looking to the future, however, Australia should consider how it will react to more credible Chinese military deterrence signaling. Canberra's more active military role in the region, deteriorating relations with China, and closer cooperation with the United States— including public conversations about military cooperation during a potential Taiwan contingency—mean that potential flashpoints with China will only increase in the coming years.

Nathan Beauchamp-Mustafaga is a policy researcher at the nonprofit, nonpartisan RAND Corporation, where he focuses on Asian security issues. His research interests include Chinese foreign policy, China–North Korea relations, China's Belt and Road Initiative, the Korean Peninsula and INDOPACOM posture.

This commentary originally appeared on The Diplomat on June 25, 2021. Commentary gives RAND researchers a platform to convey insights based on their professional expertise and often on their peer-reviewed research and analysis.