Cryptocurrency Should Be Added to the U.S.-Japan Trade Deal 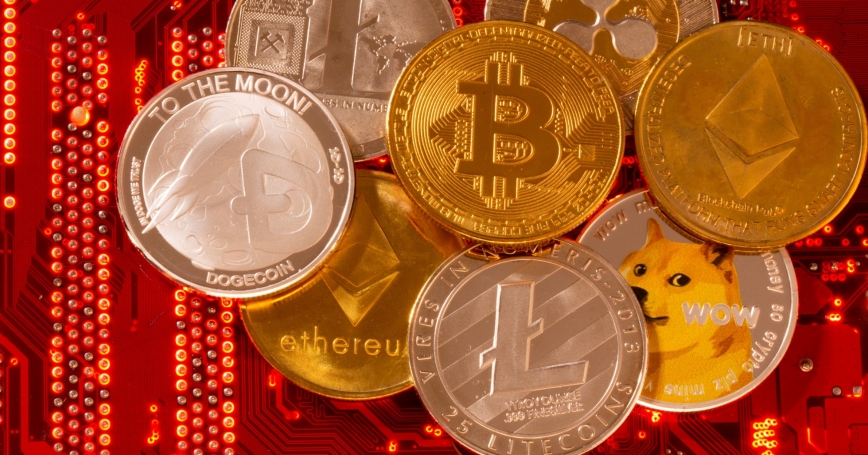 When the United States and Japan agreed on a Digital Trade Agreement in late 2019, they declined to include language governing cryptocurrency and blockchain technologies. Given that some of the earliest cryptocurrency markets began in Japan, and that many of the largest companies originate in the United States, this decision was somewhat surprising.

Today, the overall supply of cryptocurrency, or digital representations of cash, and associated financial blockchain technologies such as smart contracts and nonfungible tokens stands at over a third the size of the total U.S. monetary base.

As the Biden administration begins to define its approach to international trade, and the Suga administration looks to further tighten cooperation with the United States, it may be worth reconsidering the exclusion of cryptocurrency from the U.S.-Japan trade deal. If they do, the two sides could either negotiate a separate annex to the existing agreement, or redefine the interpretation of that agreement to include regulation of cryptocurrency.

The 2019 Digital Trade Agreement was a landmark document covering a range of topics not typically considered in previous discussions of international trade.

Trading an algorithm, the digital representation of a photo, movie, or song, is now a component of bilateral trade covered by an agreement that prevents the creation of new tariffs. According to the U.S. Bureau of Economic Analysis, the digital economy represents one in 10 dollars of all American output, or $1.8 trillion in 2018.

While the agreement only covers the U.S.-Japanese relationship, it is also a pacesetter, establishing low or no tariffs in the digital space, and was written in advance of other major international digital trade agreements. The agreement seems especially prescient given the fact that the outbreak of COVID-19 has driven much of people's daily lives online, a trend that seems likely to continue even if the pandemic is ultimately brought under control at some point in the future.

As the agreement (PDF) stands, some aspects of blockchain, particularly those elements not related to tokens or financial instruments, may land within the bounds of the tariff-free structure, though technically the agreement merely says no new tariffs will be imposed in this field. The reality, however, is that blockchain systems are often deployed alongside better-established networks, like Ethereum or Cardano, that do employ tokens and digital currency.

Developers around the world get a boost by not having to build a new peer-to-peer network, instead simply designing on one already available.

Developers around the world get a boost by not having to build a new peer-to-peer network, instead simply designing on one already available. Because those systems use digital representations to establish memory and storage fees, associated blockchains and digital goods could be defined as a financial instrument, and thus be subjected to tariffs not waived by the Digital Trade Agreement. That would represent a policy trade-off since these open-source cryptocurrency systems are considered to have some of the most rigorous defenses to cyber intrusion and hacking, important security aspects also addressed in article 19 of the digital trade agreement.

Additionally, since blockchain technologies are increasingly being considered for escrow functions—the temporary holding of money or a bond pending a contract resolution between two parties, a practice common not just in real estate but also in settlement practices for shippers and vendors awaiting payments to clear—there may be a real case where tariffs could be backdoored onto businesses hoping to trade in digital and physical goods as long as digital currencies remain excluded from the agreement.

Japan and the United States have at least two potential pathways forward if they are interested in an agreement covering cryptocurrencies.

First, Washington and Tokyo could simply negotiate a separate agreement, or an annex to the existing Digital Trade Agreement, that would cover cryptocurrencies and digital representations of financial instruments. Alternatively, a second option could be to resolve some of these concerns by jointly reinterpreting the terms of the existing 2019 agreement, since, in some sense, the details of cryptocurrency and associated smart contracts, digital authentication, signatures, and algorithmic code are already included in the language of the existing document.

The respective trade representatives could simply make explicit their intent to agree to treat these aspects of cryptocurrency and smart contracts as falling under the Digital Trade Agreement.

Ultimately, whichever approach Washington and Tokyo decide to adopt, given the size and scale of the overall U.S.-Japan trade in goods and services, worth $252.2 billion in 2020, the two sides have substantial economic equities at stake. Moreover, given the continued growth in digital currency and e-commerce in both countries, it is likely that cryptocurrency and associated blockchain technologies will play an increasingly important role in trans-Pacific economic ties.

Finally, in addition to the foregoing considerations, a U.S.-Japan agreement on digital currency could help set norms and rules for new technologies that favor a liberal international trading order by establishing a clear and consistent regulatory framework to govern their role in trade. For these reasons, a clear, jointly-negotiated U.S.-Japan agreement toward regulating the use of cryptocurrencies in international trade may be an idea whose time has come.

This commentary originally appeared on Nikkei Asia on July 28, 2021. Commentary gives RAND researchers a platform to convey insights based on their professional expertise and often on their peer-reviewed research and analysis.